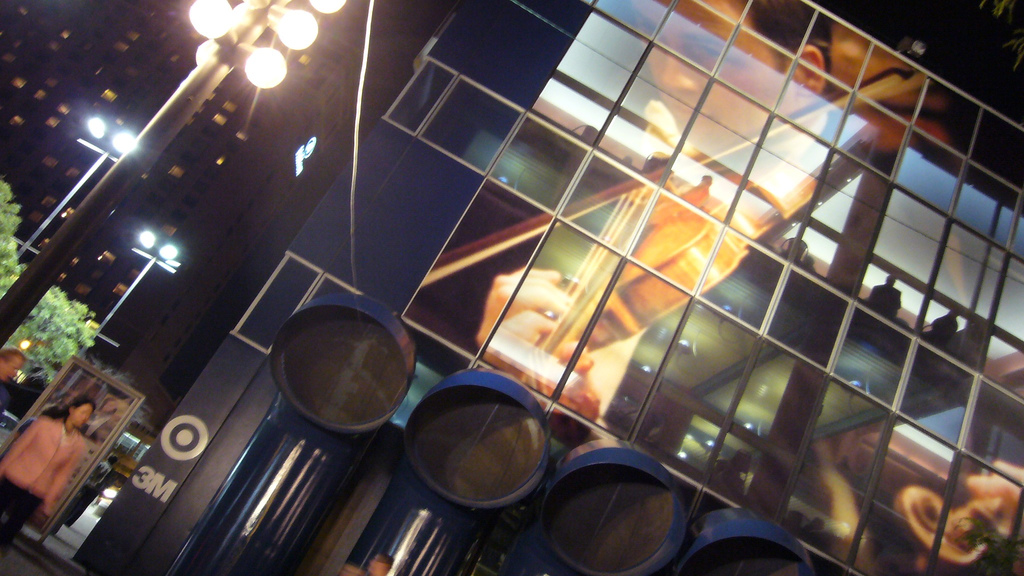 If you want to know who’s responsible for the contract stalemates with both major orchestras in town, point your fingers at Rupert Murdoch, the Koch Brothers and every other hand twisting the screwdriver of economic conservatism. They’ve proven that if you devote enough millions in campaign contributions and televised propaganda to the demonization of unions, you can turn whole swaths of working-class Americans into self-bashing misogynists.

How else to explain how we, as workers, have come to embrace the narrative that we’re expendable, replaceable and lucky for the jobs we have? Today, everyone knows someone—perhaps even the person we glare at each morning in the mirror—with white-knuckled grips on tenuous jobs, thankful when cuts to salaries and benefits only carve away flesh and not bone.

Unions, at their root, are designed to fight such threats. Workers, as collectives, still have power not available to individuals. But the commitment from those in power to weaken, undermine and dismantle unions is winning this tug-o-war, against teachers, nurses and, now, orchestral musicians.

When the Minnesota Orchestra’s management went public in August with details of its contract negotiations with musicians, it did so banking that the general public, in the culture of today’s economy, would judge the musicians, who even by their own standard are well paid, as greedy, spoiled, out of touch, and thankless for the good fortune of being paid such sums for this profession. Management’s current proposal would trim the musicians’ average annual salaries from $135,000 to $89,000. So it’s difficult, on the face of it, for the musicians to engender much sympathy from people who likely earn considerably less in jobs that don’t appear nearly as fun.

Also, management must feel buttressed by the calendar. During this season of reconstruction at Orchestra Hall, it has calculated that time is on its side. Don’t be surprised if it’s willing to sacrifice the 2012-13 season altogether, with the hope not of compromising toward a contract, but of changing the very expectation—inside and outside the orchestra—of what a top-flight musician is worth. At worst, their thinking must go, the orchestra loses a season of second-rate sound and ambiance and money-losing concerts in the Minneapolis Convention Center.

To be sure, even in normal conditions, concerts and the rehearsals leading up to them are money-losing propositions—and always have been—for professional symphony orchestras everywhere. Each year, orchestras draw on endowments built through investments of corporate and private contributions, and they count on the support of foundations and, at least in Minnesota, governmental funding to keep their noses above water. Minnesota Orchestra ticket sales this season, in particular, promise to be a struggle. Orchestra Hall will reopen next fall.

But management’s tactic is calculated, craven, callous, corrosive and cowardly—emboldened and made possible, in no small part, by the bullying that has happened in places as disparate as Wisconsin’s legislature, Chicago Public Schools, Northern California hospitals and the worker breakrooms of union-allergic Wal-Mart, and championed across the commentariat at the Wall Street Journal, Fox News and the Drudge Report.

By going public, the management of the Minnesota Orchestra told their own musicians they’re overpaid—not in context with these economic times, mind you, but in general. Management has refused to open its books to an independent analysis—how well has that worked for Mitt Romney?—and also refused binding arbitration. How do you negotiate with honesty and integrity under this rubric and, at the same time, tell the public you’re committed to fielding a world-class orchestra? How do you hope to again work with these musicians from a position of mutual purpose and trust?

In fairness, the musicians are also hamstrung by their own culture—the world of professional symphony orchestra musicians. With their contract that just expired, the musicians of Minnesota Orchestra earned a minimum salary of $109,000. Only seven American orchestras pay their musicians more—even with management proposals that would cut musicians’ salaries by between 30 to 50 percent, the average salaries with the Minnesota Orchestra would still place them in the top 12 of American orchestras. But these musicians see themselves, with some support from the country’s most revered critics, as worthy of placement in or near the top five. At least some of these musicians have rejected management’s offer on the principle that they should earn more than, say, members of the Detroit Symphony, who earned an average minimum last season of about $81,000 (10th highest in the country).

Here we get to another management calculation: The threat of losing musicians to better-paying orchestras is minimal. Make no mistake—some musicians with both local orchestras are taking auditions elsewhere, but competition for the few open seats with top-tier orchestras is ferocious, and for musicians who’ve built homes, families and lives here, moving to a new city and orchestra likely to face labor issues of its own in the years ahead carries its own risks and uncertainties.

And here’s the most craven part of management’s play: Even in the unlikely event musicians fly out the door, management believes the concert-going public won’t, ultimately, discern the difference with replacements, or care. This is the calculation I recognize all too well from my decade at the St. Paul Pioneer Press, where the most seasoned reporters have been pushed out the door for reporters they can pay less. And when those reporters move on to better newspapers or leave the field altogether, there are more young journalists waiting to replace them. Quality never comes into the equation. If newspapers need to reduce their printed product from daily to three or four times a week (see the New Orleans Times-Picayune), so be it. All the while, circulation at these papers continues stagnating or declining, as does ad revenue, and little is said or done about reinventing the business model.

The same plot line is playing out with our two orchestras. In a 90-piece orchestra, does it matter to audiences whether the concertmaster is Erin Keefe or another, lesser but unarguably skilled violinist? Are there fabulous yet underemployed percussionists, horn and wind players who would happily accept a salary of $80,000 to play in a reshaped Minnesota Orchestra? Absolutely. As it is, virtually every concert includes at least a couple of unionized musicians hired to replace ill or otherwise absent orchestra members. Can even the most discerning concert-goer or donor tell the difference in quality? Who knows.

The management of The SPCO has been far more delicate and charitable in its rhetoric than their counterparts across the river. Still, the SPCO musicians are in a precarious position. This is a group that has already, through recent years, accepted big cuts in pay in exchange for a greater say in the programming. Now, along with reduced salaries, they’re facing a proposed cut to the number of salaried musicians in the orchestra—from 31 to 28. At least here, there is an artistic argument to be made for such a cut. Few pieces performed by The SPCO call for all 31 staff musicians to be on stage. Indeed, the orchestra often performs sectionals and other works requiring far fewer musicians. A trimmed-down orchestra could reasonably return to its focus on smaller chamber works, and the economic benefits are obvious.

Neither side in these negotiations has shown the humility or courage to suggest a new business model, that the very framework that has for half a century supported fulltime professional orchestras—generous giving, corporate sponsorship, support from the government and nonprofit foundations, shrewd investments and strong concert attendance—is irreversibly broken.

I’d like to see the musicians of both orchestras give serious and studied looks to breaking away from their parent organizations and forming new, co-op orchestras. Their connections and credibility within the community could attract professional assistance with virtually every non-artistic aspect of the operation, with committees of musicians involved with marketing, grantwriting, donor development, securing sponsorships and venues, contracts and other duties now delegated to fulltime staff. The musicians would certainly earn smaller salaries, but they would control innovative, streamlined operations focused on the music. More important, they would control their own destinies.

Under this scenario, as unrealistic as it might seem on the surface, one of two things would happen—the musicians would discover they can, indeed, support high-caliber symphonic and chamber orchestras in a 21st century economy, or they’ll learn they can’t. In either case, they’ll learn something that just doesn’t seem attainable in their current negotiations—the truth about their value to the community.