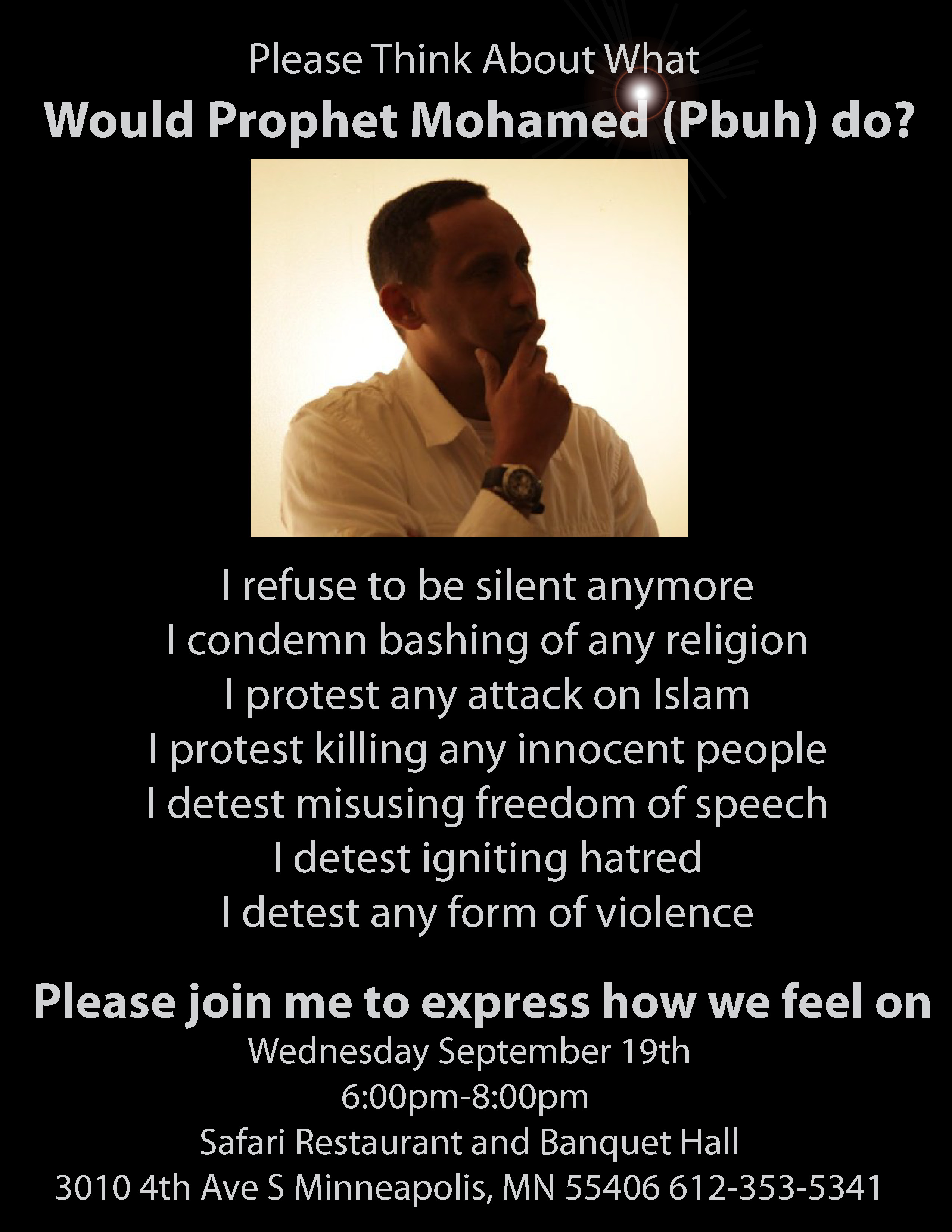 Abdirahman Ahmed called Monday afternoon to tell me about an event he is planning for the silent majority, to give an opportunity to talk about the anti-Muslim film and the violent response to it in the Middle East.

There are two groups of people who are very loud, he told me: the people who are igniting and instigating the problem and the people who are reacting crazily. “The larger community is quite silent,” Ahmed said, “so I am giving them a platform. People I know are extremely ashamed of what is happening.”

As the owner of the Sahari Restaurant at Lake Street and 4th Avenue in Minneapolis, Ahmed is inviting the public to come on Wednesday, September 19, from 6-8 p.m. to share their thoughts and reactions.

The flyer for the event has his personal statement:

I refuse to be silent anymore.

I condemn bashing of any religion.

I protest any attack on Islam.

I protest killing any innocent people.

I detest misusing freedom of speech.

I detest any form of violence.

For another reaction from Minnesota Muslims, see In response to the recent anti-Islam film controversy, a blog post by Feda Wazwaz.