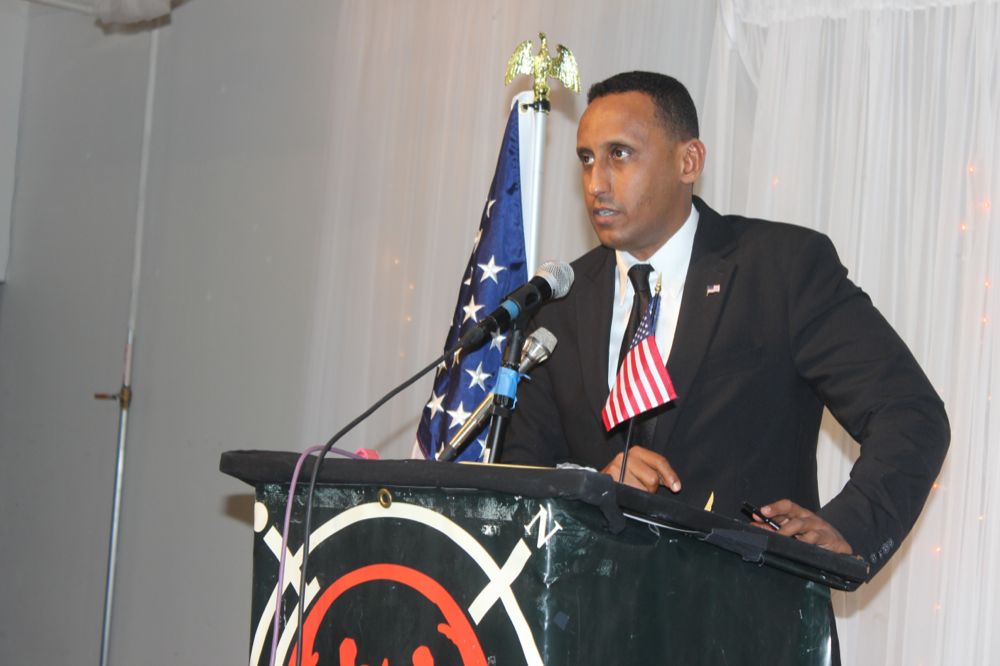 The Californian-produced anti-Islam film, which triggered violent riots in much of the Muslim world and led to the Sept. 11 killings of four Americans in Libya, isn’t a concern for more than 50 Somali community members, who gathered September 19 at Safari Restaurant and Banquet Hall in Minneapolis.

Safari Restaurant owner Abdirahman Ahmed initiated the meeting and called for the Somali community leaders to express their feelings toward the anti-Muslim movie and the ongoing protests sparked due to the anti-Islam film.

Some of the participants didn’t even bother watching the 14-minute amateur trailer for the film “Innocence of Muslims,” which depicts the prophet Muhammed as a womanizer, child molester and criminal.

“I didn’t want to watch the movie,” said community member Fozia Abdullahi. “The producer wants to make us watch it and get us all angry…we’re not doing that.”

Speaking at the event, the Twin Cities Somali community leaders, Imams and businessmen condemned the film. But what they really spoke of profoundly and denounced was the violent protests, which have been intensifying throughout much of the Muslim world.

“Islam does not teach violence, but tolerance and respect,” said Abdirahman Ahmed, co-owner of Safari Restaurant. “It’s OK to express your feelings and speak out against the film, but it’s wrong to react with violence.”

This week marks the second week after the deadly protest in Libya, which left dozens of people dead, including U.S. Ambassador Christopher Stevens and three of his staffers. [EDITOR’S NOTE: In contrast to the initial violence, the New York Times reported 30,000 Libyans marched through the streets Friday protesting the murder of the popular ambassador and demanding an end to the militias that led the violence.]

Even though thousands of Muslims live in the Twin Cities and its rounding suburbs, there hasn’t been visible local protest condemning the film or the attacks on the American diplomats in the Middle East.

Minnesota Imams recently held a private meeting regarding the ongoing issue, but there hasn’t been an official report on a course of action yet, said Hassan Mohamud, Imam of Da’wah Islamic Center in St. Paul.

Some of the points suggested during the meeting included holding a peaceful protest against the film and joining other faith groups in proposing a bill that prohibits insulting religious figures.

“Minnesota Imams are responsible and care for the wellbeing of the Muslims,” Mohamud said. “We should be very careful about when we protest and how we approach it.”

The anti-Islam film came out a month after a rampage at a Sikh temple in Wisconsin that left at least six people and the gunman dead. Three others were wounded.

A day after this deadly attack at the Sikh temple, which some said may have been mistaken for Muslims, an Islamic center in Missouri was burned to the ground.

Because of these incidents and increased tensions around the 9/11 anniversary period, some said the Minnesota Muslim community is avoiding large protests, fearing to encounter negative consequences. But Ahmed encouraged the community to speak out.

“It’s important for us to express our feelings and exercise our freedom of speech,” he said.