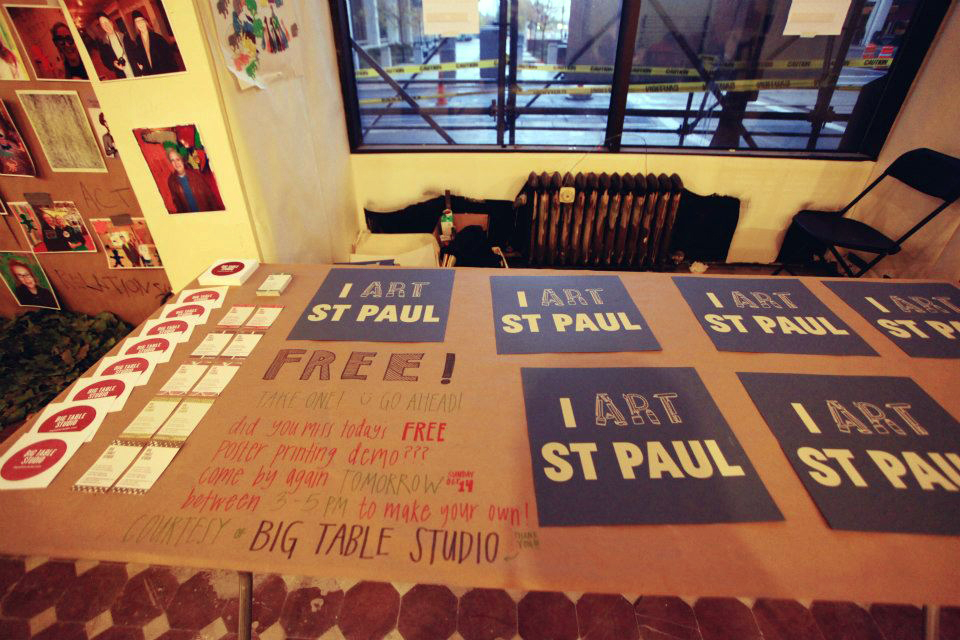 The Minnesota Museum of American Art (MMAA) has been without a home for a long time now. While hopping from space to space for over a century can have its advantages, after a while it’s nice to have a place to call your own. In 2009 the MMAA vacated its residence at the Ramsey County Government Center, and since then it has focused on touring works from its collection of approximately 4,000 pieces throughout the Midwest—as it has since 1909.

From mid-century crafts to modern drawings, the MMAA has brought its vast and incredible collection of American art from the 19th century and beyond to places that don’t often get such viewing opportunities. Now, finally, after three long years the MMAA is taking steps to make its current space at the Pioneer Building on 4th and Roberts in downtown St. Paul its permanent home.

Founded as the St. Paul School of Fine Arts in 1894, the museum began presenting traveling exhibitions and art engagements in 1909 and started its own art collection in 1927 for instructional purposes. Since officially becoming the Minnesota Museum of American Art in 1992, the MMAA has been temporarily housed in the Jemne Building, the Landmark Center, and the West Publishing Company, among many others. In October, the museum opened a new gallery space in the Pioneer Endicott Building; the MMAA Project Space is a step towards potentially making the space the museum’s permanent residence and bringing its physical presence back to the Twin Cities.

MMAA executive director Kristen Makholm, who is spearheading the project, says that as St. Paul’s only visual arts museum the MMAA strives to bring art outreach, education, and opportunities to the community and to both emerging and established artists alike. It’s necessary that the space allows for galleries, classrooms, storage, and offices in order to make way for exhibitions, film showings, art classes, performances, and artist talks. The building itself is located in the Lowertown arts district and has access to a skyway and easy public transportation, especially with the completion of the Central Corridor light rail line.

Currently, the Project Space is still under construction for its December 1 opening exhibition Painting the Place Between. I spoke briefly with MMAA director of engagement Christina Chang about the concept and inspirations for this exhibition. She said that the 17-piece show features landscape paintings that represent the experience of the landscape and the feelings that certain settings evoke. The name of the show and the chosen pieces are influenced by a documentary of the same name by co-curator and filmmaker Kristen Lowe, based on the work and process of four contemporary artists who discover and paint Minnesota’s major landscapes. Clips from the film Painting the Place Between will be shown alongside the artwork, depicting how artists interpret the space they are translating to canvas and how viewers relate to those images.

The MMAA will start hanging the artwork for the show next week. While its renowned catalogue of works is not available to be seen by the public outside of exhibitions, the show will present pieces from the collections of many of the MMAA’s contributors. Painting the Place Between will be on display in the new MMAA Project Space from December 1 to February 7.