It’s no secret that human trafficking is a widespread crime. All one has to do is look at last month’s FBI Operation Cross-Country, which recovered over 100 teens across the United States. Human trafficking is also one of the oldest crimes against persons, or as Vednita Carter, founder and executive director of Breaking Free, aptly calls it, the “world’s oldest oppression.”

But Minnesota lawmakers are crossing the aisle to put an end to one of the greatest human rights atrocities in our country: the buying and selling of human beings for sex.

Let’s be clear. We’re talking about the buyers of sex. The “johns.” Or, as Minnesota statute defines them, the “patrons.” Rep. Nolan and Sen. Klobuchar propose a step that needs to be taken if we are to stop the buying and selling of our children for sex. Their legislation recognizes that it’s not just the “pimps” who are part of the human trafficking equation, it’s the men who believe they are entitled to sex when and how they want it, so long as they pay for it.

Paulsen’s bill addresses head-on one of the barriers to effectively providing services to sexually exploited children: Our child protection systems often fail to see these kids, to recognize them as crime victims, and to extend protection.

And Sen. Al Franken, long a champion of efforts to end human trafficking, this session joined his Minnesota colleague in support of increased reporting and data collection efforts by signing onto S. 413, the Human Trafficking Reporting Act, another bipartisan effort.

Congressional efforts to end human trafficking take their place alongside innovative state approaches, including Minnesota’s ground-breaking Safe Harbor for Sexually Exploited Youth Act. Safe Harbor put in place the beginnings of a response to sex trafficked children by recognizing these kids as crime victims and establishing the framework for statewide services – including safe housing – designed to meet their complex needs.

Safe housing and other services form the backbone of an effective approach to getting victims out of the life of trafficking. Unfortunately, the legal response to human trafficking continues to reflect the long-held ambivalence about prostitution, which continues to rescue victims by arresting, detaining, and prosecuting them rather than by focusing efforts on the traffickers – both the “pimps” and the “patrons.” 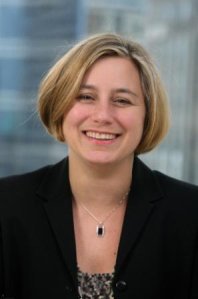 The latest efforts by Minnesota’s congressional delegation focus public policy where it counts by defining “patrons” as what they really are, by ensuring that child protection measures include trafficking victims, and by making sure we know what’s really being done in efforts to combat trafficking. We have a long way to go, but Minnesota’s efforts again will help lead the way.

Michele Garnett McKenzie is director of advocacy for The Advocates for Human Rights.