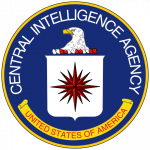 U.S. District Judge John R. Tunheim says the Central Intelligence Agency “probably misled” a panel he led in the 1990s seeking documents related to the assassination of President John F. Kennedy. That’s because the CIA didn’t tell Tunheim that its liaison to a panel that preceded his Assassination Records Review Board had been involved with anti-Castro Cubans in Miami who tangled with Lee Harvey Oswald in 1963.

The New York Times reported Tunheim’s remarks in a front-page story Saturday on Freedom of Information Act (FOIA) requests by Minneapolis-born journalist Jefferson Morley, formerly an editor at the Washington Post and past national editorial director for the Center for Independent Media, the Minnesota Independent’s nonprofit parent.

After years of pressing the CIA to release its records, Morley got an appeals court earlier this year to force the agency to ‘fess up to George Joannides’ role as case officer in Miami at the time of Kennedy assassination. But the CIA still has nearly 300 documents about Joannides it won’t reveal, citing “grave” national security concerns.

Tunheim told the Times he may ask the CIA for redacted versions of the documents even if Morley is ultimately stymied by the Washington, D.C., federal court.