Juanita Jackson Mitchell (1913-1992) only lived in St. Paul for four years, but her impact during that stint laid an eventual path to many firsts in Minnesota. The Juanita Jackson Mitchell Crusader for Freedom Exhibit, a compilation of Mitchell’s personal photographs and other artifacts, was on display at the State Capitol May 8-14. 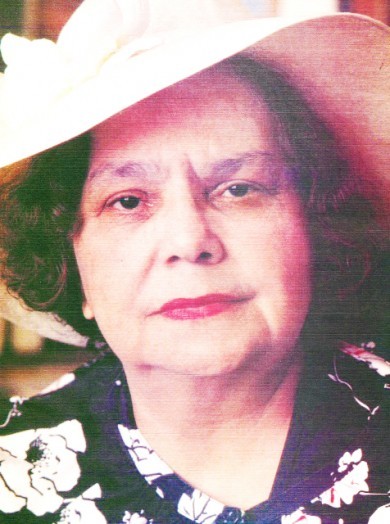 It is a traveling exhibit on loan from Roland Park Country School in Baltimore, Maryland, where it was established in 1995, three years after her death in 1992 of heart failure at age 79. “This exhibit [is] about her life,” Minnesota State General Counsel Micah Hines told the MSR prior to the May 8 opening program and tour. Mitchell is her grandmother.

Two decades earlier she cofounded the Baltimore Citywide Young People’s Forum in 1931 that helped find jobs for Blacks during the Depression. She was special assistant to NAACP National Secretary Walter White in 1936, and was the organization’s first youth and college division national director.

Juanita Mitchell, by then married, came to the Twin Cities in 1937. She traveled the state speaking on race relations, anti-lynching efforts and integration, and helped revived the then-dormant Minneapolis and St. Paul branches of the NAACP.

“Both branches had been inactive for about five years” before Michell arrived in the Twin Cities, learned Hines. “She worked with Lena O. Smith, the first Black lawyer in Minnesota to revive the branches. The exhibit talks a lot about her connections, her life, and the Civil Rights Movement.”

The Mitchells then moved back to Maryland in 1941, where Juanita continued her “freedom fighter” work for the next five decades.

Hines called the exhibit “not just our Black history, but I see it as Minnesota history, and we celebrate that collective history and the progress we’ve made together. It tells our story in the way that it actually reflects what happened. A lot of people try to diminish the gains [Black] people actually made. We have to tell that story and tell it accurately.”

Dr. Josie Johnson reiterated this last week during her remarks at the Capitol. 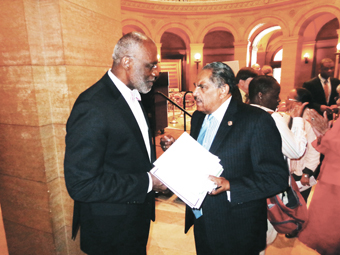 “Our youth need to hear the stories in their role in the struggle,” she noted. “They need to know about Miss Juanita Jackson” and her work as a young adult, all before Jackson was 22 years old. Johnson reminded the audience that today’s Black youth “need to know their worth and value” and can look at Mitchell’s legacy as a prime example.

Michael Mitchell, Juanita Jackson Mitchell’s second-oldest son, said his mother entered law school when he was nine months old. “My earliest recollection of babysitters was old bald-headed White men in black robes as she would park me in chambers as she would go” argue cases in court, he pointed out. “She led a picket line arm-and-arm with Paul Robeson,” he said proudly.

Mitchell had “an unbroken spirit as she fought for freedom and equality and inspired everyday people,” added recently-named Minnesota Supreme Court Associate Justice Wilhelmina Wright, the first Black woman on the state’s high court. Both Wright and fellow Minnesota Supreme Court Justice Alan Page later told the MSR that they both are indebted to Mitchell’s work, especially after they learned about the legendary woman.

“It’s the work of Juanita Jackson Mitchell and all those she worked with that lift up those of us who are following after her,” said Page. “Without those who had done that lifting, we would be in far worse shape than we are today.”

“I’ve known about the [Mitchell] family for so long and their leadership,” added Wright.

“She was one of those pre-1950s and 1960s freedom fighters that you never hear about and goes unnoticed,” noted St. Paul NAACP President Jeffry Martin on Mitchell. “She opened public accommodations, de-segregated schools and exposed police brutality.”

“The reason why I became a lawyer was because of their influence,” said Hines of her grandparents. “My grandfather [Clarence Mitchell] became the very first director of the St. Paul Urban League and was very good friends with Cecil Newman [the founder of the MSR]. They were of the old school where lawyers were agents and engineers of social change.”

Michael Mitchell afterwards told the MSR that he realized as a youngster his mother’s soon-to-be-historic importance “at the moment Thurgood Marshall and Langston Hughes came into our house to have dinner,” he recalled. “She said God expects you to get up and stand up erect and fight for your people, and you have a responsibility to give back to people.

“You couldn’t help it if you were in our household — you were on a picket line or helping to do things,” said Mitchell.

“I am delighted that the exhibit was brought here so we can learn from it. We have to carry on that legacy,” concluded Wright.

Information from the Maryland State Archives contributed to this article.