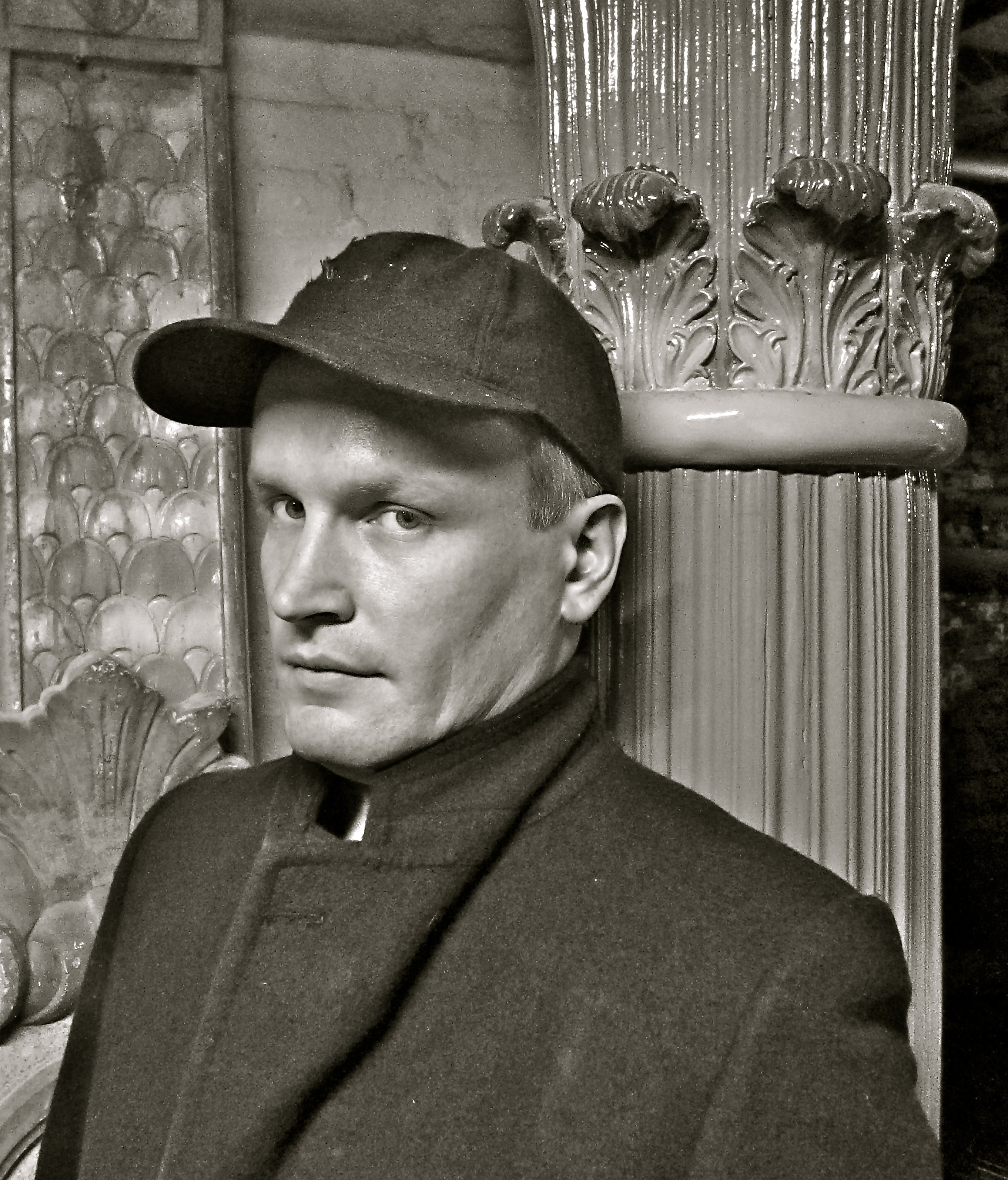 Mom and I just keep running into people, some of whom we know, others we’re meeting for the first time in lines waiting to get into shows, who have one thing in common – when we ask them what shows they’ve seen that they like, they mention Sousepaw, the latest visiting production from Shelby Company out of New York.

“I wish I could line up our days so we could be young and stupid together.”

Mom and I got to see Sousepaw for ourselves last night and we heartily concur. We didn’t really need the recommendation, however, since we’ve been fans of Shelby Company for a couple of years now. The Shelby Company are good people and they do quality work. They love our Fringe, and it’s nice seeing the Fringe audiences start to love them back in equal measure. In fact, the night we attended, it was a sold-out house.

“Like everything is frozen, just waiting for you to come back. Like you’re the star of the book.”

The success of Sousepaw: A Baseball Story shouldn’t surprise me. After all, it has “A Baseball Story” tacked onto the title, and old-time baseball photos in its marketing campaign. Theater is much more palatable for some folks if it comes liberally mixed with not just sports metaphors, but sports itself as the subject matter.

“I realized how little of my life I’d been using.”

Shelby Company’s previous outings at our Fringe were a bit more on the fringe themselves – the fantastic, mystical Dan Moyer script Winnemucca (three days in the belly) in 2009 [which, frankly, blew my mind and still does], and the rotating collection of oddball shorts which comprised Uncle Shelby’s Traveling Treasure Trunk last year. While Sousepaw is by no means your standard evening at the theater, it comes in a most reassuring package. And now that these folks have got a taste of Shelby Company’s fine work, I venture to say they’ll be back for whatever happens the next time they come to town.

The script, by Jonathan A. Goldberg, concerns a night in a Texas hotel in 1913, when down-on-his-luck baseball player Rube Waddell (James B. Kennedy) steels himself for a big meeting the next morning with a team representative who may give him a job and start him on the road to a comeback career in the major leagues. In order quiet his nervous spirit, and keep himself away from the booze (which torpedoed the first chapter of his big league pitching days), he contemplates a book made of pictures of puppies and kittens he’s culled from magazines. He also orders up a little human companionship, in the form of the Reptile Girl (Ariana Venturi) from the local circus.

“We’ve all got a long stretch of road we don’t like walking, but that doesn’t mean at one time it wasn’t funny.”

After a little wrestling in her alligator costume (no, that’s not a euphemism), the baseball player and the reptile girl start to really get to know one another as human beings. Rube is convinced that this time things will be different. The Reptile Girl wants to believe that maybe she can unpack her suitcase in this hotel room and leave the circus behind for good. These two both have their demons, and they surface as demons often do. But despite his often brutish outbursts, there’s a tenderness and innocence to Rube. And despite scars and bruises both literal and spiritual, the Reptile Girl still believes in the possibility of happy endings, or at least starting over. The audience gets invested in these characters deeply, and longs for them to succeed. Woven among the many heartaches these two must face is a lot of humor, and a heart that continues with a steady beat.

“Everyone was just a grey-eyed stranger knocking at the door, full of promise, pockets full of stars.”

Goldberg’s script is a beautifully written character study and director Luke Harlan guides the two actors through this story making the most of every intimate moment. It feels like you’re watching two people trying to live their lives, not two characters in a play. (The fact that Waddell actually *is* a real person is almost beside the point.) The whole production is so simple, yet mesmerizing.

“It’s the height that makes a braver man.”

Welcome back, Shelby Company. Thanks for reminding us how it’s done. (Good theater always makes me want to do better work myself. It’s the kind of welcome inspiration the Fringe regularly provides.)