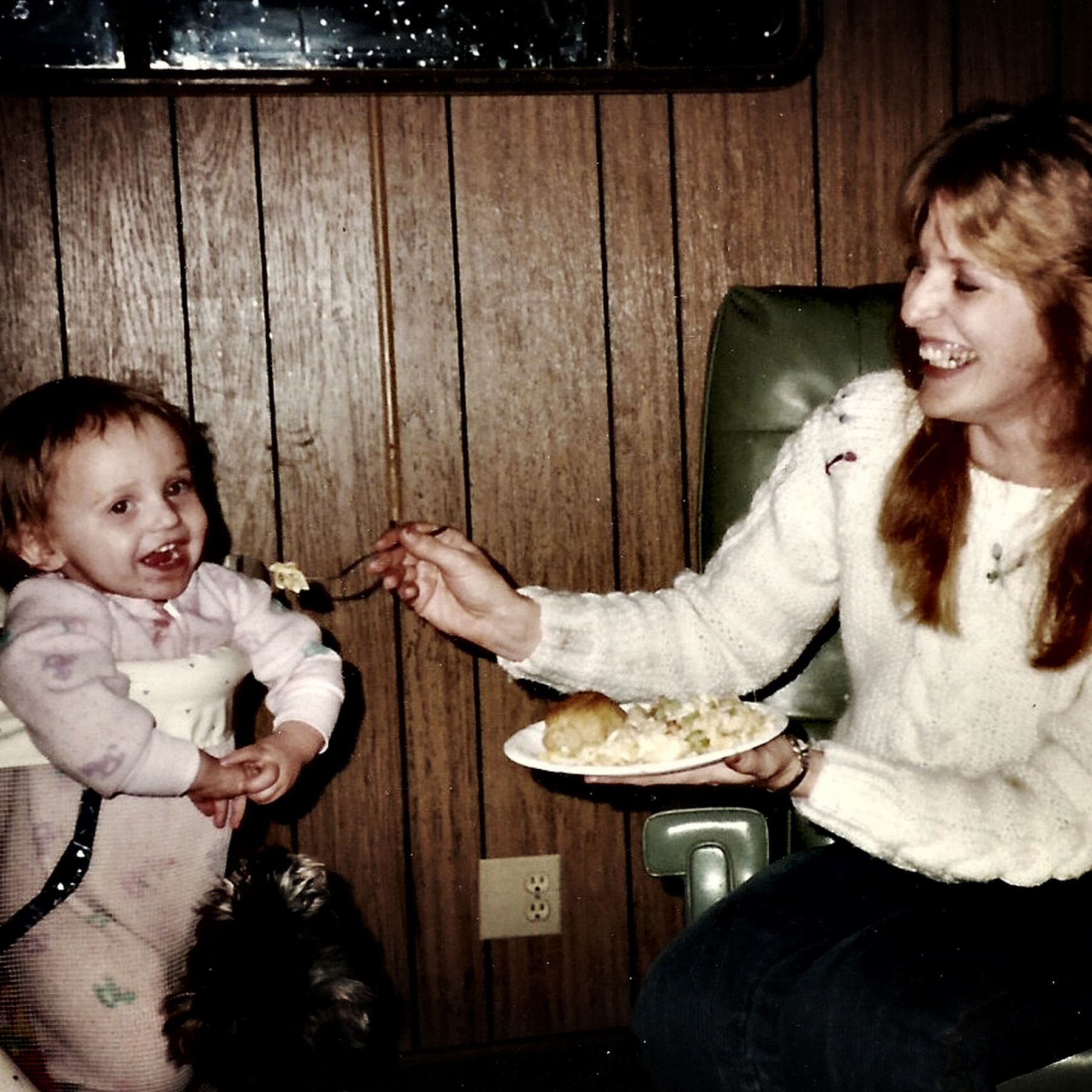 Considering I spent the first six days of the Fringe seeing shows with my mother, Son Of A __________! from Paper Crane Theatre was a great final show for Mom to close her Fringing year. Why? Because it’s all about a mother and her gay son, of course. Also a great final show for Mom because it’s good to go out on a high note. And Son Of A __________! is a really solid piece of theater.

“I come from a family of liars. Big ones.”

The first thing that strikes you about Son Of A __________! is the set and costume design. As you wait for the show to begin, you are faced with a stage on which a table and two chairs have had their surfaces painted with random numbers. When the musicians walk out, they, too, are clad in shirts and slacks with numbers painted on them. The two actors, when they arrive, same thing. Fringe has gotten me so used to barebones theatricality that when someone actually takes the time to orchestrate the space with a metaphorical design element, it makes a bigger than expected impact. The meaning of those numbers (no, this isn’t Lost), as well as the meaning of the many tiny colorful spiral notebooks littering the front of the stage, comes into sharp focus only in the play’s final minutes. The clues, however, are threaded through the narrative in meaningful but unobtrusive ways. It’s a lovely payoff.

Also paying off in surprising ways is the use of movement. Levi Morris (writer/director/performer) has orchestrated this whole production with great eye for the choice of just the right details and use of patterns in all the right places. He also has a well-developed sense of when to let things go unexplained, and when to explain them, also when to break those patterns of movement. For instance, there is a woman onstage (Elizabeth Behnke) who never speaks, but we learn through her interaction with Morris that she is a stand-in for his mother. In the opening sequences, when Morris is younger, the mother character walks over, gets Morris set up physically in space, then passes a hand up over his face to start the scene in motion. At a point partway through the action of the play, Behnke leaves the stage. Morris is older. He is on his own. He must find a way to get himself into position and started on the next task. Behnke is gone just long enough that when she reappears at the end, the visual of her reuniting with Morris on stage lands with real impact.

“Will you hold this (prop)? It’s going to be really important later, I promise.”

The play also opens with an extended sequence of movement which is almost a dance. The moves clearly have meaning, beyond just a human body cutting a path through space, but their exact meaning is unclear, until the end. After witnessing the course of the mother/son relationship, Morris repeats the opening movements again in which Behnke so reluctantly enlisted him at the start. This time, Morris narrates the dance. Just brief phrases. But they, and the movements, are call-backs to the various scenes which have gone before. It’s a clever, efficient summing up, and again, because we’ve followed these characters through this sequence of time, the return to this dance, now done by the son alone, packs a punch.

“Her eyes are wild but defeated. She cannot save the house.”

The use of music is also finely calibrated. Sarah Gillund performs on keyboard with Kathleen Watson on cello(?) (viola? I’m horrible with identifying musical instruments sometimes. All I know is she wasn’t standing so it wasn’t an upright bass. Large stringed instrument, sitting down so… cello or viola). The original music, by Gillund, Watson and Rachel Goble, stays on the right side of the musical soundtrack line usefully reinforcing the action, never straying into being emotionally manipulative. Another element working seamlessly as part of a larger whole.

“I try to cry at least once a month.”

Morris is a game performer, never afraid to look ridiculous, and thus he never does. As the one doing all the talking – mostly as different versions of himself, sometimes as his mother – he’s shouldering most of the load for the production, and he does it very well. His confidence and stage presence go a long way toward making the production work as well as it does. Though silent, Behnke is nonetheless a formidable presence, and she and Morris work extremely well together.

Ultimately, this isn’t a complete portrait of either mother or son, but it isn’t meant to be. Who can ever truly know themselves, or their parents? But Morris is way ahead of most of us, taking his family story and structuring a coherent narrative framework around it. Picking through key incidents and smaller moments which reflect the sum of a human being. It’s a linear narrative, but with a lot of blank spaces (given the title, this isn’t unexpected) – because it isn’t Morris’ whole life, or even his mother’s whole life, just the thread of their lives which they shared together.

“The keys are in the ignition. The van is still running. My mother is halfway up the steps. My heart is still beating.”

There’s just one tiny step missing here and it’s the space between the specific and the universal. In the program, Morris states that he hopes Son Of A __________! brings to mind the audience’s relationships to their own mothers, and the lessons of the incidents from their own period of growing up from children to adults. Really, though, Son Of A __________! just gave me a window into Morris’ mother, and by extension into Morris himself. Even though I was sitting right next to my mother, I wasn’t thinking of the larger notion of motherhood as it related to me, or to the world of mothers and children in general. When Mom and I spoke about the play afterward, we were talking about it in an abstract artistic sense, not in any personal sense. I’m not sure how you get from where Son Of A __________! took me, and where it says it wants to take me. What the show is giving me now is quite a lot. If it wants to go further, then I guess that’s the next step in its evolution. Right now though, just as it is, Son Of A __________! is a well-polished, impressive piece of theater.