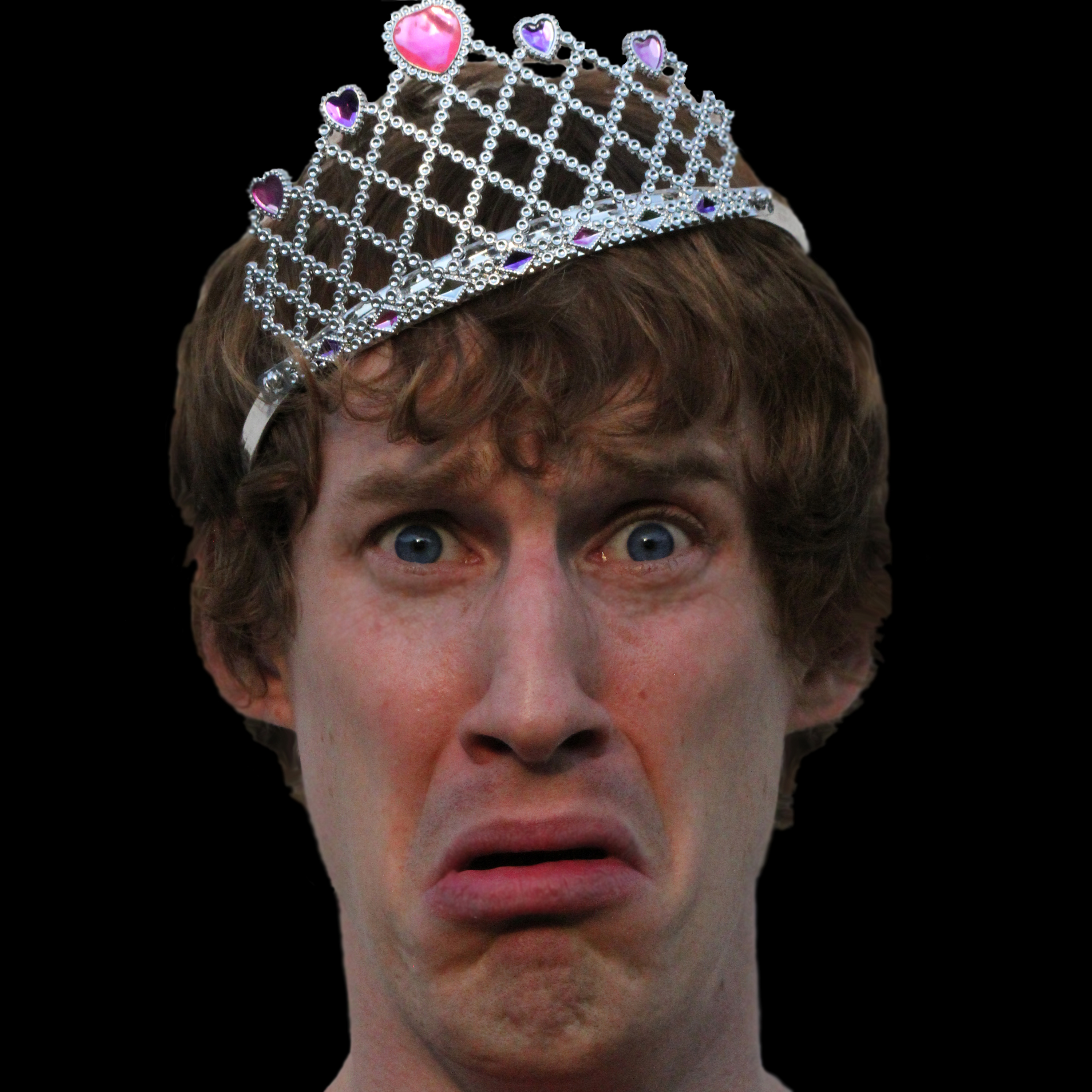 (Heck, I didn’t even get around to reviewing Bite Me Twilight last year because, well, it was Bite Me Twilight. He was packing his venue all the way to the cheap seats. He was seriously in contention for the encore slot for the second year running. He didn’t need one more five star review from me telling him or anyone else how much fun (and smart) his show was. It already loomed large on everyone’s Fringe radar. I tried to focus instead on reviewing a lot of the shows living in his show’s shadow who could use a little attention.)

Like Kevin Kling, or Joseph Scrimshaw, or Joshua Scrimshaw, or Mike Fotis, it would be easy for Fringe audiences to start to take Tom Reed for granted. These five names now feel like they’ve always been there and always will be there and you don’t even need to worry about it. Their shows are always so reliably great and enormously entertaining that I think we run the risk of forgetting how damn hard it is to be as good as they are. Consistently, unrelentingly good.

And funny. Which is probably the hardest thing to be good at as an entertainer. Telling jokes, experimenting with jokes, fine-tuning jokes. Finding new ways to make audiences laugh that require them to actually keep their brains turned on, that don’t just involve the lowest common denominator of swearing and sex and bodily functions. To not just tell jokes but create characters, personas, a whole different world. To experiment with different forms, structures and music.

For everything we see as an audience, there’s twice to three times as much (or more) that these performers have found wanting and thrown out before it ever reached the stage. They’re operating at a high level of quality not because it comes easily to them, but because they work hard and they’ve learned by doing. Which is the thing that makes the Fringe (our Fringe in particular) so great. It’s a launching pad. It’s a gateway to creating theater during the other 11 months of the year.

I’d be willing to bet there’s someone wandering around the Fringe crowds right now, audibly wondering who “the next Tom Reed” is going to be. Just like they wondered about “the next Kling,” “the next Scrimshaw,” “the next Fotis.” But here’s the thing, folks. It’s a great gift that we’ve got two Scrimshaws, a Fotis, and a Reed, right here in front of us. Go to their shows, yes. But don’t go blindly. Don’t take them for granted. They’ve become a tradition for a reason. Stop, for just a second, and consider just how good you have it. Then continue laughing.

(None of the above-referenced gentlemen put me up to that digression. I type all this because I found myself taking all this for granted. Then I stopped to realize, “I can’t do any of the stuff these guys are doing. Thank God we’ve got them around to do it. That stuff’s hard work. And boy, do I need a laugh.”)

“Dads are dead, and moms are mean…

Just be cute and find a boy.”

Just as in years past, I was glad I had Mom in tow, since she’s the Harry Potter/Twilight/Disney princess films expert in the family. Though my general familiarity with the Disney animated fairy tales was enough to keep me quite entertained, Mom was able to confirm that Tom had it down to the finer details as well. She enjoyed the show on a whole different level than I did.

“That’s the most beautiful corpse I’ve ever seen.”

One man. 10 Princesses. Happily Never After.

“Food from a stranger. That sounds delicious.”

Tom amusingly conflates all the Disney princess names into one or two conglomerations, then uses the shorthand of simply calling his heroine Princess Disney. When Prince Charming throws Princess Disney over for his new love, Pixar, Princess Disney goes out on the town and sets off on a musical journey filled with the wrong kind of men, and various supernatural sidekicks and adversaries.

“What’s with everyone kissing me to solve problems? I’m not the freakin’ Blarney Stone.”

Reed turns every convention of the Disney princess films on its head, then picks it up and shakes it just to make sure all possible laughs pop out. He also makes satirical hay of the troubling stereotypes and bad role models and racial issues tucked inside these films, with some real world politics thrown in for good measure. He doesn’t belabor any of these good points. He lets the audience laugh about them and then think, “Hey… wait a minute… that *is* pretty screwed up…” He doesn’t spoil the films for anyone. He just wants to make sure you’re paying attention to the absurdities when you look at the same story from a different angle.

“The only way to be a hero is to pretend to be a man.”

Reed and keyboardist Michael Erickson collaborated on the music (with inspiration from Disney’s late musical fairy godfather, Howard Ashman, God rest his soul), Tom provided the lyrics. The whole thing is just so effortlessly clever, they make it look easy. Only Tom’s carefully timed water breaks between story chapters, and using a towel to wipe the sweat not just from his brow but his whole head, give away how much effort he’s putting into the telling of his story.

Mom and I grabbed seats in the back row of the house, with me kidding, “Well, it’s Disney princess films, it’s not like he’s going to take off his shirt or anything.”

Wrong. Twice. Thanks, Tom. (And you’re clearly getting far more out of your membership at the YWCA than I am. Well done, sir.)

Thanks for slowly turning yourself into a Fringe institution, Tom. I look forward to whatever’s next.