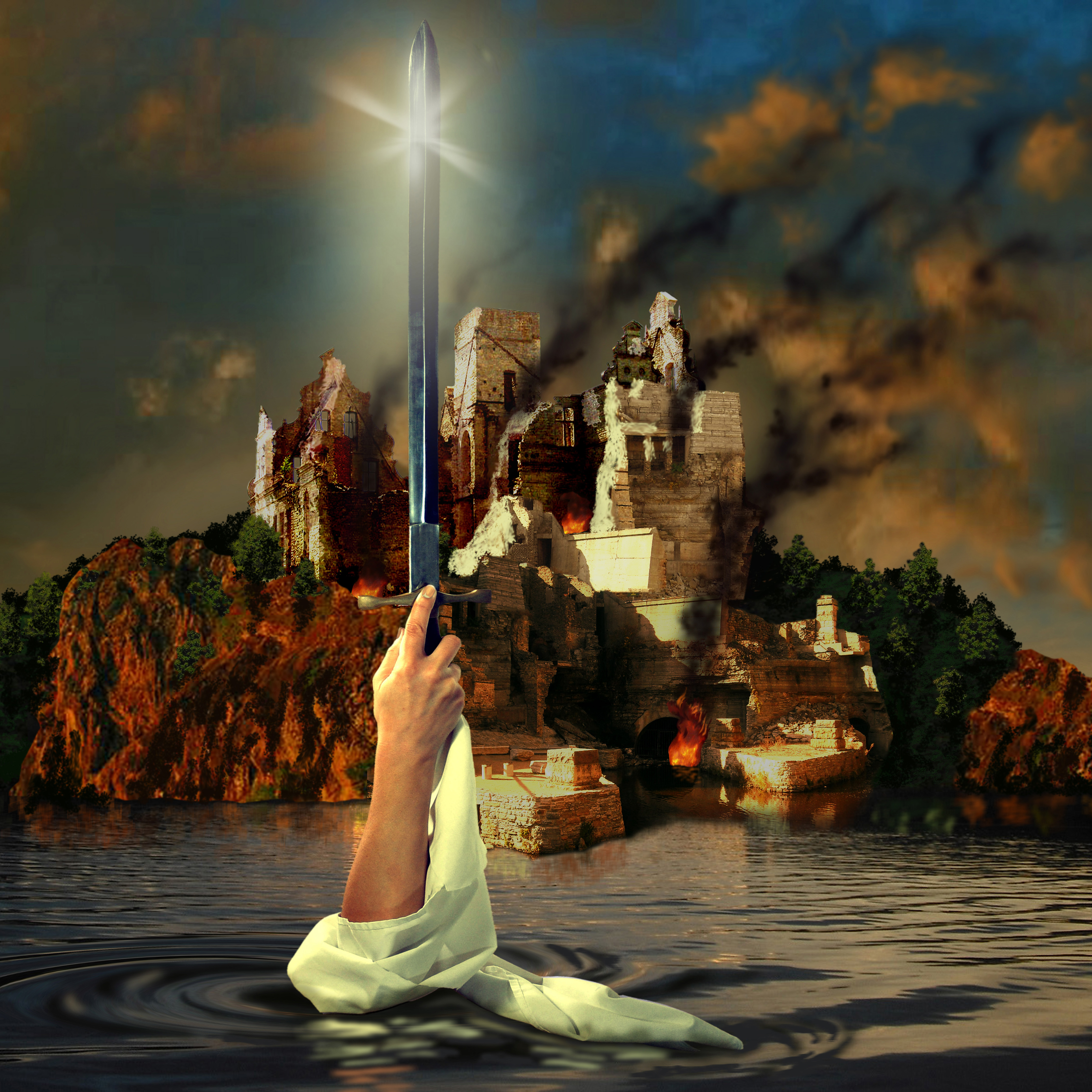 An earlier version of Camelot Is Crumbling in the 2005 Minnesota Fringe Festival put Maximum Verbosity on my list of theater companies to keep a close eye on. Mom didn’t get a chance to see phillip low in action until Descendant of Dragons in the 2007 Fringe, so it was great to be able to finally share Camelot is Crumbling: An Arthurian Nightmare with her in its new version at this year’s Fringe. It is, not surprisingly, among the best Fringe shows we’ve seen this year. Watching phillip dig into the fertile soil of the legends surrounding King Arthur is always a treat because it’s material he knows so well, and can bend to create numerous stories for the stage to fit our times.

“I don’t suppose there’s anything like a civilian any more.”

The set-up is simple. Low alternates between playing two characters – King Arthur’s “sons.” There is the spiritual son, Arthur’s bravest knight Sir Lancelot, who ended up betraying him for the love of Arthur’s wife Guinevere. And there is Arthur’s biological son Mordred, the bastard child who wants to bring down this father’s kingdom of Camelot.

“The demons we don’t slay in our own time, we pass on to our children.”

Lancelot has returned from self-imposed exile to the ruins of Camelot to stop Mordred however he can. If he cannot literally stop Mordred, then Lancelot aims to preserve the history of Arthur’s reign (on fragile cassette tapes). Mordred is not just taking over the physical kingdom by force, he’s trying to rewrite history, trading one version of reality for another. In the midst of his mission, Lancelot is haunted by the memory of his affair with Guinevere, and of his wife Elaine, and the son Galahad who he didn’t meet until the boy was a man on an ill-fated quest for the Holy Grail. Lancelot is also followed by the voice of another noble knight, Gawain (voiced by Charlie Bethel). Gawain was mortally wounded by Lancelot, but with his dying breaths he called Lancelot home to save Arthur and Camelot.

“I saw the cup that held the blood of God, and I felt nothing.”

Meanwhile, Mordred is visiting his unseen father King Arthur in… the hospital? hell? The ambiguity is intriguing rather than confusing here. The different options for an audience’s interpretation shift as Mordred’s verbal tactics shift. For here, wherever here is, Mordred has a captive audience. Arthur is mute. The son can finally speak his piece.

And what a piece. (no, that’s not a euphemism)

Mordred’s conversation with Arthur is the section of this version of Camelot is Crumbling: An Arthurian Nightmare that I recognize as the closest kin to the original (and the section of that older Fringe show which riveted my attention most strongly). It rivets me still. And in the new material for Lancelot, with Gawain’s voice providing the bridge for transformation back and forth between characters, low has created a fitting companion piece to Mordred’s tale, even has he continues fine-tuning Mordred to be even more compelling than before.

“Maybe I don’t want to be forgiven.”

I had a chance to read this script in development (and marvel at low’s capacity for reinvention and rewriting to get his story just right). The thing that gave me pause about the text was, though compelling on the page, it was incredibly dense. Text-heavy plays are not new for low. Language is his stock and trade. New ways of telling old stories are the things that drive him to keep creating and performing.

“Do you know what I’ll do with your kingdom when I get it? I’m here to call you to account.”

The thing that makes the text work is the other thing which low continues to work on and improve from year to year – his performance style. low himself in real life could not be more different from Lancelot or Mordred. He disappears so completely into these characters that for the space of an hour, I forget that this is a guy I know. The evil of Mordred is ice cream and cake for an actor to play with. Of course low makes that one work like gangbusters (he did before). The harder sell for an audience is embodying the tortured nobility of a character like Lancelot. Here again, low creates a hero who is also complex and all too human. It’s a great piece of acting.

(Lancelot’s final destructive act in the play is one that Mom and I keep puzzling over. It seems in some ways out of character to what has come before, and in some ways not. It’s the only place we wrestle with the production and its intent. But even here, we’d rather have a play that keeps nagging at us than one we quickly and easily forget. Camelot is Crumbling is certainly not easily forgotten.)

Because the acting is so good, the words and the stories resolve themselves. What might in other hands be convoluted and confusing, in Camelot is Crumbling: An Arthurian Nightmare becomes clear and easy to follow. A story and themes that could seem distant from our own time, here find surprising resonance for the world we leave and return to when we cross the theater threshold.

“This is a war of information. He wants to create his own new history.”

low and Maximum Verbosity never do the same thing twice. Even when phillip low goes back to an old favorite, he transforms it completely, and makes it better.

Mom asserts that it wouldn’t be a proper Fringe without him. And I agree.