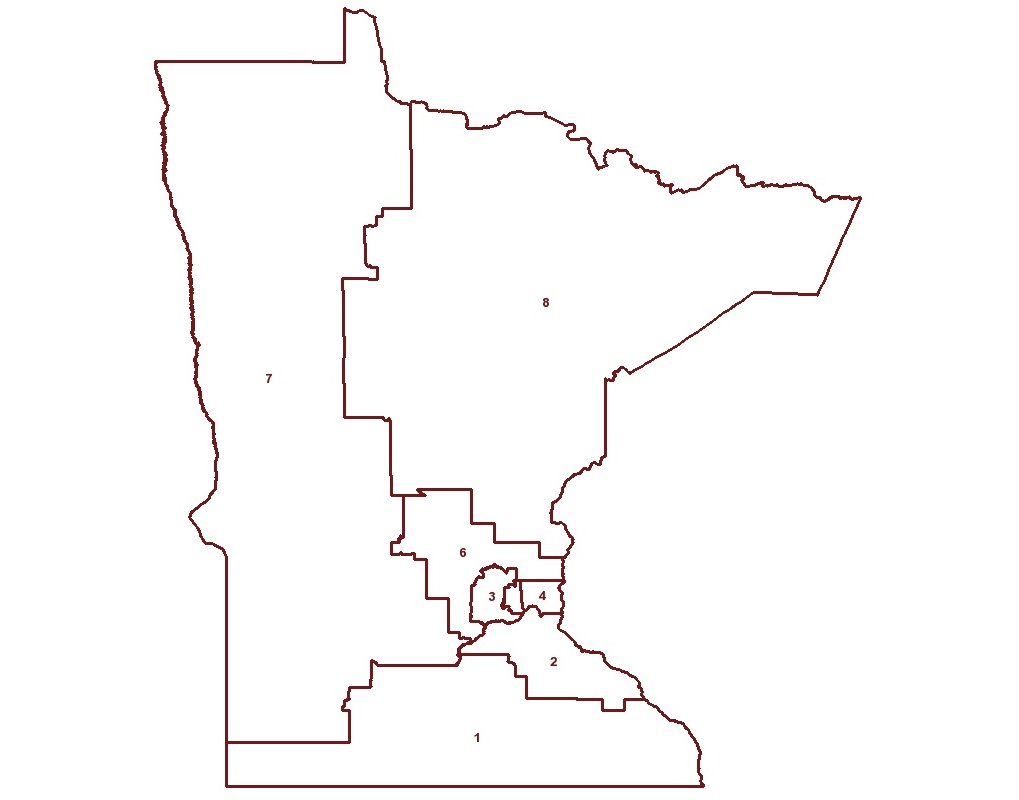 A special election panel issued redistricting maps for Minnesota today. The court action is necessary because Minnesota’s Republican controlled legislature and Governor Mark Dayton (DFL) could not agree on how to draw the new lines.

The new maps are based on the last census and must make each congressional and legislative district approximately equal in population.

Headlines from today’s redistricting:
Representatives Michele Bachman (R ) and Betty McCollum (DFL) both now live in the 4th Congressional District. Representative Bachmann says she plans to run in the 6th even though she doesn’t live there now.

Representative John Kline (R ) faces a much tougher election race than in previous elections because more of the metro area has been added to his district, nearly doubling the voting age minority population of his constituents from 7% in 2002 to 13% in 2012.

It appears the court has sided more with the DFL than the GOP in the overall plan for congressional districts. Plan has moderate changes to current lines instead of radical ones in outstate that GOP had proposed.

In the Minnesota Senate , a total of 16 incumbents are paired to face each other. 2 DFL vs DFL and 4 GOP vs GOP. 8 open seats and 2 DFL vs GOP. Incumbent MN Senate list here.

In the Minnesota House, a total of 30 incumbents are paired to face each other. 6 DFL vs DFL and 6 GOP vs GOP. 15 open seats and 3 DFL vs GOP. Incumbent MN House matchup list here.

Common Cause is giving the new maps a thumbs up. “The court should be applauded for developing these fair redistricting maps,” said Mike Dean, Executive Director of Common Cause Minnesota. “The court maps are a rejection of the partisan maps proposed by the political parties and show how the redistricting process could have been gerrymandered.”

Click on maps for larger view – use back button on your browser to navigate back to story.

On the court’s website, you will now find in PDF format:

The electronic redistricting plans will also be available in the form of three separate block equivalency files, one each for the congressional districts, the state senate districts, and the state house districts.

The maps the parties proposed