As someone who’s not what you’d call “a foodie,” I was gratified to learn, at the Minnesota Cheese Festival, that cheese is a food it’s easy to talk about. Here was a lifelong cheese professional, watching me sample her wares and saying, “It’s a little bit…squeaky, right?”

Another thing I learned is that when you hold a first annual Minnesota Cheese Festival, a lot of the vendors will be from Wisconsin. Scott Walker and the Packers notwithstanding, I decided that it didn’t make sense to discriminate against the world-class cheesemakers right next door just because they happen to reside in a different state. My friend Katie and I dug indiscriminately into the many cheeses on offer, and were often wowed.

It was in keeping with the unpretentious nature of the event that a lot of the cheeses were infused with exotic flavors. Unlike, say, coffee roasters, cheesemakers (at least the ones in the Upper Midwest) aren’t snobs about including a hint of chocolate, or maple, or bacon in their products. Even my attempt to get a rise out of a curd-maker by asking her what she thought about deep-frying her wares—I expected her to find it an abomination—failed. “People love to deep-fry our jalapeño-flavored curds!” she said proudly, offering a bag. 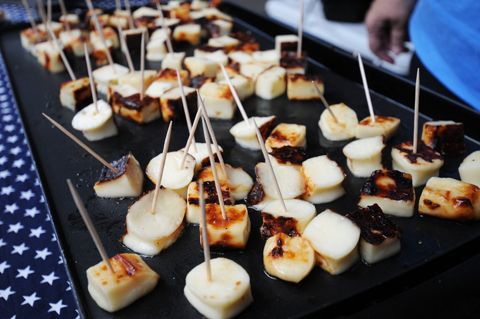 We were, after all, on the Minnesota State Fairgrounds, where questioning the value of deep-fried cheese is like going to Graceland and saying that peanut butter and bananas really don’t go together. Only one of the cheeses we tried on Sunday was fried: the delectable juustoleipa, a Finnish-style cheese made by Noble View Creamery of Union Grove, Wisconsin. The cheeses come in flat loaves that you cut into cubes and fry on a griddle. They made me want to throw a party just to impress my guests.

The finest cheese I sampled, though, was the exquisite (how’s that for a foodie word?) smoked blue cheese from Castle Rock Organic Farms of Osseo. As I savored my bite, I thought about how blue cheese was something that, as a kid, I could never understand why adults liked. It smelled like armpits! Well, now I am a man, and so I shall eat like one. Sometimes. 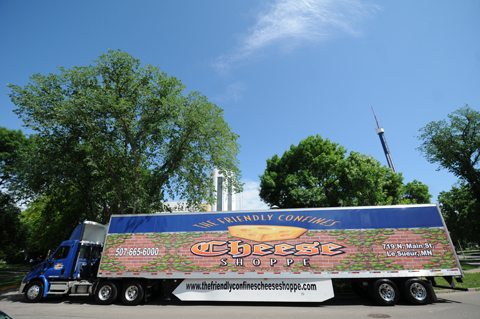 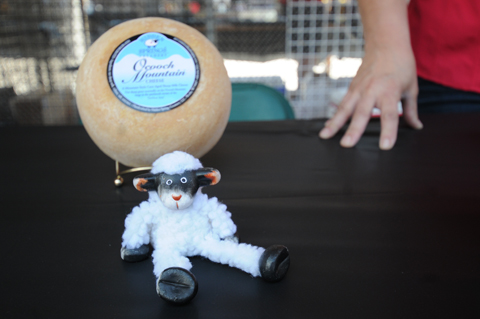 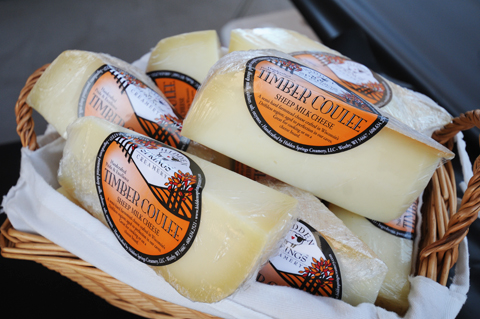 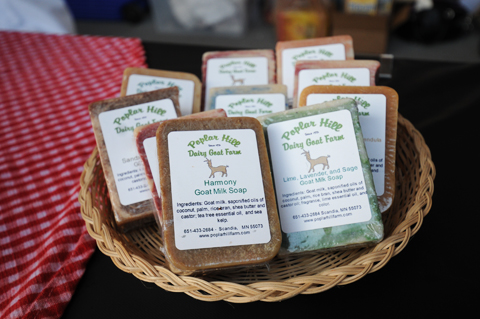 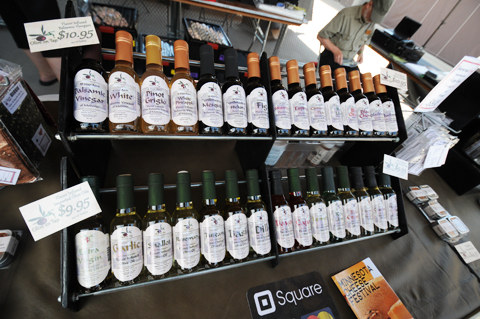 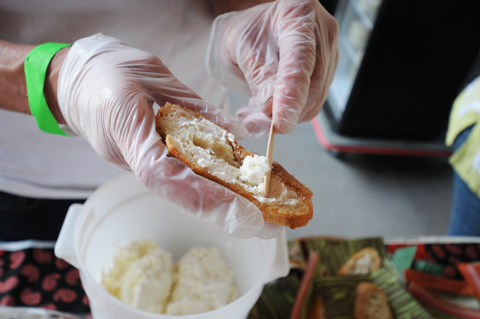 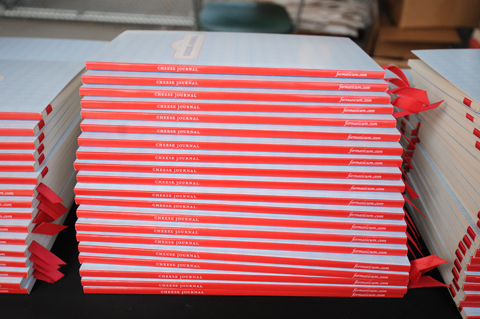 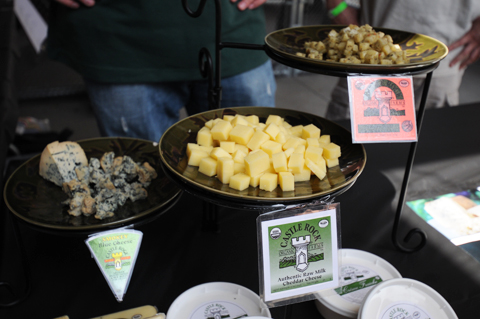 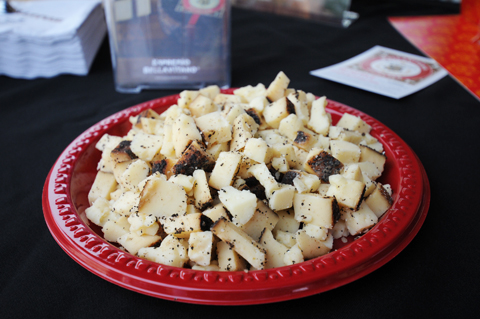 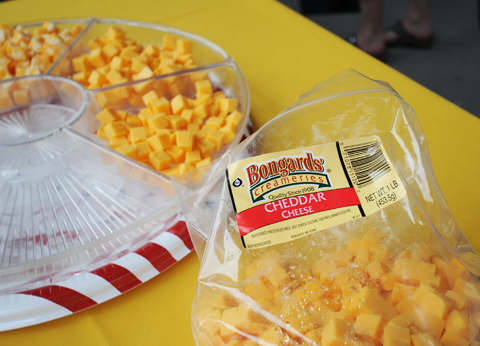 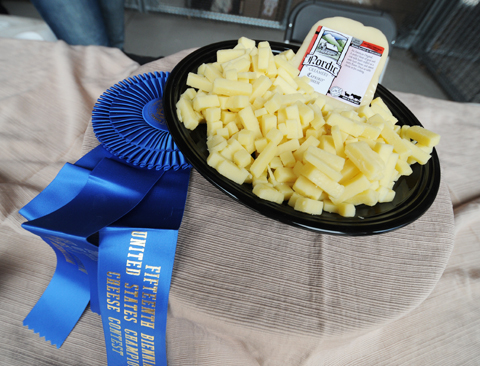 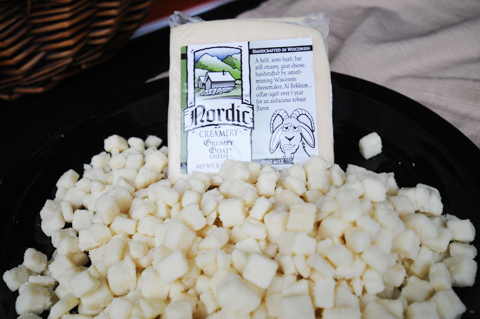 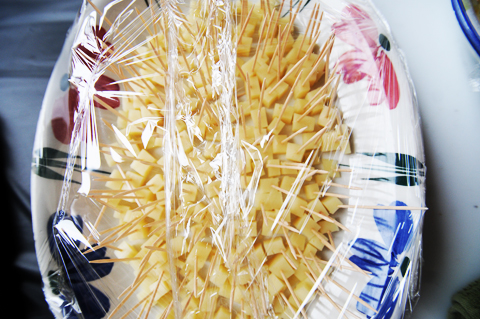