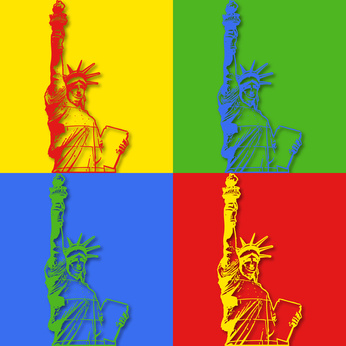 What can bring the SEIU, UFCW Local 1189, UNITE HERE Local 17 together with Ecolab, Cargill, Carlson Companies and the Minnesota Chamber of Commerce? They’re all on the same page, signed on to a joint statement supporting immigration reform now. Also on that page are civic and advocacy groups, such as Isaiah and the League of Women Voters.

On June 9, the business part of the coalition brought together about 70 people in Brooklyn Park to talk about how immigration leads to economic growth and American jobs. Under the auspices of the Business Immigration Coalition, the Partnership for a New Economy, and the Minneapolis Foundation, three Minnesota business executives spoke about Minnesota’s need for immigrants.

One-third of U.S. Nobel prizewinners in science, medicine and technology are foreign-born, said Ecolab chair and CEO Douglas Baker, and 45 percent of patents filed in the United States last year were filed by immigrants. Baker said that allowing more immigration is essential to U.S. economic health. Current immigration laws severely limit the number of highly trained professionals who can immigrate, which forces high-tech companies to locate abroad, where the scientists are.

For example, said Baker, Ecolab recently bought another company and inherited a center in India that employs 50 people in research and development, almost all of whom have PhDs from U.S. universities. Ecolab could not move the people to the United States because of immigration restrictions, so all of them will be paying taxes, shopping, and buying houses in India, not in the United States.

“Immigration has been the engine of growth,” said Hubert Joly, president and CEO of Carlson Companies. The contribution of immigrants to the U.S. economy is not something that ended in the 18th and 19th centuries. Joly said that immigration helps to create jobs, with immigrants at both the high tech and low-paying ends of the job spectrum. He said immigrants fill seasonal and low-paying jobs in the hospitality industry that U.S. citizen workers will not take, as well as immigrants with money who want to invest in this country.

For investors, Joly said, the current EB5 program is so cumbersome that investors are unable to come in, which means passing up “stimulus money from outside the country.” On the other end of the spectrum, Joly said, “the processes that employers have to go through to verify status are very cumbersome.”

Michael Fernandez, a corporate vice president at Cargill, noted that of the 30 top executives of the company, 14 were born outside the United States. He said that the argument that immigrants take U.S. jobs is without basis.

“We have people without jobs,” said Fernandez, “but we also have jobs without people. What is actually happening is that there are certain types of jobs, [such as] high tech requiring advance degrees, that are going wanting because we cannot keep that talent in U.S. On the other side of the coin, there are lots of jobs requiring tough, physical labor, that don’t happen to reside in metropolitan areas, that are dotting the map in many small towns across America’s heartland, and we have a very difficult time filling those jobs as well.”

Fernandez said that Cargill and food processing companies are finding employees in immigrants who are already in the United States, and that those immigrants are supporting the economic health of small towns and cities. He cited Albert Lea and Ottumwa, Iowa as examples of smaller cities that “would not exist without the immigrants who are now populating these small towns.” Unemployed urban workers are not willing to move to Ottumwa, Iowa for meat processing jobs. Fernandez asked: “Do they want to sit on a side of beef and do a Z-cut 25 times a day?”

The answer to unemployment is not either/or: either retraining U.S. workers or hiring immigrants, said Joly — it is both/and.

Baker noted that the employment/unemployment picture is not static — that hundreds of thousands of jobs are added and hundreds of thousands are lost, and there is no avoiding “change pain.” He pointed out that the Fortune 500 list was established in 1955, and only 71 of the original 500 companies are still on the list. The economy is dynamic, Baker said, but immigration is a core strength. “You have to ignore history and all the facts in front of you to say” that immigration is not an economic benefit.