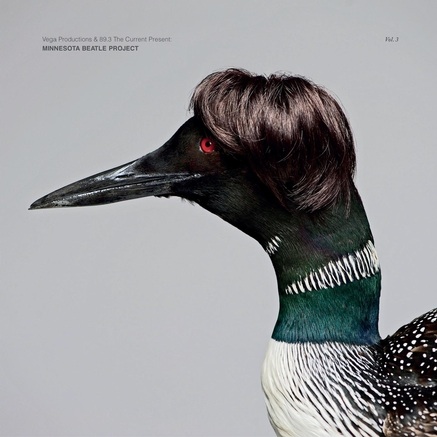 Never was a real big fan of The Beatles, except for a couple songs by George Harrison (“I Need You,” “Happy Just To Dance With You,” neither of which are on Minnesota Beatle Project Vol. 3  [Vega Productions, 2011]). But, I did always realize they made good music–maybe not as extraordinary as their reputations made out, but pretty good nevertheless. So, by virtue of the songwriting alone, Minnesota Beatle Project Vol. 3 can’t possibly be but so bad, it just depends on how much you like which artist on this 15-song compilation doing what cuts. One thing you have to look for in all of them is what originality the performer brings to bear; after all, who really needs to listen to anyone sing the Beatles music just like the Beatles did?

Tapes ‘n Tapes take on “I Want You (She’s So Heavy” doesn’t depart far John Lennon’s original performance, but then it’s done so sharply there’s no need for this band to, as it were, try and reinvent the wheel. Tribute appropriately paid, Tapes ‘n Tapes just does the song they way they found, but with their own killer, blues-rock edge. And a great deal of seething passion. “Help” by Cloud Cult, in trying to hit the mark of making their own distinct version, stumbles in the arrangement. It signs on with such bombast the whiny lead vocal is anticlimactic from the very beginning. And the interpretation never really gets out from under its own weight. With a wild and crazy rendition, the 4onthefloor come up with the incredible: a recording of Paul McCartney’s charming goofball ditty “Why Don’t We Do It In The Road” that actually gives the Beatles a damned good run for their money. It is pure and absolute, raging, rampaging balls-to-the-walls fun that could push a freight train.

The George Harrison tunes that do show up are an intriguing, beautifully produced arrangement of “Love to You” by Solid Gold and a throwaway imitation of “Here Comes the Sun” by Motion City Soundtrack that, from the famous guitar and string intro to the well known vocal, is inert. If cover bands are your thing, well, this cut is for you. If you’re interested in creative musicianship, skip it and go on to the rest of the album, which, on the whole, acquits itself quite well.