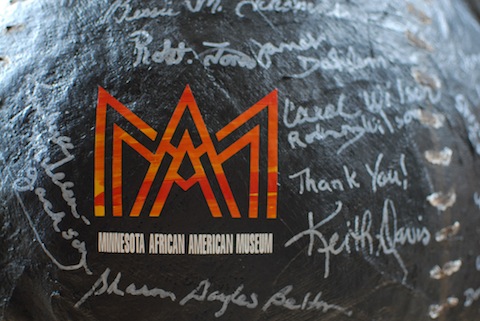 The Minnesota African American Museum and Cultural Center (MAAM), which was originally scheduled to open its doors last June, has had to delay its opening several times since; while there’s currently no set date for the museum’s permanent opening, the center continues its programming outside of the museum walls.

Most recently, MAAM announced that it would open in February, in time for African American History Month, but according to founder Roxanne Givens, the museum will not open in February, and at this point there is no confirmed date for when it will open. When they do open, she said, there won’t be a ceremony, but instead will simply begin welcoming visitors during regular hours.

While the museum remains closed indefinitely, the organization continues programming as a “virtual museum,” Givens said. That includes working with schools to stage “trunk shows” about African American History. MAAM is also in talks with the Children’s Theatre Company (CTC) to co-host a collaborative event surrounding CTC’s production of Jackie and Me. Originally that collaboration was going to include a trip to the museum after which students would walk over to the nearby CTC to attend the performance, but Givens said she they are still in talks about how that collaboration can happen.

The museum has also worked with church partners to celebrate the anniversary of the Emancipation Proclamation in an event at the Minnesota State Capitol.

Another upcoming event will hopefully happen in May, during which Dred Scott’s only living heir will visit the Twin Cities. Givens said that if the museum is not yet open, the event will take place at another location. In the past they have used churches and also Sabathani Community Center as venues for events.

Givens was reluctant to provide many details about the reason for the delayed opening, saying only, “It’s a very convoluted process we’re working through.” (In September, the Star Tribune reported that the opening was being held up by negotiations among the museum, the State of Minnesota, and Franklin Bank regarding the museum’s mortgage.)

According to Givens, the organization has received a lot of support from the African American community as well as the state, and that local educators have come to regard MAAM as the go-to place for African American history. 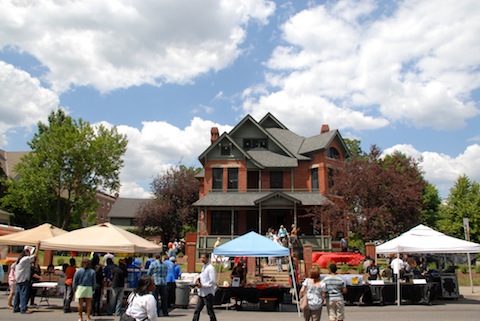 That’s not to say that everyone has been as supportive as the museum had hoped. MAAM was disappointed, for example, that they didn’t get very much press coverage about their activities surrounding the Emancipation Proclamation anniversary. “It’s a global issue,” Givens said, “about how African Americans are represented.”

When the museum does open, the first main exhibit, about African American baseball, will be larger than when it was last summer, when it first installed and was viewable at a preview event. The exhibit was taken down last fall so that the artifacts wouldn’t get destroyed during renovations to the building, and are now currently in storage.

One of MAAM’s main collaborating partners is Obsidian Arts, a contemporary African American arts organization. The partnership has involved collaboration on numerous levels, from the curation of the black baseball exhibit to a trip to Cuba this spring.

The trip to Cuba is in a way an extension of the baseball exhibit; people who sign up will travel to Cuba in order to find out more about baseball there. Cuba, Givens explained, hosted a number of Negro League baseball players.

Southall explained that in doing research for the black baseball exhibit, the curating team found that there were a number of Cuban players that participated in the Negro league, and also that a number of Negro League players went to Cuba to get away from the racism of the United States.

MAAM and Obsidian sought out Dennis McCroskey, based in California, who regularly conducts baseball-specific trips to Cuba. McCroskey knows where all the stadiums are and has intimate knowledge of the baseball history in the country, Southall said, so they’ve been working with him to craft a trip.  People interested pay for their own travel, and there’s room for about 30 to attend, Southall said.

Southall said the Cuba trip is a true partnership between Obsidian and MAAM, with both organizations doing a bit of the heavy lifting. 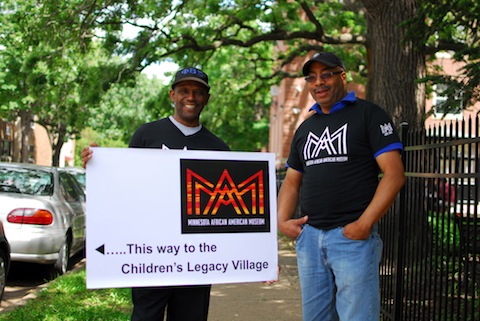 The two organizations also collaborated on the baseball exhibit—titled Bringing it Home—at the museum, with Obsidian lending support in terms of the curation and some of the installation. “We are so excited at the advent of the museum in Minnesota focused on African American history and culture,” Southall said. “That excitement lends to doing what you can, whether it’s completely compensated or not.”

When the museum re-opens, the Bringing it Home exhibit will be expanded onto the second floor, and will contain a bunch of extra stuff that there wasn’t space for last summer for the teaser event. “It’s almost a completely different show,” Southall said. “There’s a lot more to show.”

Southall said he’s excited about the additional material the expanded exhibition will allow. Previously, they had to “try to tell the rather glorious and complicated story of the rise and fall of the Negro Leagues on two walls,” he said. The expanded exhibition will tell a story with a lot more points. For example, there will be a larger section about the role of women baseball players both in the sport and in management. “In some cases, women were vital in many changes that affected the broader world of baseball,” he said.

Another aspect that will be featured is night baseball, and Southall said they have some stunning images of the first night baseball game, with lights that were developed to make it possible using lighting trucks with cranes.

The new exhibit will also include maps, which were not included before, so visitors can see where the different historical baseball events took place.

Hopefully, the exhibit will be open to the public sooner rather than later, so the public can see the new exhibit. “Our goal was not to be a virtual museum,” said Givens.