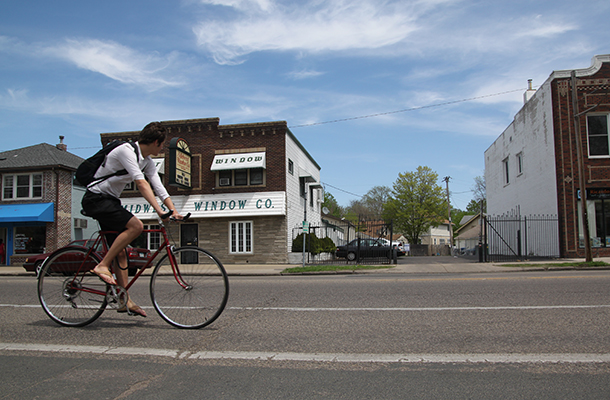 Hennepin County is planning a two-year reconstruction project for the approximately 2.2 mile stretch of Minnehaha Avenue from 46th Street South to Lake Street.

The County’s goal with the reconstruction is to make the roadway “safer, more livable, and welcoming to all users.” The aging avenue has issues, and with more than fifty years of use, needs a complete overhaul. The pavement is in poor condition, there are drainage issues causing pools of water to form at curbs, and the odd angle that some of roads intersect the Avenue make it difficult to navigate. The project has been in the development phase for several years, but details are coming together and major decisions are now being made by the County.

When will the project happen?

What we don’t know: The exact month or date that the county will break ground.

How will the reconstruction project work be divided?

What we know: Hennepin County states that “reasonable efforts will be made during construction to minimize disruptions to motorists, bicyclists, pedestrians, bus service, and property owners along the project corridor.”

What we don’t know: The county has not yet determined how the project will be divided. Some businesses are asking that the project be split into sections so that only portions of the road will be affected at any given time.

What is the scope of the project?

What we know: The streetcar tracks will be removed. The roadway will be completely rebuilt. Sidewalks will be made ADA compliant and will be repaired where needed. Utilities, including the storm sewer, sanitary lines, and gas lines will be repaired or replaced as needed. Some trees will need to be removed where intersections include a turn lane and/or alignment improvements.

What we don’t know: Exactly where sidewalk, utility, and tree removal will take place, and how much of this work will need to happen. This will be coordinated with private and public utilities in the final design stages of the project.

What are the two bike facility options being presented?

What we know: The County is offering two different options for bikeways along Minnehaha Avenue – a bike lane or a cycle track. Currently, the street has bike lanes, which has cyclists riding between a lane of vehicular traffic and parked cars. A cycle track is a separate facility, that would place the cyclists on one side of the road between the sidewalk and the parked cars. County staff plan to recommend to the city that bike lanes be installed, unless they receive significant community feedback in favor of the cycle track.

What we don’t know: How influential community opinion will be on this decision.

Does the project include street lighting?

What we know: For a pedestrian priority corridor, such as Minnehaha, reconstruction includes pedestrian level lighting. The total cost of new lighting would be assessed to property owners.

What we don’t know: If new lighting can be avoided by a petition among property owners, or if it is something that is voted on by the City Council.

How will the project be funded?

What we know: Hennepin County will fund the majority of the project using gas-tax-supported county state aid funding. The remaining cost will be paid for by the City of Minneapolis through property-tax-supported net debt bonds and special assessments to businesses and residents along Minnehaha (in what the city calls the “area of influence”). In February 2014, Hennepin County and the City of Minneapolis will hold a public information meeting on the assessments.

What we don’t know: The total cost of the project.

When will Hennepin County be providing information and accepting feedback?

What we know: The County has a project website and Hennepin County Project Manager Kristy Morter is fielding questions and collecting feedback. The County is planning on a community informational meeting in June.

What we don’t know: When and where the meeting will take place.

Who is making the final decision?

What we know: Hennepin County will provide the City Council with it’s recommended project plan. The Council will then put the project to a vote, approving or denying the proposed plan.

What we don’t know: If there are other influencers involved in the decision, as well as when the project will be presented to the City Council for approval.