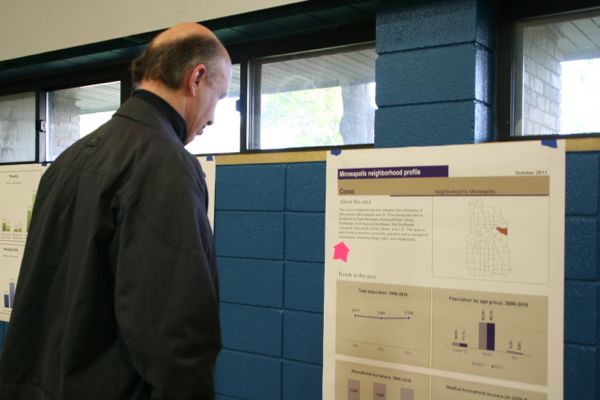 Despite the lure of a warm spring evening, nearly 35 residents of the Minneapolis Como neighborhood came together April 25 in the Van Cleve Park Building to discuss the small area plan that may help determine the direction the area will take in the future. When completed and officially adopted, probably sometime in 2013, the Blueprint will become part of the Minneapolis Plan, the officially adopted comprehensive plan used by the city government that guides zoning, redevelopment and public infrastructure decisions. Small area plans are designed to give neighborhoods the ability to manage changes and to identify possibilities for improvement.

Como is the only neighborhood in southeastern Minneapolis’s University District Alliance that has yet to create a small area plan. In the past, many neighborhoods hired professional planners, but new economic realities have forced Como to rely an a small group of neighborhood volunteers, along with two planning professionals, Matt Horth and Chad McGuire, who have volunteered their expertise.

“We’ll write a small area plan,” McGuire told those attending, “but we can’t do it without your input. We want to hear your ideas about everything.”

Committee chair Natalie Recputi said that she and other committee members have been meeting twice a month since January. “The goal of the committee is to find out what residents see as problems and get their solutions to create a vision for the future of Como,” she said. At the top of their to-do list is finding people to answer surveys and attend focus groups.

“I am hoping to begin conducting focus groups in May,” she said.  “It’s the best way to get a better understanding of the neighborhood, from lighting, better roads, more green space – these are what we’re putting into the Blueprint if there’s a consensus.” 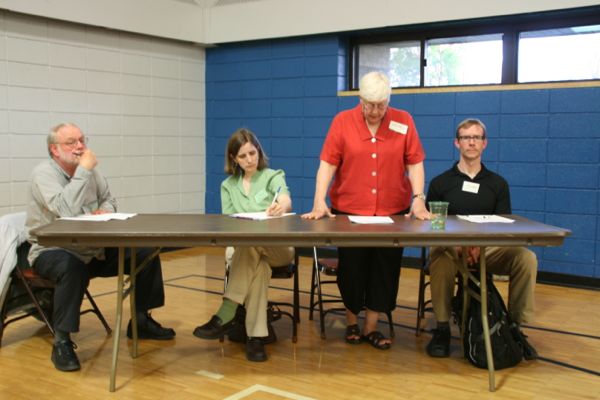 Originally from Long Island, Recputi bought a now 102-year-old HUD home in Como 18 years ago. Many of her neighbors are long term residents, some inheriting their childhood homes from their parents. “People are very committed to making Como the best it can be. It’s a lot of work because the whole neighborhood has to be involved. Our job as a committee is to explain how and why the Blueprint is a good idea.”

Como, said Recuputi, is a neighborhood of homeowners, business owners, artists, seniors, Somali immigrants and student renters and she wants all groups to be included. Since many living in the neighborhood don’t have internet access, committee members have been chipping in with their own money to pay for flyers delivered door-to-door. A new $5,000 grant will help pay for future flyers and mailings. “We’d like to pay our researchers stipends,” said Menken. 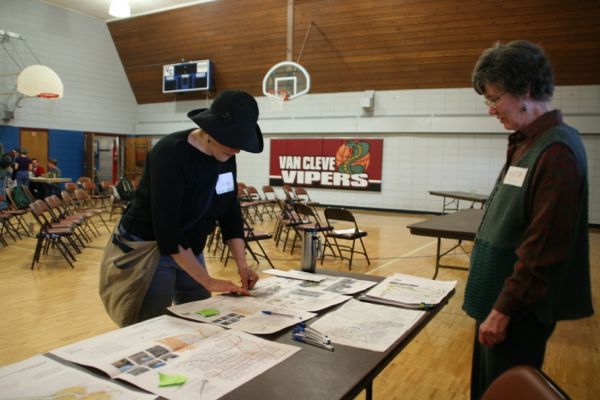 “We’re recruiting neighbors. Some neighborhoods spent $20,000 on consultants, but we’re a grassroots-led group.” said committee member Joan Menken. The area, she said, has gone through changes. “We got a new stadium, light rail, depressed housing. But, Como is a unique neighborhood with a dynamic population.”

Committee members plan to base their Blueprint on another neighborhood’s small area plan, that of nearby Marcy Holmes, approved in 2003 by Minneapolis City Council.

Ted Tucker from Marcy Holmes came to speak on how their plan has helped their neighborhood. “I’m here to give a pep talk,” he said. “You need to think about how you want the neighborhood to be – what you want to attract.” He warned that there was hard work ahead for the volunteers. “Some people are against everything,” he said.

Resident Gary Pech said he would like to get reacquainted with his neighbors of 14 years. “It sounds like a useful idea,” he said as he studied some of Como’s demographic information posted on the wall.

Others attending the meeting expressed skepticism on how the plan would protect the interests of the area. Homeowner Joe Russell said that he worries that the city would not heed the concerns of the Como neighborhood, even with the Blueprint in place. “My confidence in the city government, on a scale of one to ten, is a 1.5,” he said. “I’ve been fighting the city for 40 years.”

But Minneapolis City Council member Cam Gorden, who represents Como, was more enthusiastic. “I want to encourage people to stay involved. Across the city, the plans that are most significant are the ones that are grassroots-led. It makes things easier in the future if the neighborhood is aligned. It will help offer guidance for commercial development as well.”

Another large meeting about the Blueprint is planned for September, with a third to follow in early 2013.