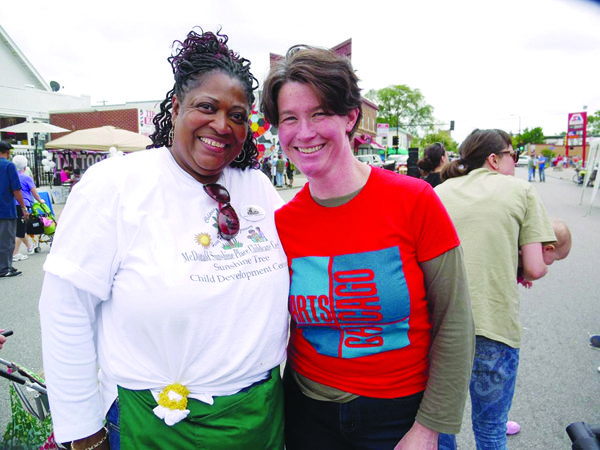 As many residents may or may not be aware, the City of Minneapolis is in the midst of an effort it calls Strategic Planning for City Goals, a framework outlining the City’s direction and priorities in upcoming years. The process of establishing those goals is a work in process, but to date, the areas of concentration listed on the City’s website call for Minneapolis to (paraphrased):

Recently, the MSR spoke with Minneapolis City Councilmember Elizabeth Glidden, who has been instrumental in giving shape to the City’s initiative. Glidden informed us that the goals were compiled, at least in part, by feedback gleaned during last year’s city election campaigns, when candidates were “knocking on doors, meeting with groups, going to forums, and all those kinds of things that really, I think, inform what we hear and understand are priorities from a community perspective.

“I think it’s best to say that the goals reflect community input,” said Glidden, “and we’re still continuing to try to get the community input on the goals themselves, but also looking at the follow through.”

One of the top priorities that Glidden said was communicated by the people and groups who spoke was about racial equity, and “that is prominently featured in the draft vision, values, and strategic goals.

Glidden also said that people have shown a high level of interest in what happens next. “They want to see how you start to produce the results.”

Part of the process is reporting back to the city council on at least an annual basis and evaluating progress, “so that we continue what I think is a community conversation not just about setting a vision, but more about the results.

“We hope to have a process that includes community partners in putting together more developed work plans around some of the strategic directions,” Glidden further explained.

Another part of the process involves the City’s departments revising their business plans after the goals are finally adopted, including the mayor’s office. “The mayor, who first puts together a proposed budget at the end of this year for the 2015 budget, is another really important, significant place we hope the goals are reflected, in how we decide to spend our resources.”

A presence by the City at the State Capitol is one more important part of the process. When asked whether there would be any lobbying at the Capitol, Glidden replied, “Yes. I would think there would probably be a lot of changes. And how we change the laws, the City lobbies the State for changes in state law, and there are already ideas that I’m trying to put forward that we are hopeful for state law changes that affect jobs, small business owners, that hopefully will affect our ability to close disparities around unemployment and small business ownership and things like that.”

Some of the process at the Capitol will involve neighborhood groups that, depending on the issue, will be helpful in providing testimony to state legislative committees. In our talk, Glidden repeatedly emphasized the importance of feedback from, and interaction with, community groups.

“In addition to that, we’re looking at how we might have a more involved process with community stakeholders to help develop work plans around some of the strategic goals, knowing that there are some groups that already have policy proposals,” Glidden told us.

“I think that we’re getting lots of great ideas… There are some groups around environmental justice who are suggesting policy proposals; there is a group I’ve been meeting with who are chapter members of the National Association of Minority Contractors — they have some policy proposals that they are putting forward.”

Keeping focused on the goals is key, Glidden emphasized: “What’s the work that happens and how do we keep our focus? There’s a lot that happens in this city. Even when you talk about these broad goals like eliminating disparities, we need focus. We need to figure out what areas we are most focused on, and what areas we think we can best impact, and what the programmatic changes will be to accomplish those goals.

“That’s where I am at in terms of trying to set in place a good process that helps us to keep our focus and keep our attention.”

At www.ci.minneapolis.mn.us/citygoals/ the initiative’s goals are laid out in greater detail, and the site also allows residents to submit feedback to the City as the process moves forward. The MSR will continue to keep our readers informed on development of the City’s strategic goals, particularly those intended to reduce or eliminate racial disparities, and progress toward reaching those goals.