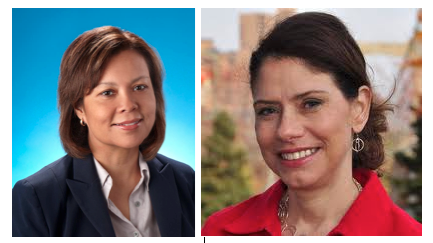 Who needs New Hampshire results? We had an election right here in River City. As expected, the two Minneapolis DFLers, Susan Allen and Kari Dziedzic, easily won the January 10 special elections for House Districts 61B and Senate District 59, respectively. (In New Hampshire, the verdict was a similarly predictable win for Mitt Romney.)

Susan Allen got 1155 votes to 896 for Nathan Blumenshine (running on the Respect party ticket), with 13 write-ins. Allen, an attorney, is the first Native American woman elected to the Minnesota state legislature, according to The Circle:

Allen plans to work to involve more Native Americans in the political process. … She hopes to mobilize communities in state electoral politics — Native communities as well as other communities of color — [on] issues such as affordable health care, affordable housing, job creation, workers rights and defeating the Minnesota marriage amendment.

She won the District 61B House seat formerly held by Sen. Jeff Hayden, who moved to the Senate after he won a special election to replace retiring Sen. Linda Berglin.

Kari Dziedzic got 3393 votes to 824 for Republican Ben Schwanke, with 56 write-in votes. Dziedzic will represent the district where she has lived for most of her life, succeeding Larry Pogemiller, who left to become  director of the Minnesota Office of Higher Education. A recent Minnesota Daily article notes that Dziedzic is the daughter of long-time Minneapolis city councilperson Walt Dziedzic, and that she “got her first taste of politics as a fifth grader.”

After graduating from the University of Minnesota with a mechanical engineering degree, she went to work for Senator Paul Wellstone in 1990. She’s been in politics or government ever since. Her campaign website emphasizes the importants of “strategic investments in education, transportation, health and the environment,” and her opposition to the proposed constitutional amendment banning marriage for same-sex couples.

Results are considered unofficial until the Hennepin County Canvassing Board certifies all results when it convenes Wednesday, Jan. 11, at 2:30 p.m.