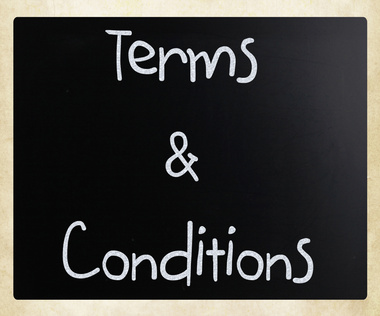 Four additional school days during the year, a number of changes for “High Priority Schools,” changes to summer school that will make it “hands on and experiential” and more time for teachers to plan their lessons and review student work are part of the Minneapolis Public Schools-Minneapolis Federation of Teachers (MFT) agreement reached last week, according to MFT president Lynn Nordgren. (UPDATE: See Scribd document for memoranda of agreement on proposed contract.)

“We need more time than what we got,” Nordgren said about teacher prep time, but that will be something that that MFT will address in the future.

Nordgren called the negotiation a “collaborative process,” adding “We look at this as a win-win.” According to a press release from the district, the agreement will need to be ratified by Minneapolis teachers and approved by the Minneapolis Board of Education, with final approval expected in mid-April.

Nordgren said she was pleased that class sizes have been addressed for High Priority Schools, although not for the whole district. High priority schools are lower-performing schools designated for special focus to raise student achievement. Various reports have said there are 16 or 20 schools in this category.

According to the tentative contract, in High Priority Schools, grades K-3 will have a target of 21 students, while grades 4-5 will have targets of 24 students. “MPS will use minimal program allocation dollars to address class size in order to ensure that K-3 numbers do not have a negative impact on the 4-5,” the proposed contract states. For High Priority Schools grades 6-12, the schools will individually determine class size with monitoring by MFT and MPS at the Fall Staff Adjustment meetings, according to the contract. Nordgren said that the numbers are still high, but better than before.

When there is movement of teacher positions in the district due to programs closing or another reason that doesn’t include termination, the laid off or “excessed” teachers can be “matched” with schools. Matching means there is mutual consent on the part of the school and the teacher, arrived at through the interview-and-select process. As a last resort, teachers may be “placed” in a position at a school without mutual consent. In order to be “placed,” a teacher must be tenured and their licensure must fit the position.

A lay-off is different than a termination. “A layoff occurs when there is a loss of position, many times due to fewer students needing to be served in a program/grade, etc,” said Rachel Hicks, Assistant Director of Media Relations/ Public Affairs at MPS. “A termination may occur because of misconduct/discipline concerns, performance issues or insubordination. A tenured teacher who is terminated by the district cannot be placed at any school in the district.” However, if a teacher is tenured, they have a right to due process and a hearing before they are terminated.

Nordgren said that the district is committed to “maximizing the process up front,” to reduce the number of placements in the first place.

Another aspect of the new tentative contract is that it “streamlines and aligns initiatives,” according to Nordgren. Professional Development Process (PDP), Professional Learning Communities (PLC), and Professional Development (PD) will all be combined into one combined plan, Nordgren said, instead of separate items. Individual schools may choose to utilize the “Cycles of Learning” initiative that came out of the negotiations or propose their own option for PDP/PLC/PD implementation. Some schools currently work under their own successful models, Nordgren said, so they may continue to do that, or else learn from each other to find the best models, after the alternative models are approved. Whichever model the schools choose, Focused Instruction will be embedded over the school year, according to the agreement.

Former school board member Chris Stewart, who has been critical of the negotiations process, said in an email that the settlement is “disappointing because it fails to obtain the level of flexibility needed to turn around chronically underperforming schools.”

Stan Alleyne, Chief of Communications for MPS was not available to comment for this article. Superintendent Bernadeia Johnson’s  public statement about the teacher contract is posted here.