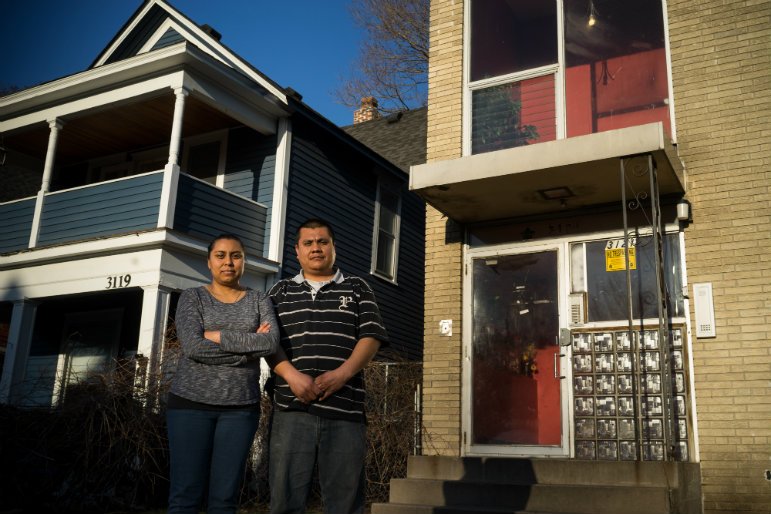 Flora Dominguez has lived in her South Minneapolis apartment with her husband and two children for 10 years. The tidy one-bedroom, with the family’s potted plants and a pair of parakeets, has become home. While the apartment’s location near public transportation and local shops was what drew the family to the place, the quiet and safe neighborhood encouraged them to stay.

“We like the community here. We’ve come to know the people,” Dominguez said.

The apartment, located at 3121 Pleasant Ave., wasn’t fancy. The carpet was old and stained, and the paint was chipping at the windows. But it was affordable, and Dominguez said the apartment’s management promised to change the carpet.

“We never imagined that we would encounter as many problems as we had had when we first moved in,” Dominguez said. 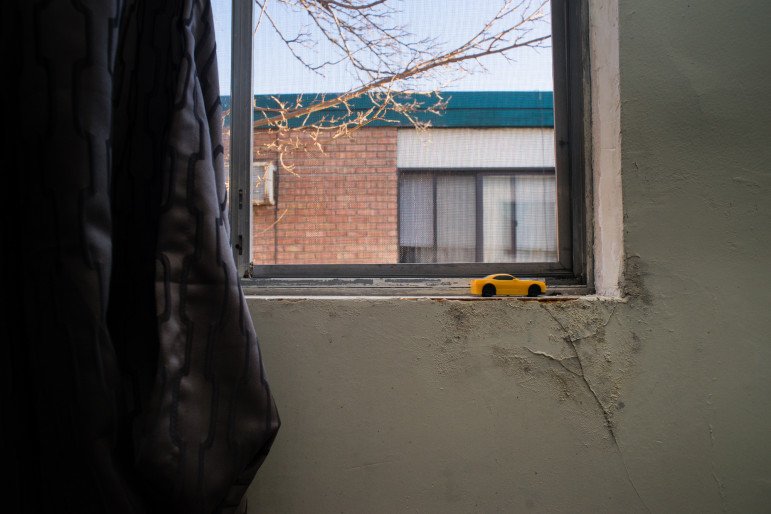 Now, 10 years on, the carpet still has not been changed–and that is the least of the Dominguez family’s problems. The chipping paint was recently tested and found to contain lead. The windows are drafty, and the building’s heat inconsistent, often putting the apartment below the state-mandated minimum of 68 degrees in the winter. The bathroom constantly attracts mold, despite frequent cleanings. And then there are the infestations. Cockroaches, bedbugs, mice. Dominguez’s son has asthma and allergies, which are exacerbated by the apartment’s conditions.

“And every year the rent goes up,” Dominguez said. “We have friends who pay less and have apartments in better conditions.”

But the problems aren’t only in Dominguez’s apartment. Downstairs in the same building, Alejandro Quintero, his wife and their two daughters were frustrated by many of the same problems as the Dominguez family. Quintero, a full-time forklift operator, moved his family into the Pleasant Avenue building about nine years ago. The walls in Quintero’s two-bedroom apartment are decorated with as many religious paintings as their daughters’ awards from school. 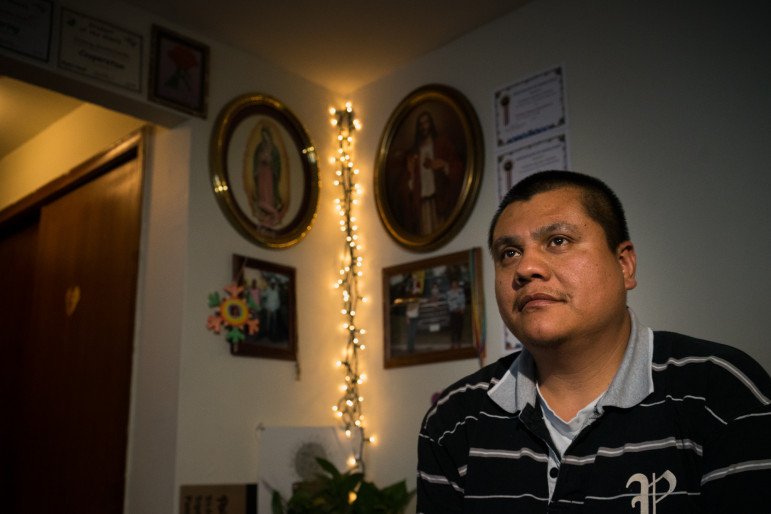 In Quintero’s ground-floor apartment, the only security measure that he said property management installed on the windows was a wooden plank to wedge the window panes shut. The bathroom door is soft and rotten with moisture. Worst of all, water has been known to leak sporadically from the bathroom ceiling, with the only fix being patches to the ruined drywall each time the leak occurs.

When Dominguez and Quintero have asked their landlord for repairs, the fixes are poorly done, if at all. But when others might have put up with the problems or moved away, they decided to band together with their neighbors and do something about it.

“We were nervous at first, but this is what we need to do to get a result in our housing,” Quintero said.

Dominguez and Quintero shared their story in solidarity with several fellow tenants, who took their landlord Stephen Frenz of The Apartment Shop to trial last month with a Tenant Remedies Action. The action demands that the landlord fix ongoing security, pest infestation and other quality of life issues at 3057 14th Ave. S, a building owned by Frenz in South Minneapolis. The tenants are a part of a larger group called Inquilinxs Unidxs por Justicia (United Renters for Justice), an organizing movement aimed at building power among renters to fight back against abuse. Together, Inquilinxs Unidxs have organized at and protested the conditions at buildings across South Minneapolis neighborhoods over the past two years.

The complaints brought by Inquilinxs Unidxs are not just a handful of properties isolated to one bad landlord. Rather, they are a symptom of a larger problem, said Roberto de la Riva, one of the lead organizers with Inquilinxs Unidxs.

“It’s not just the landlords, it’s not just the developers. It’s systemic,” de la Riva said. “Violence and trauma is being put upon our bodies throughout the city because of these practices.”

According to data from the city of Minneapolis, courtesy of the Star Tribune, 18 landlords racked up 100 or more rental property code violations over the past three years. The Apartment Shop tops the list with 453 code violations. The code violations vary from calling for pest extermination, to faulty windows and latches, to water damage and more. The top 50 landlords with the most code violations are scattered across Minneapolis, but most are located in neighborhoods with the highest concentrations of people of color and poverty, including the Northside, Powderhorn and Phillips.

“It’s discrimination, pure and simple,” said de la Riva. “These practices disproportionately affect people of color and low-income communities.” Most of the tenants involved with Inquilinxs Unidxs, including those interviewed for this story, speak Spanish as their first language.

“The landlords have cornered a market on people without a lot of options. These are really vulnerable people: people with imperfect rental or credit history, low-income people who are living paycheck to paycheck, non-English speaking, or undocumented individuals,” said Eric Hauge, lead housing organizer with Home Line, a nonprofit Minnesota tenant advocacy organization.

“We do have many great landlords in the city,” said Minneapolis’ director of regulatory services Noah Schuchmann. “But ultimately it’s up to the property owner whether the building is up to code.”

And the city is doing what it can. In 2015, Minneapolis began a new tiered rental license billing structure, which requires properties that have seen numerous code violations to have a higher rental licensing fee, which Schuchmann said has been successful so far. But the city’s resources are limited.

As the Federal Reserve Bank of Minneapolis reported, Minneapolis increased its inspection staff from 30 in 2009, to 36 in 2014. However, over the same time period, the total number of properties the department is responsible for inspecting rose by more than 25 percent: from 19,151 units in 2009, to 24,286 in 2014. That’s an increase of 36 properties per inspector.

Because there are so many units under the regulatory services’ department’s purview, inspectors are only required to inspect 20 percent of the units in a building of four units or more. That means that if tenants of a 10-unit building reported code violations on the city’s 311 hotline, a rental inspector would only be required to inspect two randomly selected units in the building. Although, an inspector does have the capacity to inspect more than the minimum, and can inspect units of the tenants who reported violations, Schuchmann said.

“We do our best to provide educational resources and ordinances as to why we require certain codes, but it really depends on the building. It’s easier to keep a newer building up to code,” Schuchmann said. 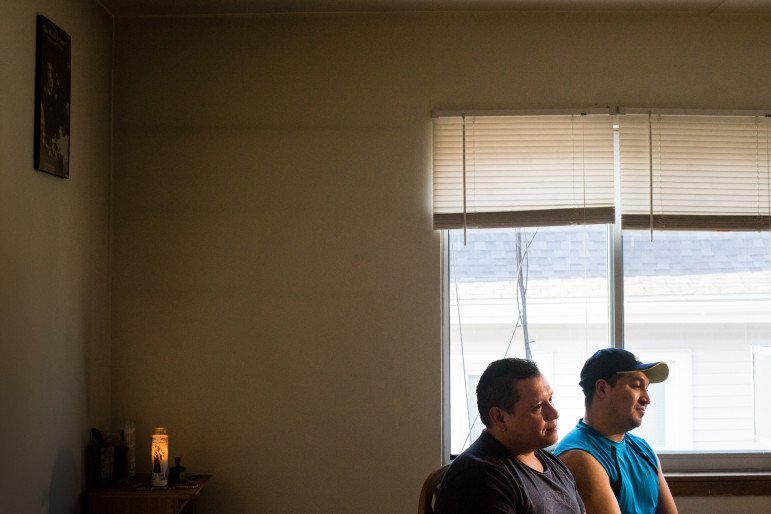 When they requested repairs–either for the power outlets that don’t work or the cockroaches and bedbugs in their one-bedroom unit–they saw all kinds of fees added to their rent. They had to pay late fees, even though they had sent the rent check on time. They had to pay fees for people who supposedly lived in the apartment who weren’t on the lease, even though Jesús and Eduardo were both on the lease and were the only two who lived there.

The fees are so high, Jesús and Eduardo recently paid nearly $900 for an apartment for which they originally signed the lease at $625 per month–an apartment where the building’s common areas were floored in plywood until recently. Each month, they receive a letter threatening eviction if they don’t pay the full amount on time. 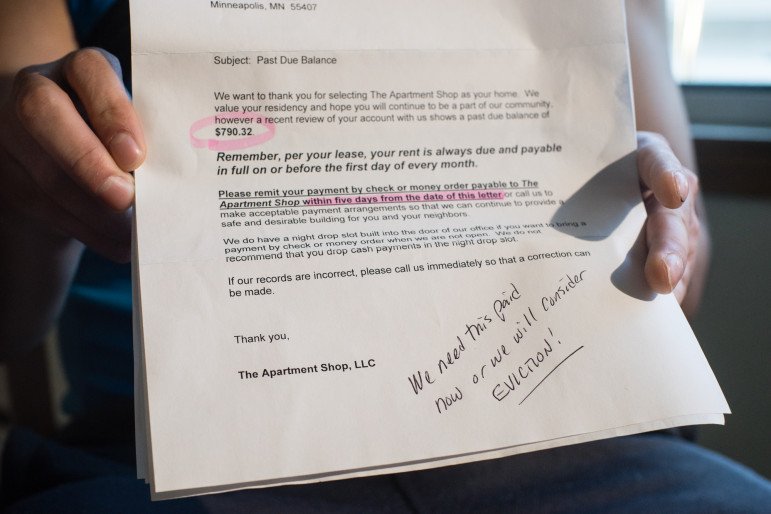 Jesús and Eduardo regularly receive letters from the Apartment Shop with threats of eviction handwritten on every fee notice. Photo by Annabelle Marcovici.

Hauge said the complaints made by the tenants of the Apartment Shop are familiar tactics for some landlords. Instead of making a repair, they increase rent or fees, possibly leading to an eviction notice if the tenant continues to complain or can’t pay the new increased rates.

And it’s a tactic landlords can afford to take. In Minneapolis, Hauge said the city’s rental units are currently at about a 2 percent vacancy rate, significantly lower than the average 5 to 8 percent vacancy rate for the city. In addition, according to a 2013 report from the Greater Minnesota Housing Fund, 57 percent of all units with rents affordable to households at or below 50 percent of area median income, or about $43,300 in the Twin Cities in 2016, are private, unsubsidized rentals.

So when a limited amount of housing units are affordable to a low-income tenant, and of those units only a tiny portion is currently vacant, these tenants have nowhere to go. Simply put, housing supply is down and demand is up–making it much easier for landlords to prey upon vulnerable tenants. And if the tenants the landlords have can no longer pay the new fees or continue to complain about poor living conditions, the landlords evict them. This practice is called retaliation.

“Capitalism isolates us. These tenants live under retaliation and they have nowhere else to go. They just deal with it,” de la Riva said.

Minneapolis and the state of Minnesota have laws against retaliatory landlords, but Hauge said the laws give “no proactive way for a tenant to prevent eviction.”

According to state statute, if a landlord gives an eviction notice within 90 days of a tenant’s repair request or reporting a violation, that’s considered retaliation. But for the tenant to do anything about it, the tenant has to take a holdover petition, meaning the tenant stays in place despite the eviction notice to argue the eviction in court. Minneapolis’ ordinance takes away the 90-day restriction.

“That’s a huge risk for the tenant,” Hauge said. “People don’t want to be put in that position. For example, just to get the toilet fixed, they have to go to court, put up with a lot of pressure and intimidation. So usually, the tenants don’t put up a fight. And the landlords know that the tenants usually won’t take it that far.”

But the tenants of Inquilinxs Unidxs are different. They have put up a fight, and they are not backing down. 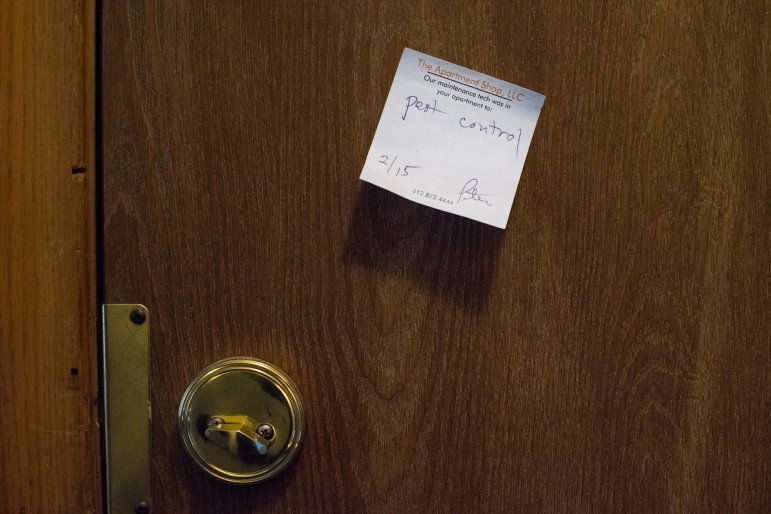 Notification of pest control in Jesús and Eduardo’s apartment. Photo by Annabelle Marcovici.

After standing up for themselves and taking their landlord to court, the tenants who make up Inquilinxs Unidxs have finally seen improvements in their homes. At long last, Quintero has new carpet after nine years of waiting. Dominguez said Frenz has promised to renovate her apartment, and to let her live in another apartment in the building while her home is being renovated. The common areas in Jesús and Eduardo’s building also have new carpet and light fixtures, while the building’s facade is being repaired. And in both buildings, there have been pest exterminations.

Frenz is now under suspicion for committing fraud, having fabricated leases and staged units in the 14th Avenue building to make it seem like more people lived in the building than actually did, according to court documents. In order to file the Tenant Remedies Action, Inquilinxs Unidxs needed a majority of the 14th Avenue building residents to sign on to the action. Frenz attempted to add three fake leases to the building so that the tenants would not have a majority in favor of the action.

“If he lied about that, what else could he be lying about to his tenants?” Jesús said.

“I feel good in the group. We don’t have to have as much fear as before. We feel like we have back up, people to support us. We want to fight for something better for our kids. We want a safe space for them to live in,” Dominguez said. 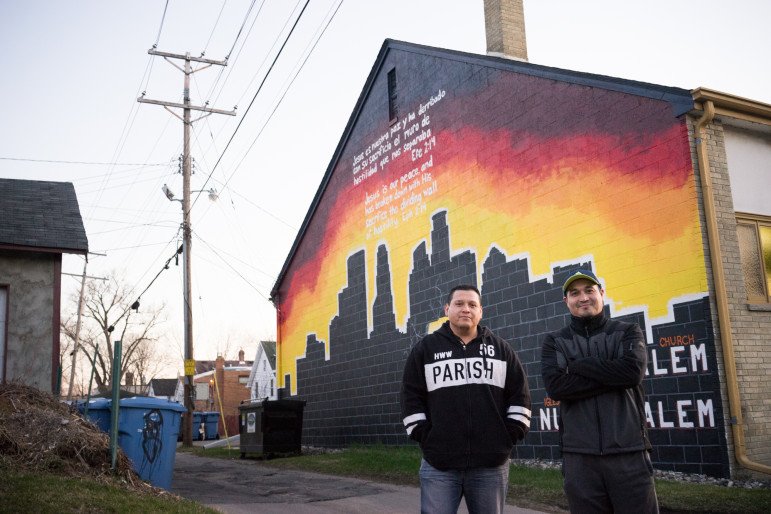 “We see a lot of people in worse situations than us. When we show up [to meetings] and learn, we eliminate our ignorance. We don’t feel as alone,” Eduardo said.

As the group builds momentum, the possibilities for meaningful change are endless. De la Riva said he and his fellow organizers envision building a “dignified life movement” by creating housing that is separate from the demands of the market, where tenants can organize and develop collective bargaining agreements, and affect housing policy to create measures like rent control in Minneapolis.