Over the next two years, Minneapolis Public Schools (MPS) plans to replace the yellow school buses serving eligible high school students with student bus passes to use public transportation. According to MPS officials, over the past three years more than 2,000 students in summer school programs, citywide programs, or living outside of the area attending a Minneapolis high school have used Metro Transit Go-To Passes as a pilot program.

Students like Donesha Lester who participated in the pilot project speak highly of it: “I was very grateful for having the [Student Go-To] card,” she says. Others are not quite so enthusiastic.

Beginning this fall, approximately 3,500 eligible students from six high schools will receive bus passes for the 2012-13 school year. This will include Lester and some others who participated in the pilot program.

“The goal right now is to get more students to attend school on a regular basis, and to open up doors for students who might not have the access to the city that they normally would have,” explains MPS Chief Communications Officer Stan Alleyne.

The Go-To Student Passes will allow students to ride Metro Transit buses and trains seven days a week from 5 am until 10 pm. They will be provided free to those students eligible for free or reduced lunch, “which is a majority of our students,” says MPS Communications and Public Affairs Specialist Latisha Gray. She adds that MPS is currently negotiating with Metro Transit to purchase the passes at a discounted rate. The contract was expected to go to the Minneapolis School Board for a vote August 14.

“The students will have a lot of added benefits” by using the new cards, Gray believes. “Instead of having just one bus, they will have the opportunity to use the pass all through the week, stay after school for activities, go to sports, their job, and go to the library.”

The students eligible for the passes include those who live within these schools’ attendance zone and outside the school walk zone: Edison, Henry, North, Roosevelt, Washburn, Wellstone, and Expanded Option students at Southwest. Students who live outside of their school attendance zone and are not transportation-eligible will not be eligible for the Go-To Pass. South and Southwest will join the Go-To Student Pass program in 2013-14.

Some students in the past have used missing “the yellow bus” as an excuse for tardiness and absences, says Alleyne. The passes will be integrated with the students’ school ID cards and managed by Check and Connect, a district program that monitors student attendance and truancy.

“Teenagers can’t use the excuse of [missing the bus] to miss school or not look for a job,” says Edison student Lester of the advantages of the Go-To program. “The bus passes may help them be on time or maintain a job or [attend] after-school activities and sports.”

The 16-year-old Lester was among 90 students in the Minneapolis Youth Coordinating Board (YCB) who gave the passes a try last year. She told the MSR, “I liked [using public transportation] because I didn’t have to worry about bus money or ask my mom to take me from point A to point B. I became independent and could go to work, or if I missed my school bus, I still could get to school.” 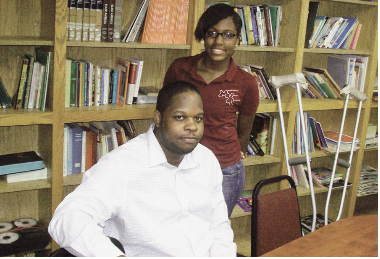 Richard Johnson, a 30-year Metro Transit bus driver until his retirement, says he remembers that some teenagers “can be pretty loud” as bus riders. “At the time I was driving, we picked our own runs, but when it came time to pick during the school year, we would run away from [those routes that would have more school students],” he admits, adding that current drivers will need to adjust “to a lot of teenagers” on their routes during peak times.

As an aid, a video was created by the Minneapolis Youth Coordinating Board (YCB) Youth Congress to promote “positive bus riding etiquette and safety for young people” to be part of the fall orientation for students receiving Go-To Student Passes. Lester was among the actors.

“It took us all day to shoot the video,” she recalls. “I learned a lot, and I’m excited to watch it when it comes out.” The video will be available on various websites, including the YCB’s website, www.ycb.org, says Barnett.

On the district’s decision to eventually replace all school bus transportation in MPS high schools with public transportation, Alleyne admits, “We’ve heard some concerns. But the overwhelming majority has been positive.”

Lester says she also heard some grumbling from fellow students, but after she told them of her experience with a Go-To Pass, “They seem more happy about it.”

“We have been working really hard both with Metro Transit Police, our safety and security [staff], and other community organizations to implement some strategies” in response to safety concerns,” says Gray. “We [will] have people riding the buses with the kids.”

Several Hmong parents with children attending Henry have voiced concerns about the changes, expressing fears that their children might become easy targets for gangs who take city buses or for harassment by other students. MPS Media Relations and Public Affairs Director Rachel Hicks told the MSR last week that school officials are working to address these issues.

“We have listened to our families and are responding to these concerns by giving students who attend Henry High School more time to transition into the Go-To Pass Program,” says Hicks. “MPS will provide a limited yellow bus service at Henry, providing families an option of using the school bus or the Metro Transit service for this first semester,” she says.

“A limited service route consisting of four yellow buses will be added during the first semester of the school year (August-December) to service Henry High School,” added Hicks. “These routes will provide an option to transportation-eligible families outside of the walk zone.

“All transportation-eligible students who live on the limited routes will have the option of using the school bus or the Metro Transit bus. Students eligible for Go-To Passes will still be provided with Go-To Passes to use and will be encouraged to use them.

“We have a lot of efforts to communicate and engage Henry families around the transition,” says Hicks. “We have been having and will continue to have family meetings at Henry that are interpreted in Hmong and have been appearing on Hmong radio recently to better engage families.”

Asked if the program is a cost-saving measure, Alleyne says, “It is not a short-term saving. We hope it will be a long-term saving.”

Adjusting to riding a city bus to and from school “may take two or three weeks” for some students, says Barrett. “After two weeks, [students] will get their schedules down on when the next bus is coming if they missed their bus. I don’t think it will be that hard of an adjustment, because the majority of youth who attend high school already are catching Metro Transit buses.”