However, a Minneapolis teacher who spoke on the condition of anonymity believes that the district suspension numbers at some schools are “deliberately manipulated.

“They will have an all-out bloody fight between a first grader and a third grader, and [school officials] don’t want the kids suspended,” observed the teacher. “What I’m seeing is there is no black-or-white spelled-out policy for infractions that leads to suspensions. It really is up to the discretion of the [school administrator] that day — they may have seen the kid too many times for the same reasons, or [they] get really tired of having the same kid [referred for discipline].

“What I see is the real problem [is that] a student could run down the hall toward a staff member, call that staff member names and be defiant, and not be suspended if they are White. However, if a Black student does that, he [or she] will be suspended,” stated the MPS teacher. “I’ve seen an attitude of less tolerance for Black students.”

MPS Superintendent Dr. Bernadia Johnson last week told the MSR, “We’ve seen in some schools where they reduced their suspensions significantly, but what we are seeing [is] that there is this inconsistency within schools and inconsistency across schools that we have to work on. But we still have a disproprotionally higher number of suspensions for our students of color, especially our boys.” 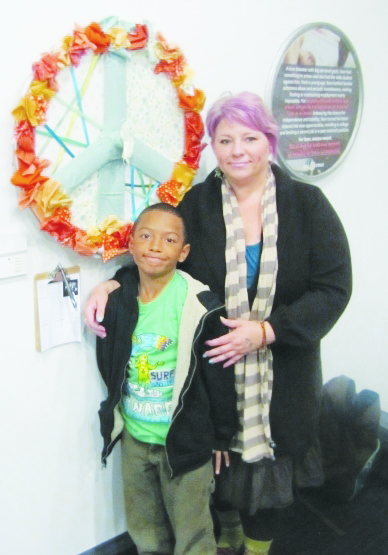 A case in point: eight-year-old arrested

“My son was labeled by the Minneapolis Public Schools (in 2010-11) as [having] emotional behavior disorder,” says Minneapolis parent Susan Montgomery, but his medical diagnosis is autism.” She believes her young son has now been labeled a “bad kid,” having been suspended over 20 times in three years.

Now a second grader, Taye has been at home since mid-April after being suspended. “My son is a good kid,” she insists, adding that his school file, however, “is as big as the New York City phone book.”

She believes the district special education program is not helping him educationally either: “The kids are beating each other up or playing violent video games. The teachers aren’t doing anything. The kids are secluded and segregated.”

After her son once came home bruised, Montgomery sought answers. She said in response to her complaint, school officials told her, “‘You signed the paperwork for him to be in there [special ed class].’ I thought he was going to school. Then the teacher strangled him one day, and he came home with marks on both sides of his neck. Nobody called and told me my son was hurt.”

The only official explanation she later received is that something happened in her son’s kindergarten class, says Montgomery. “My son was standing on the table and somebody was doing something to him, so he threw a magnet. The teacher manhandled him right off the table,” she said. “I pulled him from that school two years ago and demanded change.” 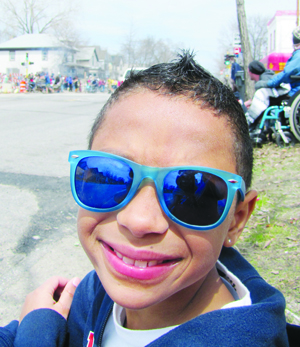 As a first grader, her son (right) “was suspended almost every single day for the first three weeks, and then arrested at six years old,” recalls Montgomery. “He didn’t have a gun, but he was protecting himself” with a pair of scissors he found in the classroom.

“Nobody wants to say that the teachers threw him on top of the desk face down and illegally restrained him for several minutes. The principal was calling a ‘code yellow,’ and the entire school had to be locked down. The police report says a knife; [school officials] say a scissors.”

The mother has since talked to several school officials since, advocating on her son’s behalf. “I filed a complaint with the Minnesota Department of Education. The police say there is a problem, but not enough to charge him. The [MPS] equity and diversity office claims that I didn’t have enough to file a complaint.” She also copied others in the district: “I even CC’d the school board members. Nobody ever gets back to me,” she says.

A top district official told the MSR that Montgomery’s case is being reviewed by their legal department, but they couldn’t comment further on the matter.

“I’ve had plenty of IEP (individualized education plan) meetings — we had one a couple of weeks ago,” continues Montgomery. “Not only I had his therapist for four and a half years on speakerphone, [but also] his doctor who diagnosed him with autism was there. I felt like [the outcome] was determined before I got there — that because of the previous incident, my son goes to one of those [special education] programs. I told them that I am not going back to that program. He doesn’t learn when he’s in there.

“No, I’m not taking him there,” states Montgomery. “The district makes a mistake, and [it] comes back on me.”

St. Thomas Law Professor Nekima Levy-Pounds spoke on Montgomery’s behalf at last week’s Minneapolis School Board meeting. “She [Levy-Pounds] points out that even if the mom is White and we have kids of color, we still deserve and demand respect,” noted the mother, who also spoke to board members.

Levy-Pounds reiterated, “I specifically brought up the issue of Susan Montgomery and her son and how they are being treated within the system. In Minnesota, you are supposed to be at least 10 [years old] before they charge you with a crime. [Montgomery’s son] was arrested on school grounds in 2011. Even though he is only eight years old, he is being tracked and put on this pathway to the criminal justice system.”

“It feels like he’s going to jail,” says Montgomery on her son’s latest suspension, originally for 10 days but extended to 45 days and reassigned to a Level 5 school. “He’s a little kid. He wants to be in school. He’s not dumb. He has special needs.”

Superintendent Johnson said the district is reviewing its current discipline policy and must “move from suspensions to restorative practices so that every behavior is not a suspendable behavior.”

MPS Family and Community Engagement Director Ruben Vazquez says that his department will soon complete a series of meetings seeking input to develop a district-wide “behavior standards policy,” which they hope to present to the Minneapolis board this summer for final approval.

“We are talking to as many groups as possible — teachers, principals, bus drivers, [other] school staff, and we also are talking to students, both student leaders and students who have had experience with suspensions, and parents,” explains Vazquez. “What we are hearing from parents is that each school, and even within each school…it seems like every teacher has their own way of interpreting what the policy is. They were doing their own thing.”

If approved, however, the new policy is not expected to be in place at the start of the 2013-14 school year, Vazquez points out. “When it will be implemented still is in discussion.”

“Every time something happens and goes out of proportion, says Montgomery, “you instantly want to look at what the kid did wrong; but no one goes and sees what the staff did wrong. I can understand that they have policies and procedures they have to follow, but if things aren’t working for our child and you are seeing his parent involved, they don’t listen and respect that.”