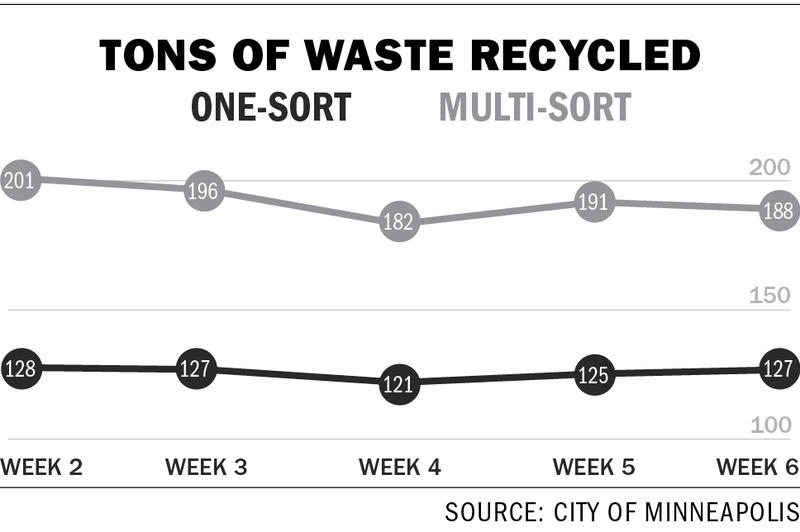 The results are from the first six weeks of the program, which began for 30,000 residents last November. Another 80,000 households will receive blue carts and join the program this spring.

“We expect that more people will find recycling easier because they won’t have to sort as much,” she said.

With the new program, residents can recycle plastics numbers one through seven — like yogurt cups and wine cartons — all in one 95-gallon cart.

Part of the Marcy-Holmes neighborhood near the University of Minnesota campus started one-sort last fall, and another section will begin this spring.

Allison Goursky, who graduated with a degree in environmental sciences, policy and management in December, said whatever the city can do to increase recycling and make it easier is great.

“It can definitely capture a lot of misallocated resources,” she said. “It’d be great if they had more programs like that.”

The city will send residents a letter with instructions a week before they get their new cart, and then residents can start one-sort recycling right away.

“The easier it is to recycle, the more people will recycle,” Chavez said. “We’ll have a higher tonnage rate for recyclables and less garbage, and that was our goal overall.”