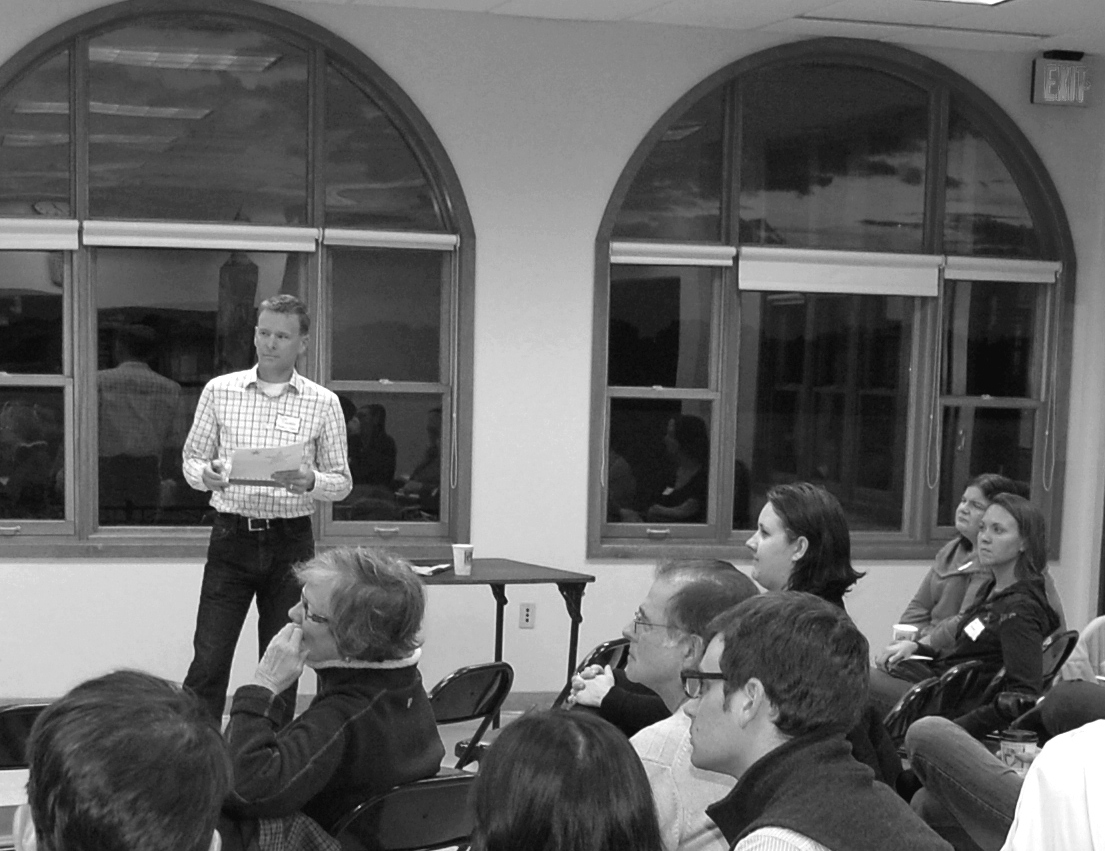 SENA’s 2012 annual meeting was held Oct.8 at Lake Hiawatha Park. Participants were treated to a large selection of pastries from A Baker’s Wife and coffee from Angry Catfish Bicycle Shop & Coffee Bar and to jazz music played by student musicians from South High School.

SENA Board President Sam Newberg talked about the many interesting things going on in the Standish and Ericsson neighborhoods. He said that, because funding is decreasing, a goal for the next year is to discuss with other community groups possible ways to share staff, fund-raise together, and implement projects jointly. Newberg presented awards to two people who have been particularly important to SENA—Neighborhood Coordinators Bob Kambeitz and Shirley Yeoman.

Three people were elected to the SENA Board of Directors. They are Molly McCartney Jeffries, Emily Resseger, and Michael Nilan. Retiring board member John Haupt was thanked for his service. After the meeting, the SENA Board met to elect officers. They are the same as last year: Sam Newberg, president; Amy Lawler, vice president; Susan Fall, secretary; and Deanna Croes, treasurer.

The highlight of the evening was the contest for the Big Idea. Five people presented an idea for an event or project that would benefit the community. Each presenter had to find at least four other people who would sign up to work on that idea. A vote of all the people at the meeting decided the winning idea, a holiday tree-lighting celebration.

Andrea Darrington Heidtke, whose idea it was, and her volunteer helpers will receive $1,000 from SENA to make this Big Idea happen.