“I grew up in a single parent household with my mom and my sister and sometimes with my mom’s boyfriend. We struggled with money and bouts of homelessness,” Tamara Larkins, a senior at Southwest High School in Minneapolis said. “Stability was a big problem.”

This is one of four articles about the winners of the 22nd Annual Beat the Odds Awards, telling the stories of local high school seniors who have overcome great hardship through determination and courage and who are now headed toward college and continued success. Look for the others in the Twin Cities Daily Planet.

Her family moved 12 times while she attended various grade schools – from Brooklyn Park to Las Vegas and Kansas and then back to Brooklyn Park ­– finally settling down for her freshman year. “It was something,” she said, with emotion in her voice. “I was living with my grandmother, my grandfather and an aunt. I stayed with whomever had food to spare or could pick me up from school, day to day.”

For a while, she lived with her father, who was in and out of jail and who abused drugs. He also abused her mother. “One night he came home drunk from a fishing trip, she said. “My mother had lost her wedding ring. I’d helped her look everywhere for it, but we couldn’t find it. He starts beating her,” she said. “I asked him ‘What’s more important ­ the ring or her?’ and he came after me.” Her father started choking her and said if she ever told anyone he’d kill the people she loved. She escaped with a new understanding.

“I let him go [out] of my life,” she said. “I wanted a relationship with him, but he didn’t want one with me. I had to learn to take that negative energy and put it to positive things.”

It was those positive things that will bring her to an awards ceremony at the McNamara Alumni Center in Minneapolis on March 8, where she will be honored with a Beat the Odds Award and a $4,000 scholarship from the Children’s Defense Fund.

The award is given to four high school seniors, two in Minneapolis and two in St. Paul who have overcome great odds and who have become scholars and community leaders and who plan to go to college.

Larkin has already been accepted into Augsburg College but said her dream school is Northwestern in Evanston, IL. She plans to study theater with a minor in youth studies. “I want to become an actress and work with youth in inner city schools with performing arts workshops at places where kids don’t have access to those things. 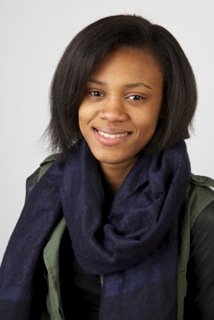 At Southwest High School, she’s a student leader, taking college level courses as well as being involved in everything related to theater, despite a daily two-hour bus ride each way from school to home. She’s currently directing her school’s production of Dream Girls, opening in May, she said. Her favorite acting role so far was Tituba in The Crucible. “Tituba was a slave and she was abused, so I like playing her. Her character was interesting.”

Despite the bad influences in her life, Larkins credits her grandparents for being a positive force, helping instill a drive toward academics. “Everything I needed in life, they’ve given me the tools to handle,” she said.

She also had that one special teacher. “Ms. (Caroline) Hopper has been in my life since freshman year. Every student should have a teacher like her. She was always challenging us. She was one of the only teachers who would never overlook you,” she said.

Larkins said that her life is more stable now than it was in the past, at least for now, and said she is looking toward the future with a sense of hope. “When you’re a single mom like my mom, you don’t get a lot of luxuries, but you make it work.”

Once out of college, she hopes her views of the world can help others whose lives are difficult. “I am a big believer in making a change,” she said. “I think that people in bad situations don’t see anything better. I could have been the drug selling business or fighting in school, but I had people telling me I could do more.”

“As an African American young woman I saw a lot of negative examples. We see single moms and gang-bangers. They tell you that you have to be a basketball player to get anywhere. But everybody has something special, if they can just find it.”