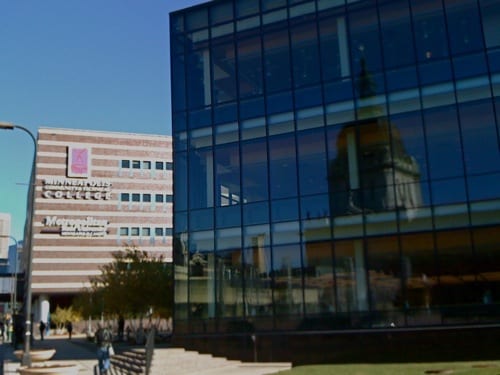 UPDATED 11/19/2010 – One thing is clear about the future of higher education, according to Linnea Stenson, Associate Vice President and Dean of Academic Affairs at Minneapolis Community and Technical College (MCTC): “The days of a single career track are gone.” Students must prepare for a future where they will probably change jobs ten times in their lifetime. “The reason general education courses are important,” said Stenson, “is because you have to learn how to change jobs and how to change your life.”

MCTC has been asked to enter a national discussion about the future of higher education by the Association of American Colleges and Universities (AAC&U), an association concerned with the quality of undergraduate liberal education. On October 22, AAC&U announced that MCTC is one of 32 institutions chosen, from a pool of more than 140 that applied nationwide, to participate in the Project on General Education for a Global Century.

Change in post-secondary education is overdue, according to the AAC&U. In its publication, College Learning for the New Global Century, the organization urges educators to redefine liberal arts education so that acquiring broad general knowledge and developing critical thinking skills are integral to education in all fields and for all students.

Stories from students at MCTC illustrate why it was chosen, along with schools such as the College of William and Mary, Carnegie Mellon University and Michigan State University, to spend the next year looking at ways it has been working to update general education and determining what work remains to be done.

Alfonso Fernandez (27), a student at MCTC, has a lot to think about as he decides whether to transfer to the University of Minnesota or NYU. Both schools have accepted him into their fine arts programs. He is a former factory worker, originally from Spain, who dropped out of MCTC once and then returned. He will graduate this spring with an Associate of Fine Arts degree.

Fernandez said that one of the experiences at MCTC that changed his life was Professor Matt Palombo’s ethics class. As part of an assignment, Fernandez attended a rally in Loring Park where people were protesting Arizona immigration law, SB 1070. Fernandez confessed that he has lived a life sheltered from such issues by his family and his own artistic temperament. “That’s what ethics taught me-to know what’s going on,” he said.

Sofia Jawad (20) credited her eco-feminism class with Professor Ranae Hanson for helping her to see the important role women play in world issues. “It gave me the feeling that even if you are a woman and your voice is small, you can do things and, in the end, you will be remembered for it,” Jawad said. Jawad is studying liberal arts at MCTC and will soon transfer to the University of Minnesota to begin studies in pre-med.

Hanson, who is the leader for the AAC&U grant team at MCTC, said that the kind of diversity that students like Jawad and Fernandez bring to classes at MCTC is what makes the school special. “MCTC does not offer study abroad,” said Hanson. “We have ‘abroad’ here on campus. We have the opportunity here to have international and global interactions in class in a way that many more esteemed institutions do not.”

MCTC has visible diversity. About half of the student body is made up of students of color; there are sizable groups of students who are immigrants, refugees, war vets, ex-felons; a signficant number of students are homeless; and many students are the first generation in their families to attend a post secondary institution.

That means that it’s not unusual for a discussion in chemistry class to turn to the environment, for example, and chemical pollution in Iraq, Jawad’s home country. “I think doctors are needed more than ever because of the chemicals,” said Jawad. “It’s not under control in Iraq so they need someone like me to help train people to deal with the medical conditions. I never expected medicine to be about the environment, but it is.”

Hanson said she looks forward to sharing stories like these that might influence changes at universities with bigger and better reputations. She acknowledged that the whole system may be in for a radical change. “It’s really about our students-how to help them be successful-every day.”

MCTC, located on Hennepin Avenue near Loring Park, is known for its two-year degree programs in career-track occupational fields such as health, business and manufacturing. During the coming year, the team at MCTC will communicate with other program participants through a social networking website to identify common areas of endeavor as they develop a Campus Action Plan. Finally, participants will gather at a curriculum and faculty development institute in August, 2011 to address and discuss the future of liberal arts education.

CORRECTION: The article originally said that 1500 students are homeless, based on a number from The MCTC Student Homelessness Awareness Action group. According to Amy Danielson, MCTC marketing and communications coordinator, “According to a student survey of 1061, 103 students said they are currently homeless. We think it is probably more within the entire study body, but we cannot infer from our 15,000 students based on this survey that 10% of the entire population is homeless.”