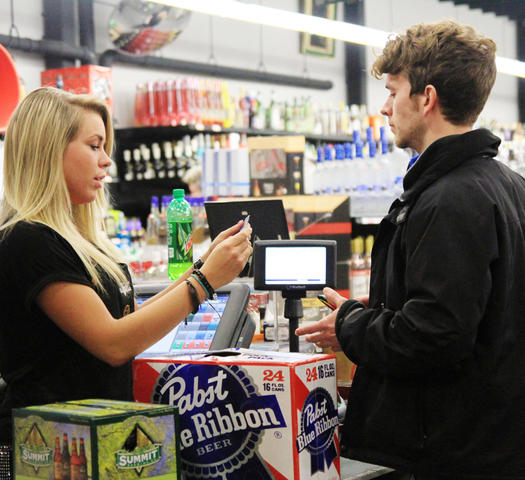 The Minneapolis City Council voted last week to give itself new powers to impose conditions on businesses that have repeatedly violated city laws.

Previously, if a business had multiple violations, it would enter negotiations with the city and, in some cases, have voluntary conditions placed on it.

If the business was unwilling to reach an agreement, the city was forced to begin the process of revoking licenses — a time-consuming and intensive process.

“In very rare instances, businesses wouldn’t agree to the conditions that we felt made the most sense, and the problems would continue,” he said.

The new ordinance allows the City Council to place mandatory conditions on an uncooperative business.

Most business owners in the University District are not worried about the ordinance affecting the way they do business.

But some, like Mesa Pizza manager Matt Tompkins, are worried about the city giving itself more power.

“… Is this the type of power that, as a society, we want our local government to be able to have over businesses and the city?” he said.

Grant Wilson, the city’s licensing and consumer services manager, said the new ordinance will only be used sparingly.

“This is something that’s only going to be used in extremely rare cases and when there’s a significant problem business creating light safety issues for the city,” he said.

The ordinance will bridge the gaps between business, city and neighborhoods, said Skott Johnson, president of the Dinkytown Business Association.

“I know it’s been pretty slow for the city to act on problem situations,” he said. “So this gives them a little more teeth and that’s probably necessary.”

He said he believes the ordinance will be a positive thing for cutting down on serving alcohol to minors — something he considers an issue in Dinkytown.

“There’s probably a business or two that could use more checking up on,” he said.

Because the city would define what actions violate livability based on each individual area, neighborhood groups would likely get involved.

Blarney Pub and Grill owner Mike Mulrooney said he doesn’t think they should play a role in the ordinance.

This tailoring of standards based on neighborhood surroundings runs counter to state laws, said attorney Scott Harris, who testified against the ordinance in a public hearing last month.

“Our state laws on revocation or suspension of liquor licenses don’t have different standards applicable to different locations,” he said. “They’re very limited, and they’re uniform — it isn’t a different standard downtown than it is in quieter neighborhoods.”

Harris said this disparate treatment and the possibility of imposing different standards potentially violates the powers of due process.

Even if the city only imposes minor conditions, he said limiting hours of operation or occupancy can cripple a business.

For now, he said he hopes the city uses the restraint it has promised, not the language of the ordinance.

Marcy-Holmes Neighborhood Association President Doug Carlson said the association’s board considered the ordinance, but most did not support it.

“The board thought some of the ordinances would be too restrictive,” he said.

City Licensing Manager Wilson said businesses will almost always meet with the city and come to an agreement about their practices going forward.

Under the new ordinance, if an agreement on conditions can’t be reached, a hearing will be scheduled before the Council Committee on Regulatory, Energy and Environment and eventually the City Council.

As a last resort, businesses can challenge any conditions put on them to the Minnesota Court of Appeals.

Wilson said with the levels of appeal built into the amendment, there’s a considerable amount of due process.

“They have to have good cause and findings that a problem exists to use this,” he said.

The staff report provided to the council pointed to incidents involving Envy Nightclub in 2012.

The city wanted to restrict events for ages 18-plus at the nightclub after noticing security issues, but the owners refused to sign on to the conditions, and the city couldn’t do anything about it.

“There was consensus that maybe we needed some more tools,” said Councilman Gordon, who voted for the new powers.

Gordon said he understands businesses might be concerned about how the ordinance will be handled by the Council, but for now, he’s comfortable with the change.

“This is a new thing and it’s reasonable that people would have fears and concerns about a new authority that government’s taken on,” he said. “I think we heard that concern, and we tried to accommodate it.”

According to the staff report forwarded to the Council on the amendment, less than 1 percent of licensees in the city currently have a set of conditions imposed on them.

Blarney owner Mulrooney said he avoids violations by meeting with licensing officials on a regular basis. If a business makes the effort to keep communications open, he said, they have no reason to worry.