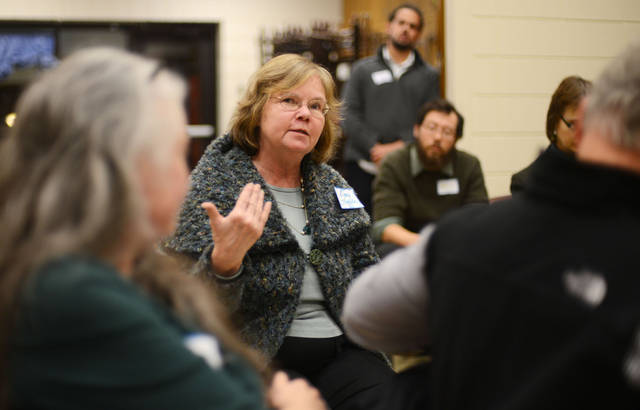 Southeast Como has been “blindsided” recently, but the community’s president said neighborhood officials are working to get more University of Minnesota students involved in the area than ever.

During her annual “State of Como” speech Wednesday, Southeast Como Improvement Association President Wendy Menken said Como was caught off guard by a string of unfortunate events. In the past month, a University student was allegedly sexually assaulted near Van Cleve Park, Marcy Open School was nearly relocated, and chemical vapors from a former General Mills plant seeped into nearby residences.

“We just had one thing after another,” she said. “I hope Murphy’s Law is done with us for a while.”

Menken said better communication could have softened the blow of the proposed Marcy Open School relocation and concerns about chemical vapors.

In both cases, SECIA and community members were some of the last to find out about the issue, she said.

“The [school] district came up with an idea and never talked to us, and the [vapor issue] was suddenly announced, and it was on TV before neighbors knew about it,” she said.

Menken said she hopes the authorities involved in urgent issues will communicate more directly with Como residents and the neighborhood organization in the future.

“Certainly, the hope is to get back into much more of a proactive mode rather than a reactive mode,” she said.

But other problems, like the alleged sexual assault Oct. 27, are harder to prevent, Menken said.

While she praised the neighborhood’s efforts in the aftermath of the assault, which included a public meeting featuring an expert from the University’s Aurora Center, Menken said crime is often outside of the neighborhood’s control.

“That’s an outside variable that just happens and goes in cycles,” she said.

“Educating people who aren’t here for a long period of time becomes a challenge for us,” she said. Minneapolis police are working with SECIA and the University to encourage students to take more responsibility for community safety.

Menken said SECIA has gotten students more involved during the last five years, offering internship and volunteer opportunities for University students at its office and through its community gardening program.

“The students in our neighborhood bring an incredible amount of energy and interest,” she said. “We’re never trying to shove the student body out of the neighborhood.”

Menken said more students than long-term residents are volunteering for the neighborhood’s environmental and gardening programs.

Bill Dane, a University Student Legal Services attorney who serves on the University District Alliance, said his organization has helped place many students in volunteer positions in Como. He said many students get work experience from Como’s active Environment Committee.

“We probably utilize more student volunteers in Como than any other neighborhood,” he said.

Menken said she wished she could have highlighted student involvement more in her speech Wednesday, but events of the last few weeks took precedence.

“At the ‘State of Como,’ you try to focus on the positives and moving forward,” she said. “We’ve got a few things we’re struggling with, but we’re looking to get some balance back.”