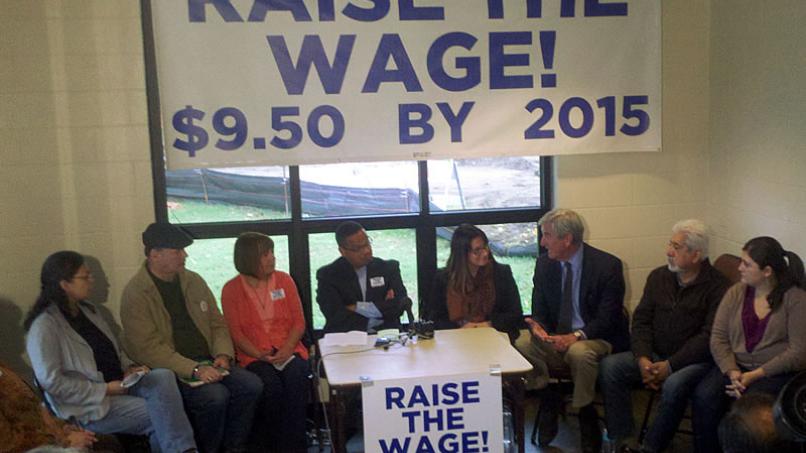 Dozens of Minnesotans attended the Raise the Wage! community roundtable at the Powderhorn Recreation Center in Minneapolis on Monday. Hosted by Congressman Keith Ellison, D-5th Dist., and Congressman Rick Nolan, D-8th Dist., the roundtable provided an opportunity for low-wage workers to speak about their struggles as well as open up a discussion with the broader community about the campaign to raise Minnesota’s minimum wage from $7.25 to $9.50.

The turnout was so great that several attendees were forced to stand outside the meeting room and peer through the doorway in order to observe the roundtable speakers. One of the first speakers was Darcy Landau, a wheelchair agent for Delta Airlines at the Minneapolis-St. Paul Airport.

“What I like about my job is I get to help out all kinds of people – from the very young to the very old,” Landau said. However, he admitted that at $7.25 an hour and with virtually no benefits, his paycheck cannot cover basic necessities such as repairing his car or chipping away at his massive student loan debt.

Leaders from the education and faith sectors also spoke about the trying nature of a low minimum wage within their fields. Lynn Nordgren, president of the Minneapolis Federation of Teachers, highlighted the problem of poverty in Minneapolis schools and its impact on student success.

She noted that when a child does not have a bed, a home, reliable meals, glasses or asthma medication they need, it has a huge impact. “That has an impact on your social, emotional, psychological, and intellectual well-being. It would impact any of us,” Nordgren said.

Nolan began his remarks reminiscing about when he was young and opportunities were abundant. Since that time has receded, “It’s not just unfair and socially and economically unjust. It’s burying one of the world’s great aspirations, which is the American dream. A place where if you’re willing to play by the rules, show up, work hard, do your job, you could enjoy a comfortable standard of living,” he said.

Ellison stressed the importance of educating neighbors and community members about raising the minimum wage. “If you invest in people and pay them fairly, everybody does better,” Ellison said.

Both Nolan and Ellison have supported raising the federal minimum wage to $10.50 an hour. “Our federal government funds more low wage jobs than McDonald’s and Walmart put together. So we’ve got a national crisis,” Ellison added.

In addition, both congressmen stated that raising the minimum wage is a good first step in a long line of changes needed to help the U.S. economy.

Here in Minnesota, House File 92 passed the Minnesota House earlier this year. At the start of the 2014 legislative session, the Minnesota Senate will have the opportunity to pass the bill, which would raise the minimum wage to $9.50 an hour by August 2015. 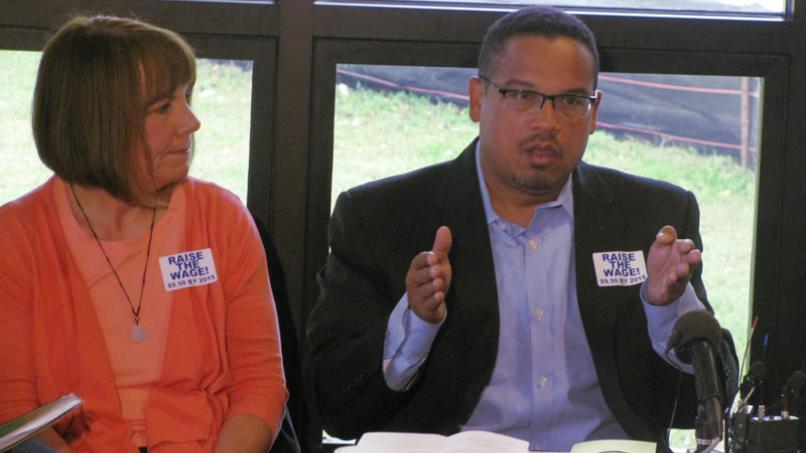