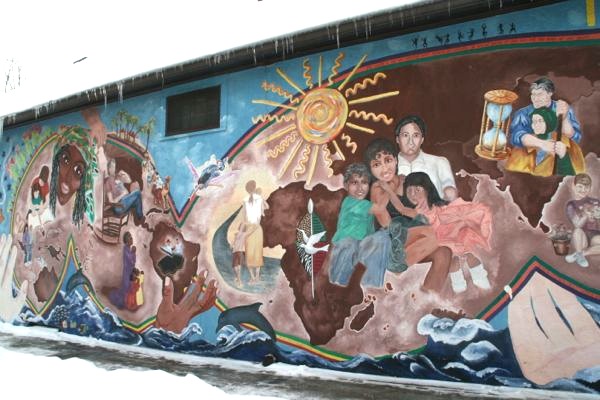 Joseph’s Mexican and Lebanese Market blends the flavors of St. Paul’s Westside neighborhood. Once an enclave for middle class Lebanese families, and now near the center of the Mexican-American community, the neighborhood is a mix of old timers and new immigrants, often poor. Instead of moving as the neighborhood changed, Gene and Irene Joseph, the market’s owners for 36 years, simply adapted.

The store and area’s world-beat nature is reflected in the store’s flatbread cooler. Side by side are home-style tortillas from Joseph’s own recipe and his Lebanese flat bread. (The store’s lefse is a commercially available brand.) 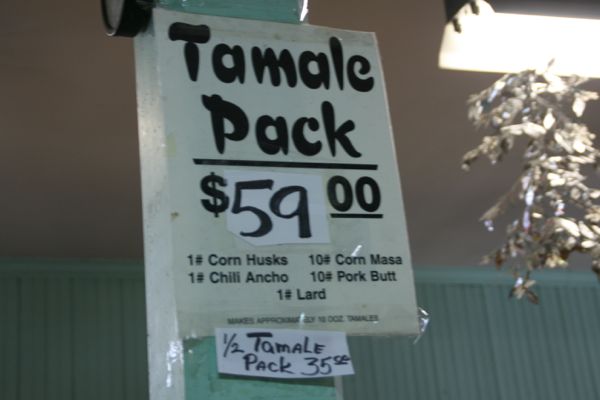 Gene Joseph doesn’t know how many of the Tamale Packs he sells every year a Christmas, but it helps keep the store afloat. 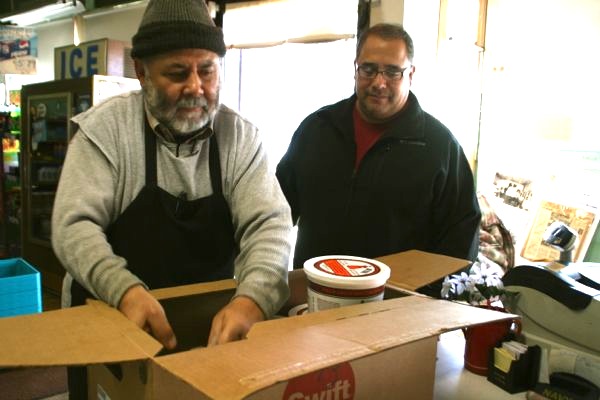 Kevin Rodriguez stopped by to pick up 30 pounds of masa and bags of dried ancho peppers for his family’s tamale making party. “I used to come here as a kid,” he said. “I still come to buy masa. My parents still live in the neighborhood and when my family gets together, we make 50 dozen. We eat them and share them with friends. It’s a big get-together.” 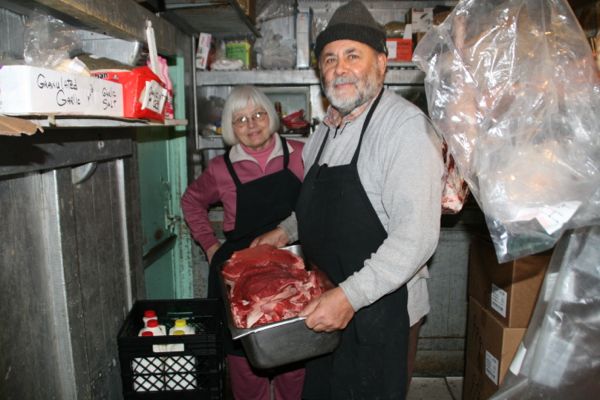 Gene and Irene Joseph stand in the cooler where the magic happens. Meats, especially Gene’s special chorizos, are available nowhere else.

The Josephs are proud of their specialty items, especially the meats. Gene once worked for Swift Meat Packing, in sales. “Now, I’m on the other end of the meat business,” he said, as he walked into the store’s meat locker to show off the meat for his pork, beef or pork/beef mix chorizos,. Spices for his chorizos arrive in 50 lb. barrels. “There are no preservatives in my recipes,” he said proudly. 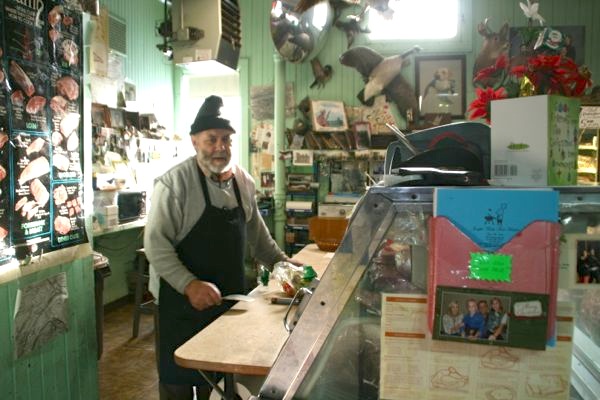 Being a butcher is Gene Joseph’s second (or third) career. Before he bought the store with a government loan, Gene worked as a salesman and a mail carrier.

The store sells a coarsely ground lamb and beef mix, fatty and flavorful. I used the ground meat mixture to make stuffed cabbage as recommended and served it with a little of the innocent looking garlic sauce that, Gene said, brings in customers from miles around. It was extraordinary.

“You don’t find something like that in the supermarket,” said Gene. “You can use it as a meat sauce or just dip your bread into it.”

“But, if you eat it, everyone has to eat it,” Irene warmed. ‘It’ll make you smell like garlic all day.” 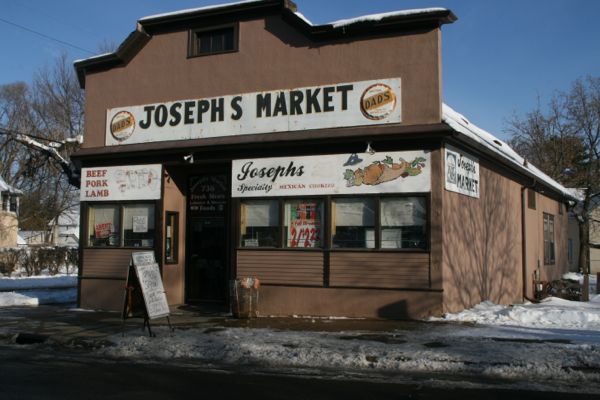 Joseph’s, a tiny neighborhood store at just over 2,000 sq. ft. supplies the West Side Neighborhood of St. Paul at the corner of Sidney and Oakdale, just off Robert St.

The neighborhood has gotten less affluent in the last 15 years, Gene said. “A lot of people are on food stamps.” He carries regular groceries – canned vegetables, SPAM, spaghetti sauces and the like – for his Food Stamp and WIC customers – but prices at the distributors are so high for a small volume grocery store like Joseph’s, that Irene goes to big box supermarkets to purchase canned goods to sell at their store. “It’s cheaper for us at Cub then buying from a distributor,” she said. “That’s the plight of the little store.”

Joseph’s Grocery is now on the market. Gene is 76 years old, and in the store from opening until the store closes at 6:00 p.m. Irene is 73 years old and retired, except for the mornings (and some afternoons) she puts in at the store . “My knees hurt. My husband’s health is not the greatest,” Irene said.

If the store is sold, Gene’s recipes might retire with him. “People ask me for the recipes,” said Gene, but he’s not telling, at least not now.

Both hope to retire soon, but say they’ll miss their customers, “A couple of years ago, three big black kids came in – really big guys looking like football players,” Gene said. “They asked me ‘Where’s that little lady?’ They meant Irene. And then one said, “When I grow up, I want to be exactly like her.”

Joseph’s Mexican and Lebanese Market is located at 736 Oakdale in a residential area. It’s worth the trip from anywhere. Be prepared to talk to the owners. They’ll tell you their life’s story.