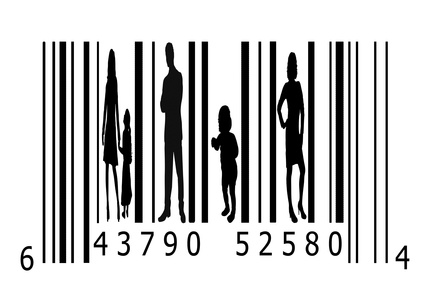 “Minnesota girls are being bought and sold for sex,” says Dinah Swain, “and it’s our responsibility as adults to stop it.” While the issue is complicated, the sense of urgency it creates is not.

Dinah Swain and some of her colleagues in the 2012-2013 Policy Fellows program of the Humphrey School of Public Affairs looked for new ways to address the issue, and found allies in the Metro Transit system and Somali Imams.

Full disclosure: Phoebe Tollefson is a full-time staff member at the Humphrey School of Public Affairs.

According to Swain, public transportation is a key point of contact for victim outreach. “Many travel to and from prostitution jobs on buses and light rail, or hang around transit stops to meet the clients,” said Swain.

Metro Transit has agreed to reserve space on the interior ad section of buses for ads that promote public awareness about sex trafficking. Swain and others are in the process of designing these ads, and Metro Transit officials say they will begin appearing by late summer or early fall of this year. The ads will appear in some but not all of Metro Transit’s 900 buses.

In addition to ads, Brian Lamb, General Manager of Metro Transit, said he is exploring options for bus drivers to formally report incidents. “We have 1500 operators,” said Lamb, “and we want to heighten the awareness for our operators as well to kind of be the eyes. So if they see something that looks suspicious, to be able to plug that back into the system. It’s the same kind of approach that law enforcement has been working on in the hotel industry, for instance. . . . You know, if you see it, report it.”

While he is looking for options for bus operators to report incidents, Lamb expressed caution about giving operators new responsibilities.

“[We are] trying to find the right balance for our operators [by] recognizing they have a primary job. . . We definitely don’t want operators to inject themselves into a situation where either they or their customers could be in danger.”

“A variety of options are on the table,” said Metro Transit Police Chief John Harrington, including “a public awareness campaign, training for transit police and operators, getting neighborhood watch groups or block clubs involved, or some additional policy change.”

In addition to Metro Transit, the Policy Fellows’ project has engaged local Imams in anti-trafficking efforts. Sharif Mohamed, a Policy Fellow and Imam, is leading the charge.

Reflecting on the three Somali men in the Twin Cities who were found guilty of operating an interstate sex trafficking ring, Mohamed said that, “A while back, my community denied it. This kind of behavior is bad in Islam and we think it can’t be possible in our community. It gets blamed on the outside community. Even as these things happen, they become taboo. No one wants to hear about it. Because of that, the girls never talk about it.”

Mohamed is addressing this reticence head-on through meetings and one-on-one conversations with fellow Imams. In March, Mohamed and six other Imams met with Ramsey County Attorney John Choi, law enforcement officials and others to discuss the problem. The group is currently in the process of translating a fact sheet about sex trafficking in the Twin Cities into Somali, and Mohamed has begun preaching about the topic to his congregation.

“We expect the message and warning about sex trafficking will be shared with 10,000 Somalis in our state,” said Swain.

The Polaris Project categorized Minnesota as one of 21 states with the strictest human trafficking laws. In part, this reflects the 2011 Safe Harbor Law, which provides that trafficked youth will be treated as victims, not criminals.

While the state laws may be relatively strong, however, the crime has not stopped. Last year’s legislative report shows that 613 criminal charges related to sex trafficking were filed statewide in 2011– a number that experts say is too low to be accurate, considering the fact that many such crimes go unreported.

Michele McKenzie from The Advocates for Human Rights points to several factors that make Minnesota home to sex trafficking, including “major freeways, the port in Duluth, the Mall of America, [and] gang activity.”

Sex trafficking in Minnesota: Why one case matters (Mary O’Brien, 2012)