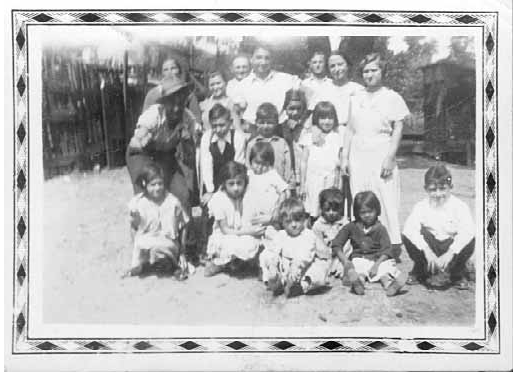 However, Swede Hollow abuts our neighborhood and is often visited by our residents. While a great deal has been written about this historic community, first hand reports are very rare. Mike Sanchelli (1915-2003) is considered the premier story teller of the Italian residents who lived along the banks of Phalen Creek. He was born in the hollow and lived there for many years. This is a portion of a long manuscript that can be found at the Minnesota Historical Society. It begins when his family moved back into Swede Hollow after a short stay in Montana and bought their first house.

My father had to borrow… the whole twenty dollars the house cost. The friends and neighbors gave us what extra furniture that they could spare and… we started our new life in Swede Hollow…. As I stood in the yard one morning after we moved in, I took a long look around the hollow. We were back home, and we owned our own home, the kids were playing at the end of the big bridge, you could hear the chickens and roosters, dogs running around excitedly.

My father was digging a hole in one corner of the yard. “Whatta ya gona put there pa?”, I asked. “Thissa gonna be de flaga pole, thissa my property in America” he said… The flag would fly on all proper flag days without fail because my father knew them by heart.

“What a great place to be poor,” I thought to myself and listening to the chatter of happy kids, happy chicken, excited dogs, and mothers talking to each other across one side of the hollow to the other. I carried the happy thought back into the house with me… Swede Hollow was a great place for playing, no traffic to worry about, one class of people, even if there were different nationalities….

We weren’t going to live high on the hog with my father getting his old job back, the railroads were not paying that good of wages, but we would be able to afford the necessities of living. We got into the old Italian way of life in Swede Hollow. In the day the Italian ladies would visit each other and after supper the men would do the same.

I would witness an old Italian way of making wine… I walked in the front door of my house one evening and there were two Italians kneeling by my father…. They were trimming his toenails and washing his feet, then they picked him up and carried him… to the Barilla’s front yard. They stood him up in a great big wooden half barrel…. Two men would dump crates of dark blue grapes in the barrel. My father was mashing the grapes with his bare feet and singing at the top of his voice, songs of Italy.

My Uncle Martin would introduce the hotta dogga to the Sanchlelli’s. I didn’t know what to expect being that I never heard of it. He went out and bought the weiners and buns… Uncle Martin came in from the kitchen with a large pan full of boiling water and wieners. He had mustard and ketchup ready… He set the pan in the middle of the table and the Sanchelli’s went American for supper. Everybody liked It, so every Wednesday we had hotta doggas. My father didn’t care too much for the buns, so he used Italian bread instead.

Like the other Italians in the hollow we started to raise chickens, rabbits and even had a pig. I remember the morning… Mr. Yekaldo plunged the knife into the pig’s heart. The pig screamed and altho I felt a little pang, I knew it had to be done. My mother fried pieces of fresh pork that were eatable while the men continued to skin the pig. The carcass was finally hung in the shed to cool… When the younger kids got up it was over and, after a few tears, they forgot about the pig that they had given a name.

We had no playground except for the old lot. Nobody had a ball and bat, so we played around the railroad tracks, the binder dump, in the street or play on the wagons.. parked in the empty lot…. We would also go to the freight yards near Fourth Street and see if there was anything good to eat in the fruit cars. They sure hauled a lot of cabbage in those days. It seemed like we ate cabbage 5 times a week….

The year 1926 turned out to be a happy year for us. We were in the swing of things with the rest of the people of Swede Hollow, or it could have been called happy hollow…. Christmas eve we heard somebody singing Christmas carols outside our door. We opened the kitchen door and there was Miss Dowling of the Christ Child Community Center with some of the boys I recognized.. they had brought a basket of food… the little boost we needed. It was a great Christmas. Every body was singing Christmas carols, Italian ones and English ones. We ate in the living room at the big round table we got from somebody. It was loaded…

Holidays. They are not what I had always looked forward to when I was a youngster…. In our days there were no presents. It was the routine that we cherished., going to midnight mass, singing Christmas carols in English and Italian, coming home and continue eating codfish…lupino (Italian popcorn) and nuts and peanuts.. We did a lot of visiting the neighbors in Swede Hollow, more so because it was like a village all by itself.