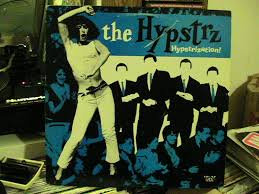 Author’s note: This blog comes from me talking to my 15 year old about her Dad being in his twenties in Minneapolis in the 80s. I asked her recently, “What is your purpose in life?”  She hit me with “To be myself and figure it out!”   That’s brilliant and what I mostly did as a slacker in the 80s and on a certain level am still doing.

My kid: “Yo Dad, I’m liking all the music you’ve been dialing up. What type of music did you listen to in the 80s?’

Me: “Me? I’m non-musical but I know what I like. You my darling, on the other hand, are a player in the outstanding band program at South High.  I can only claim to have been in Minneapolis in the great 80s when music was happening…”

Disclaimer: I’m no music critic and yet writers who pontificate a bit too much about the “bands that matter” and so forth blah blah blah can quickly sound trite. Nonetheless, I started shaving in the mid 70s, that decade when new wave hit like a ska tsunami.  When my friends and I first dug Elvis Costello we thought, “What the hell is this?” We trimmed our post hippy locks, traded our bellbottoms for straight legs and commenced pogoing like madmen.  New wave washed album oriented “rock” like Styx, Journey, Boston and Bob Seger and the Silver Bullet Band away to the land of the lost backwater where today it trudges on to the right of 91 on the FM dial.

It was a new day in music.

A belated apology: In the first summer of Reagan’s rule I was one of many who displayed a “F**k off and Die” button on my ripped t-shirt for the world to admire. The angry mindset of punk rock was a definite 180 from the fuzzy peace and love thing of the 70s. What were we pissed off about? I don’t remember.  It was likely an adolescent cry for help or a misguided venture into self-identity and peer orientation.  I would like to smack the pinhead punk poser I temporarily affected 34 years ago. “Hey Dummy! What’s the problem?  You are not a working class victim of Margaret Thatcher’s economic policies! No need to imitate angry British punk rockers! Get a life!”

But that was the scene for many in the provincial Midwest back then. In the early 80’s boys and girls with peacock Mohawks and studded black leather outfits strutted about and nasty skinheads sporting lace up Doc Martens, suspenders and twirling canes blocked the path of decent citizens trying to catch a flick at the Uptown Cinema.

My kid: “Dad! All right already with the Grandpa rant! Tell me about the music…”

Yeah, one of my earliest Minneapolis memories is seeing a Xeroxed flyer stapled to a telephone pole in the Wedge for a band called the Won’t. The name pretty much sums up the spirit of the times. I think all the boys sported a hint of mascara a la Clockwork Orange or New Romantics. A couple of years later a work and roommate turned out to have been the bassist for that short-lived combo. The Won’t, I’ve been told, all lived together in a “band house” where the shenanigans were like an MTV reality show.

A lot of this came back recently when I was out on a perfect spring Saturday garage sale hopping in Seward with my lovely spouse. We came across Steve McClellan, former manager of First Avenue back in the day. He had a table of CDs for sale and I picked up a copy of The Bootlegs Vol. 1 Celebrating 35 Years at First Avenue (Live).  We got to talking about the 80’s. “I didn’t really know what I was doing and was approached by everything in the music world EXCEPT corporate music. This was at a time with me not knowing any better. I booked everything that approached me, since the “corporate (major agencies, radio bands, etc.) were NOT approaching me for dates,” said a genial Steve.

Favorite 80s shows at First Avenue include REM right after the EP Radio Free Europe came out. Michael Stipe had hair. The boys from Athens, GA rocked melodic jangly guitars previewing all their great music to come. U2, although according to a lass I knew there were better bands out of Éire, were fresh faced lads and their music circa Boy was moody and introspective.  Billy Bragg crooned with “me mate Wiggy on bass” about revolution and made references to recreational cocaine. He had a Woody Guthrie “This Machine Kills Fascists” sticker on his guitar. Gang of Four made jagged noise about Mao and social upheaval that Minnesota youth found romantic but had no context for understanding. I didn’t love the former Sex Pistol, John Lydon Public Image Limited show. His band wore matching PILtd t-shirts and he kept whining about being “googled” at. Maybe my favorite show was the night k.d lang and her country rock band of fellas in pearl button western shirts came through. The woman filled the place with a volcanic voice that vibrated my teeth and made my eyeballs twitch.  A friend who was there that night said, “That was way happening…” And it was. All this music and much more is the soundtrack that in my waning days will be an earworm in my head as I rest, folded blanket over my legs, in my dotage.

One day I wandered wide-eyed into the record store on 5th and Hennepin. There was a poster of Madonna decked out in full crucifix regalia in the window.  On impulse I picked up a band I’d never heard of: The Jam Sound Effects on vinyl.   Besides pre-recorded cassettes, which were usually of horrible quality, LPs were the only choice for buying music. What a great record, to me it sounded totally original, and songs like Pretty Green with its condemnation of materialism appealed my early twenties sensibility. There was a local knock off called The Dig who imitated The Jam. Why not?  The Jam was danceable and had a mod/punk edge that was cool.  Today The Jam rightfully occupies its share of megabytes on my device.

Maybe music that great with a myriad of influences (stole that off some iTunes liner notes) is still being made. Like I said, I ain’t qualified to be a music critic. I occasionally pick up a dog-eared copy of Rolling Stone when I’m getting groomed at Jim’s Barbershop on East Franklin Ave. However, every time I tune into the Current all the music sounds like something that’s already been done. The DJs on the Current could do with more rock and less talk, anybody agree?  My question is: Do millennials have their own sound? Because it seems like they mostly just mine the treasure trove of 80s music for their material.

The 80s local sound and scene was big fun. Was that an optical illusion of a two-headed beast I spotted in First Avenue one night or Prince getting a piggyback ride on the shoulders of his huge bodyguard? I have at least one friend that confirms the veracity of that particular urban legend.

I was lucky to have a few musician friends who worked on the 50th floor of the IDS where many local troubadours toiled. Me, I was too undisciplined (the slacker thing) to learn an instrument and was content to live vicariously through them. My roommate was the bassist for the Hypstrz and I got to tag along to a few memorable shows. The Hypstrz opened for Black Flag and I regret not allowing one of the Batson brothers to hurl me off the stage. Henry Rollins’s snarl of disgust as I caught my balance and retreated is a shameful memory. It was a minor thrill to help load the band van after a “gig” (a gig is what those of us in the music industry call a show) and sort of be a roadie. I replaced the drummer as roommate in the old downtown residential hotel the Hampshire Arms and still remember how filthy he left the space I appropriated. Another pal, still involved in recording today, had a band called Crush On You. COY had a funk/rock/new wave thing going on and were talented and fun, especially the drummer (Hey Zimmie!). One summer day they played a festival in the parking lot of the Artist’s Quarter and were making the people move. Then the keyboard player started singing about “club life” and a few dudes nodding their heads starting cracking up.  Hah!

Volumes have been written about the Minneapolis sound. Go read them.  Me, I was on the fringes and happy to enjoy being a fan. I dated a girl who had an enormous crush on Tommy Stinson.  Minneapolis was a small enough of a city that only one or two degrees of separation separated a boy about town from the scene even if that meant being snubbed by your girlfriend when Tommy Stinson greeted her by name on the street. That’s all right. She had other qualities.

The little big city character of Minneapolis is still true. I’m constantly meeting folks who I know and haven’t seen in a while and mutual friends across the spectrum. The network one can develop here is a real nugget of social and creative capital.  Judging by a copy of the City Pages weekly the music scene is thriving even if many bands are co-opting the great music of the mid-decades.  You my darling have an opportunity to pick up your horn, get with some like-minded players and make your own music. I would be your personal chauffeur to and from band practice. I’ve picked up and quit a couple of instruments in my life and regretted not following through because musicians always look like they are truly enjoying what they do.

So, I 100% endorse you living the slacker creed: “To be myself and figure it out.” That could be the chorus of a really cool song.