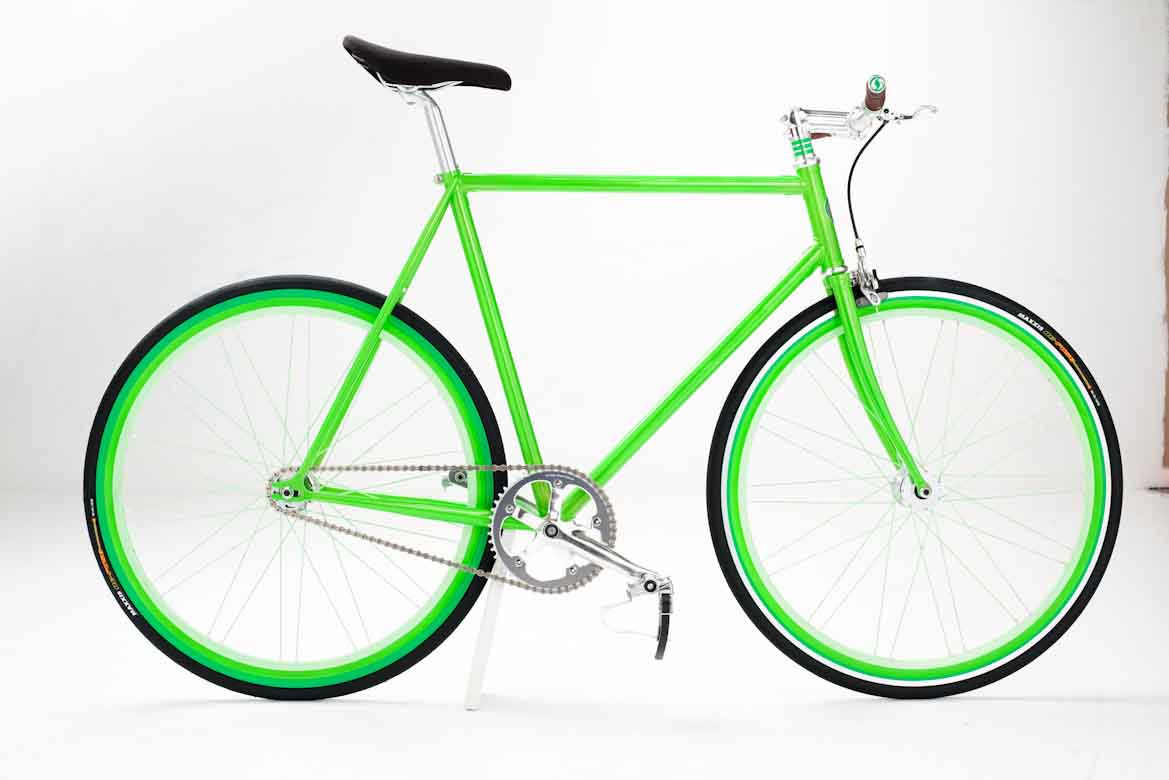 My Kid: “I think I need a new bike. What kind should I get? Can I ride in the winter?”

Anyone remember the analog age? At one time legal documents, advertising, official letters, packages, take out lunch and all kinds of actual stuff had to be physically carried from office to office. Now most everything can be sent as an email or digital attachment. In the 80s the bike messengers of Bicycle Express were the fastest way to get something delivered in downtown Minneapolis.

It worked like this: A client called the dispatcher (on a land line; smart phones didn’t exist) with the to and from. The dispatcher beeped one of the riders out on the street.  Riders carried a communication device called a beeper and when it went off the rider had to find a pay phone (Riders carried quarters and were reimbursed for calls) or ask to use the phone of the office where they happened to be. In a last gasp of 19th century information technology they’d enter the coordinates in a receipt book and zoom off.  If I remember right Bicycle Express charged 3 or 4 bucks per delivery the riders getting half. If you did 4 or 6 an hour it was an ok hourly. By slacker standards that is.

Deposition from 12th floor Faegre and Benson Law in the Opus building to Hennepin County Courts.  Prints of a photo shoot from 5th floor Daytons to Campbell Mithun Ad Agency.  Blueprints rolled up in a tube from Hammel Green Architects.  A contract from a boardroom on the top floor of the Multifoods Building to an office on the other side of town. That sort of stuff, all carried in a roomy over the shoulder yellow canvas messenger bag.

It was a sweet gig. Outside all day, in and out of offices, flirting with receptionists, eating in diners and best of all the freedom and independence of doing it on a bike. Among us riders there were English three speed enthusiasts, mountain bike mudders, road bike racers and a few single speed aficionados. Single speed bikes were uncommon in the 80s but singles have a history in downtown Minneapolis. Click on this link of downtown in 1905 zoom in and see how many single speed bikes perched against buildings you can find. That’s exactly what we did too, lean our bikes outside the building except we locked up with Kryptonites, keys hanging like charm bracelets from around our wrists. I think one of the original single speed Bicycle Express guys now owns a bike shop / bike studio downtown.

I found a lot of my ilk at Bicycle Express because bike messenger is not really a career. Bicycle Express had an office in the Sexton Building on East Seventh where the dispatcher took calls and riders converged in a lounge enjoying biker fellowship, drinking coffee and trading bike parts and repair tips. Most riders were in that slacker limbo land of being between life phases and having fun until what came next. Art school refugees, a guy trying pass the bar, an aspiring writer or two, male and female models, hard core bike racers, college boys and me, a slacker who also tended bar. The dispatcher was a cartoonist and Vietnam War conscientious objector who spent time in federal prison. He was also a grizzled cross-country cyclist who taught me how to rebuild a Sturmey-Archer internal three-speed hub. Another character published a satirical rag called The Heathen Science Monitor stapling it on telephone poles around town. He is now a radical and English teacher residing in Mexico City whom I’ve visited a couple of times.

When several jobs came at once it was a little like Euler’s Seven Bridges of Königsberg formula, quickly calculating the fastest route between multiple destinations.  At any time a pedestrian could step into the street right in front of a rider barreling forward with a full head of steam or a careless driver could change lanes with a bike going 25 mph in his blind spot. Once I was flying up Marquette right outside the hotel where I also bartended and a passenger opened a car door right in my path. I dumped my bike and plowed my right shoulder right into the door, rocking the car. No helmet of course and it was only sheer luck that I didn’t crash through the car door window glass face first.  The woman who unintentionally tried to kill me got her pantyhose stamped with knobby mountain bike tire tread.

Me: “So do I have to wear a helmet … ?” (My perceptive kid knows what it means I repeat back a question…)

In good weather bike messenger was a great job. Cruising Nicollet Mall, hanging out in the sun at Peavey Plaza or any of the other open-air lounges favored by bikers was a certain freedom. In the winter it was all about traction. Cold weather is doable. In arctic air I’d wrap a scarf around my face that soon got caked with ice from breathing. You can dress for cold but bikes are treacherous on snow and ice. Above 30 and wet snow at least provided some traction. Wide tires and an upright position like on a three speed or mountain bike were easier to get a foot down during a slip. Worst was riding in cold rain. That sucked.

Until recently I thought bike messengers didn’t exist anymore. Then I was watching channel 9 and the goofy weatherman did a spot on a bike “courier” and how rugged he was riding in frigid temps. This guy looked like an ad from an REI circular. He had a correct Timbuktu bag with a special sleeve for his iphone, front and rear safety lights, fenders that looked like they came with his expensive looking single and sported a pair of very cute breeches. His red rims matched his red frame with that color coordinated look that makes bikes resemble crayons. He had a hipster beard like a barbershop quartet dude or an officer in the Confederate army. Ha ha ha!  I’m embellishing how the bike guy in the channel 9 piece looks. Probably a great guy but some bikers these days can look ridiculous.

I’m laughing because I was once featured in a prominent photo in the Strib. In the shot I’m on my bike with the rear wheel sticking out of a phone booth. My ride was a beater Trek mountain bike with friction shift and a strip of cardboard stuck in the rear rack for a fender. There’s a foam coffee to go cup wedged in the water bottle mount.  The pay phone receiver is wedged under my chin and I’m scribbling in receipt book trying to make my pen work in the cold air.  Rubber bands around my ankles are keeping my jeans out of the chain. The portrait is of a guy hitting his slacker stride. Beyond getting the next delivery done on time he doesn’t have a care in the world.

So yeah, you do need a new bike. There’s a frame in the garage, we’re gonna visit Freewheel bike shop to get parts, replace the triple crank with a single and install a rear track set wheel and freewheel assembly. Maybe some 46 x 14 or 16 action.  New tires, a big fricking lock, tighten the brakes, a few Dad lessons in defensive riding, a properly adjusted helmet and it’ll be all good. Oh and your new bike will not resemble a crayon.