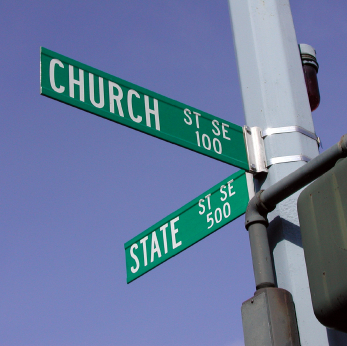 Six members of You Can Run But You Cannot Hide International, a controversial ministry that holds Christian assemblies in public schools, are ordained as ministers, tax documents show. The members’ status raises questions about their activities in public schools as well as whether they are qualified to take advantage of tax breaks normally afforded to pastors and priests.

Some of the members listed as ministers are employed in the ministry’s punk band that brings its Christian message to public schools, possibly in violation of the constitution’s principle of separation of church and state.

Of the six ordained members, the documents reveal, five have been given a clergy housing allowance: tax-free payments by the ministry to support rent or mortgage payments. A church operating as a nonprofit must file IRS form 990, which must list any minister housing allowances as part of the employee’s compensation in order for the members to take the allowance as part of their income.

Jake MacAuley, also known as Jake McMillian, sidekick to ministry leader Bradlee Dean on the group’s radio show and a co-minister, was paid the allowance in the amount of $12,976 in 2008, the only year for which tax documents are available. According to another section of the 990 form (PDF), at least four other unnamed members of the ministry received a similar allowance totaling $54,532 in 2008.

The federal government has laid out specific guidelines on the definition of clergy for the housing allowance. A minister must: perform “sacerdotal functions” such as marriages, funerals and the sacraments of the faith; must conduct worship services; must control or maintain the organization; must be considered a spiritual leader; and must be ordained, licensed or commissioned.

It’s unclear how You Can Run fulfills all of those requirements. A request for information from the ministry has not been returned.

Perhaps more unclear is how You Can Run can consist of ordained ministers in order to get tax breaks while also claiming that it’s not performing religious functions in public schools.

Dean has repeatedly said that the group rejects the constitutional separation of church and state and frequently notes that it evangelizes at public high school assemblies. When asked by the Minnesota Independent whether the group preaches the gospel at schools, Dean said: not necessarily. “Seventy-eight percent of the American people are professing Christians,” he said. “Are they, in their line of work, to wear ‘I am a Christian’ shirts?”

In a lengthy piece in the Weekly Standard, the group said the only Christian message is in their music — the rest of their message’s focus is on morality. When speaking to supporters, however, Dean often states unequivocally that the ministry is bringing the message of Christ to public school students. In an April 2009 radio interview, one of YCR’s band members said, “We are speaking to kids in our schools about the Constitution, suicide prevention and our own testimony of how Christ turned our lives around in public schools so we can get the light into kids’ hands in public schools.”

“I don’t want to say a minister couldn’t go into a school to do a secular assembly,” said Alex Luchenitser, senior litigation counsel for Americans United for the Separation of Church and State. “But obviously, ministers are not allowed to go into public schools to preach.”

Robert Baty, a former IRS appeals officer who has been following the uses and abuses of the clergy housing allowance, says YCR may be conforming to the law.

“They may well be ‘ordained, commissioned and/or licensed’ ministers in their religious group,” he said. “It doesn’t take much to get ‘ordained, commissioned, and/or licensed’ in many religious groups these days. And if that be the case, the organization paying them may well qualify as ‘religious’ enough so as to be able to designate all or part of their income as income tax–free housing.”

Baty pointed to Revenue Ruling 70-549, which greatly expanded who could take the tax benefits afforded to the clergy. He says the ruling was the “result of the pressure put on the IRS by George Bush, Sr., and [Texas Congressman] Omar Burleson” at the request of a Christian university.

“As a result, employees at private schools like Pepperdine can register as ministers and claim the housing allowance, regardless of the fact that they may be getting paid to coach basketball or lead the marching band — as opposed to a rock band [in the case of You Can Run],” said Baty.

Annie Gaylor of the Freedom from Religion Foundation said the You Can Run 990 disclosure demonstrates that the “parish exemption is wildly abused and out of control.”

Gaylor’s group is targeting the exemption in federal court, arguing that clergy are allowed enormous tax breaks not afforded to other classes of Americans and that it is an unconstitutional endorsement of religion. FFRF filed suit in late October in the California Eastern District Court against Timothy Geithner, Secretary of Treasury; Douglas Shulman, Commissioner of the Internal Revenue Service; and Selvi Stanislaus, executive officer of the California Franchise Tax Board.

“All other taxpayers pay more because clergy receive this privileged benefit, not available to any other class of American,” said Gaylor.

In a press release surrounding the lawsuit, the group added, “Most notorious, clergy may ‘double-dip’: deduct their mortgage payments and real estate taxes from income tax, even though they paid for these with tax-exempt dollars, amounting to a government subsidy solely for clergy.”

A former IRS attorney, who spoke with the Minnesota Independent on the condition of anonymity, said You Can Run’s tax forms do raise some concerns but there’s not enough information available to determine whether the allowances made are inappropriate.

“No one can qualify for [the housing allowance] unless they are licensed or ordained ministers,” said the former attorney. “Of course, the IRS is lax in enforcing it.”

“I doubt that all five of the members of You Can Run But You Cannot Hide would meet that requirement. I mean some of these guys are musicians,” the source said.

The former attorney also said that based on the 990 it didn’t appear that the group “played an integral part of any church or organized denomination.”

But despite those imitations, Luchenitzer agreed that the outward appearance of You Can Run is troublesome.

“Are they just five people who just decided to get together or are they ordained by an organized religious body? If it’s the former, it’s probably not what the IRS intended,” he said.