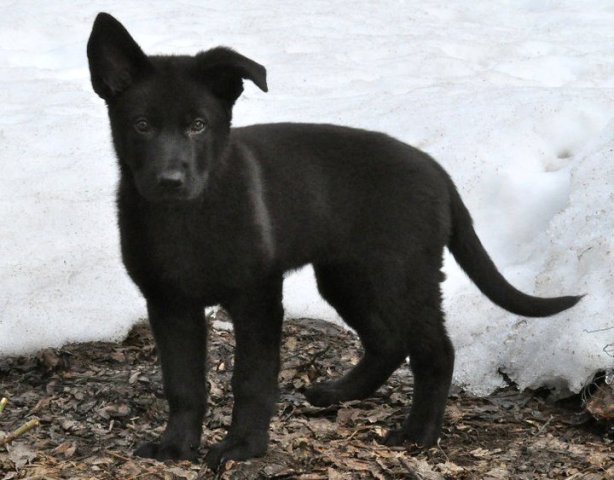 It was big news when a new puppy joined the household of Governor Mark Dayton. Naturally, we at Sidewalk Dog knew you’d want to know more about little Mingo-we  did! So we reached out to ask about the furry new addition to the Governor’s Residence, and were ecstatic when Governor Dayton agreed to share his thoughts on Mingo.

Here’s the scoop. Technically, Governor Dayton’s new German shepherd is the “Second Dog”-her big brother Mesabi (also a German shepherd) would probably lay claim to the title “First Dog.” And though Mingo is only three months old, she’s been a busy pup-she already has her own Facebook page and has written (with puppy paws, at that!) an online treatise called “Mingo’s Guide to Minnesota.”

Sidewalk Dog: Have you always been a dog person?

Governor Dayton: Yes, although I also had four cats over about 15 years.

SD: Where did Mingo come from? What does her name mean?

GD: Her full name is Wanamingo, after the town in Southeastern Minnesota. She was born on a farm just outside of Clara City, MN. Coincidentally, her father was born in Wanamingo! 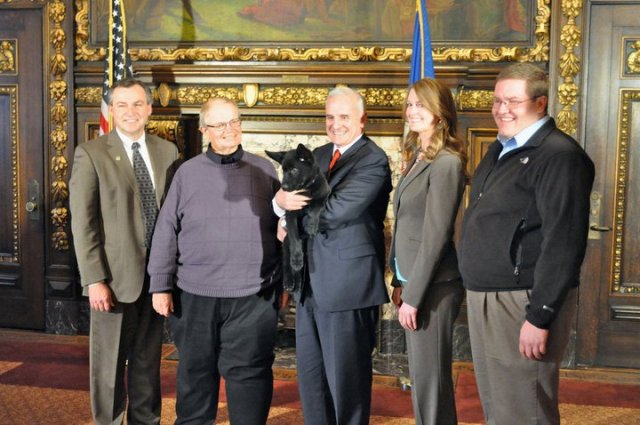 Mingo meets city officials from Wanamingo at the State Capitol.

SD: What is it about German shepherds that keeps you coming back to them?

SD: How is Mingo adapting to life in the Governor’s Residence? Are there any challenges?

GD: Mingo has done amazingly well to go from a farm with a mother, father, and eight brothers and sisters to a house in St. Paul with an almost nine year-old German shepherd and me. There are the usual challenges of raising a puppy, but we are delighted she is with us! 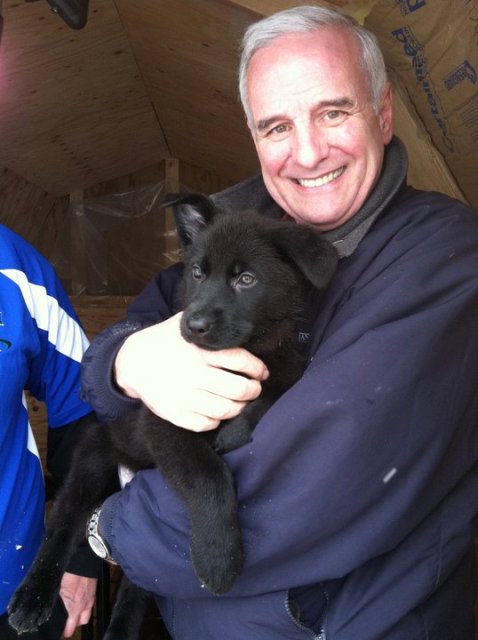 SD: How is Mesabi getting along with the puppy?

GD: Mesabi was very depressed after losing his life-long companion, his sister Dakota, to cancer in January. Mingo has definitely spiced up his life! He is learning to play with her, and they are becoming good friends-as long as she stays out of his food bowl!

SD: Do you enjoy any dog-friendly restaurants or shops in the Twin Cities?

GD: Unfortunately, I don’t have much time for eating out or shopping.

SD: Anything else you’d like to add about Mingo?

GD: The first time I saw a picture of her at about four weeks old, I said to myself, ‘Bingo, that’s Mingo’!  I was right. She’s definitely won my heart!