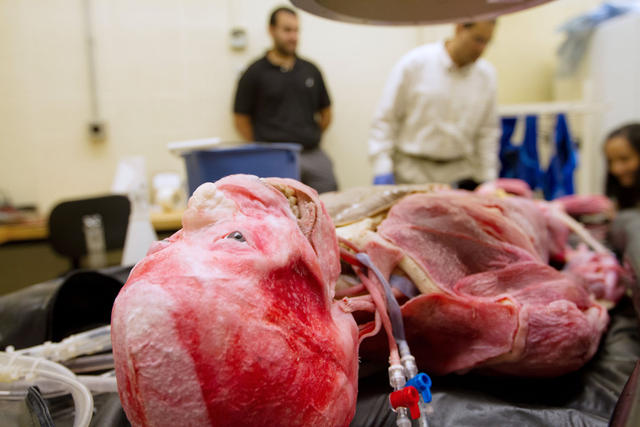 The University of Minnesota’s Medical Devices Center has filed 109 invention disclosures since it was established in spring 2008. Since then, researchers have outgrown their current 5,000-square-foot facility in Shepherd Laboratories.

The center received a $1.08 million grant at the end of July from the Minnesota Department of Employment and Economic Development to expand its facilities.

The construction of this center comes in the midst of a period of change within the medical device industry.

Congress passed the U.S. Food and Drug Administration Safety and Innovation Act in July, which will require companies to pay user fees for the FDA to test and approve their products.

Arthur Erdman, director of the MDC, said this bill will be good for the industry because it will make the approval process faster.

Another change comes from the Affordable Care Act, which will impose a 2.3 percent tax on the sale of medical devices in the U.S. after Dec. 31. Erdman said this bill is an “innovation killer” that would devastate the medical devices community in Minnesota.

“We are the mecca — no question — of medical devices, particularly in Minnesota,” he said. “We’re going to lose that if we don’t fix the system.”

Construction will begin this fall, converting part of the Mayo Parking Garage on the East Bank campus into 8,000 square feet of lab space.

The College of Science and Engineering will pay the other $1.12 million needed for the project, according to a news release.

Erdman said he’s ecstatic about the opportunity, which he said could not have happened without the grant.

“I never dreamed in my lifetime that we’d be able to not only build the current center but that we’d have an opportunity to start from scratch again and build a new one,” he said.

The MDC acquired additional space in Shepherd Laboratories as they showed they were growing and being successful, Erdman said.

The center’s Innovation Fellows Program, which began with the MDC, has grown from four fellows per year to eight fellows this past year. The program was the second of its kind in the country, and its goal is to bring together different expertise, from business to surgery and engineering, in order to invent new medical devices.

Because of the increase in the number of fellows, the MDC filed 52 invention disclosures in the past year alone.

The eight fellows currently share two small offices but said the new center will have enough room for all of them.

David Amor, an MDC senior innovation fellow, said he now calls a coffee shop his office. Amor said the new center will not only offer more space, but will also provide a better atmosphere for innovation.

The MDC currently has what the fellows refer to as “junk rooms,” which are full of materials — from Play-Doh to plastic — that they use to build prototypes.

When everyone is working on projects, it gets crowded, said senior innovation fellow Ashish Singal.

“Once we move to the new place, we’ll have much more space and much more area where we can be cleaner and more systematic,” Singal said.

The fellows have access to an X-ray machine, an ultrasound machine and a synthetic cadaver they call “Flow.” Another highlight of the current center is the SimPortal room, where the fellows can watch live surgeries take place in 3-D.

Senior innovation fellow Nicole Pardo said they also borrow labs from other divisions at the University to develop and test their prototypes.

She mentioned the lighter side of the center, like the time they played cricket in the hallway.

“If you don’t have fun, you can’t create,” Pardo said. 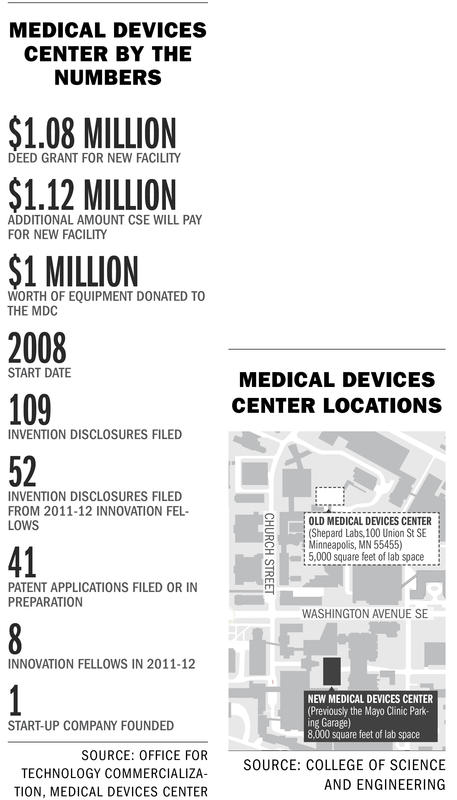 Erdman said they will need a flexible facility because students, companies, engineering societies and tour groups all use the MDC.

The new center will house the tools and technologies the current center has, as well as more advanced ones. Erdman said the MDC is working with Dan Keefe, director of the Interactive Visualization Lab, to develop a 3-D system to test prototypes virtually.

He said the location of the center will promote more medical collaboration because surgeons in the medical school and hospitals will be able to visit on breaks.

There is a chalkboard in the current center that acts as the “MDC Wish List.” Pardo said company representatives have donated items they’ve seen on the list. Since the center opened, these donations have totaled more than $1 million.

Erdman said being able to design a new facility is a dream come true.

“We’re trying to look in the crystal ball a little bit,” he said. “There’s nothing more fun than creating your own facility.”