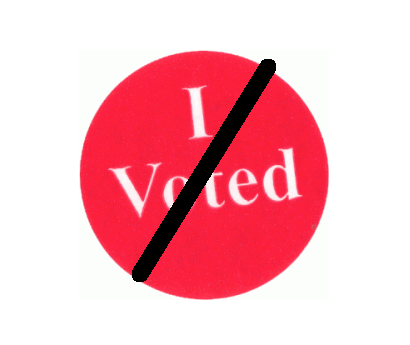 To the Many This Concerns,

I want to profusely apologize, on behalf of the nation of the United States of America if you were turned away from voting on or before November 6th, 2012.

While I celebrate my residential and home state, Minnesota, voting against the Voter ID amendment, I also recognize that repressive voter restriction laws stand strong in many other parts of the country. Unfortunately, requiring government- issued photo identification has been used as just one of many tactics to disenfranchise low income people, the elderly, and college students this election cycle.  In states like California, New Jersey, Pennsylvania, New York, Texas, and Arizona, citizens were confused and unsure if they could exercise their right to vote due to Voter ID amendments.  Of course, there are many things that can be complicated or confusing in life; but the right to vote should not be one of those things.

On Thursday, November 1st, I voted for the first time through the early-voting process in Florida (where I am studying this year as part of an exchange program).   As an immigrant and a young voter do you understand how powerful that was for me?  Flaws and all, I have always admired the American government.  Although there has been historical prejudice that still exists today in this country, I believe that there is no other nation like the United States of America. I believe that people can still make a difference in the United States of America. I believe that what we say can be heard if we say it loud enough in the U.S and our vote counts when we vote in the U.S.

I also strongly believe every citizen should have this right to vote. Every citizen should get to feel what I felt when I participated in the determination of the direction this nation was going. I felt privileged to vote to protect my rights.

I am sorry if you did not get to experience what I experienced. I am sorry if you felt like less of a citizen because you tried to speak and voter intimidation tactics were used to get you to shut up. I am sorry if someone even challenged your identity when you had a valid ID because of your class or skin color. I am sorry if you were told false information about polling locations and time to purposely keep you from casting your ballot. I am sorry if you waited in line, for hours and hours, just to exercise your basic democratic rights, even after the election results were being announced by local news stations.   I apologize for all of these elements of injustice; we as a nation are better than this.

Going forward, know that there are so many organizations and individuals fighting for your rights to prevent this from happening again. After all, democracy is about the participation of the people, the voice of the majority.   And we are all part of the majority.

Lulete Mola is a third year Political Science student at the University of Minnesota-Twin Cities. Her areas of interest are in Human Rights and American Government. This fall, she has been working as an intern with the  Voices For Voting Rights campaign through blogging and on Twitter with the hash tag #Voices4votingrights.