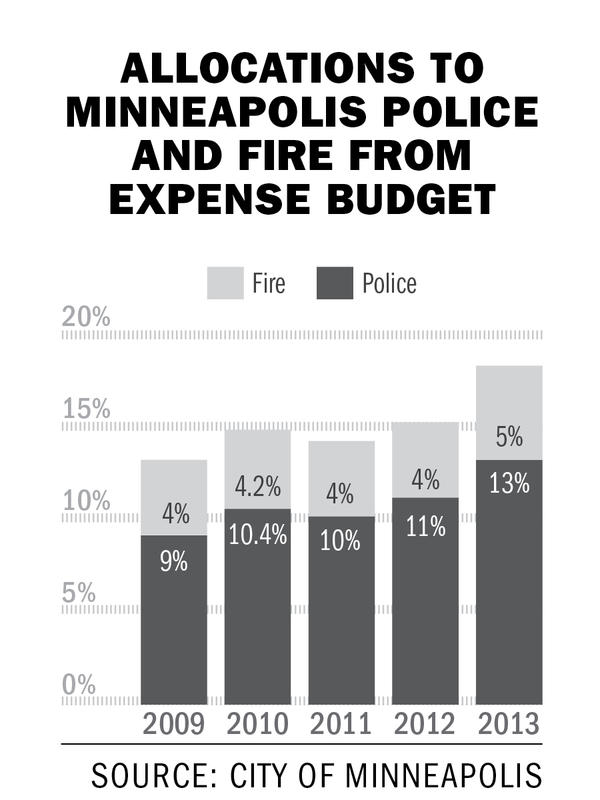 There will soon be more police officers and firefighters in Minneapolis if the City Council approves Mayor R.T. Rybak’s 2013 budget proposal in December.

The mayor pledged an additional $2.5 million to police and $1.1 million to fire in his budget announcement last month.

“We need to have a full-strength police force so that we have the resources to fight [crime] where it pops up,” Stiles said, adding the need to “invest in prevention” and look ahead for the force five or 10 years down the line.

As part of the $2.5 million going to the police department, an additional 10 officers would be put on the street by next summer.

“The idea is to start a new recruit class in the spring, and that usually takes about three months to get them through,” Stiles said.

More police officers is welcome news to the department, as more and more officers will be reaching retirement age in the upcoming years, said Sgt. Steve McCarty.

“A lot of these officers were hired in the mid-to-late ’80s, early ’90s. So within the next 10 years, our department will turn over tremendously,” McCarty said.

Stiles brought up similar concerns and said replenishing the work force in both aging departments is particularly important with public safety.

The fire department would invest in personnel with additional funds, but not everyone is overjoyed at the announcement, said Mark Lakosky, president of the Minneapolis firefighters’ union.

“It is a small drop in the bucket of the right number that we’re going to need to get this fire department back where it needs to be,” Lakosky said.

He said even with the announcement of a new class of firefighters, the department is almost 100 firefighters short of where they were when Rybak took over, and apart from the safety issues associated with understaffing, there are fiscal issues as well.

The National Fire Protection Association recommends that 90 percent of the time, at least 14 fire personnel are on the scene of a fire within nine minutes, 20 seconds. In 2010, 90 percent of MFD responses met that standard; it dipped to 79 percent in 2011.

“It’s not rocket science. What we do takes staffing. That is what it is. If you reduce the staffing, you lessen the success of what we do,” Lakosky said. “It’s that simple.”

Although Lakosky said there’s a long way to go to get the department where it needs to be, he agreed with the majority of people on one thing — Rybak’s proposal was a step in the right direction.