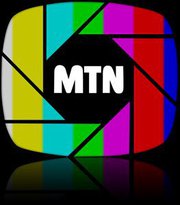 CORRECTIONS: After publication of this article, the City of Minneapolis Communications Director responded with clarifications and corrections of information about PEG and franchise fees. See second sidebar for this information.

The Minneapolis Television Network (MTN) is slated for deep cuts in Mayor Rybak’s proposed 2012 budget, despite the fact that Public, Education and Government (PEG) fees from Comcast will almost double. The mayor proposes cutting $250,000 from the program’s annual budget, leading to huge staffing and service cuts. Pam Colby, Executive Director of MTN, has concerns that the funding cut is, at least in part, retaliation for MTN allowing independent producers to broadcast content that some city officials find offensive.

MTN provides direct access to television broadcast equipment and cable television channels for a diverse community, offers training in the use of video, television and internet technologies and offers educational and mentoring opportunities for students in grades six through 12. Programming is also produced and geared toward a number of groups traditionally underrepresented in mainstream media including various ethnic groups, youth, seniors, the GLBT community and more, according to its website. Original programming at MTN includes numerous channels geared toward constituents communicating in their native languages, including Somali TV, Ethiopian TV, Oromia TV, Awade Ethiopia, Vietnamese Minnesotans TV, and Sahan TV-African Ethinic Magazine.

Free speech and its critics

MTN hasn’t been without its controversies. Part of its mandate is public access programming, meaning that it’s supposed to be a forum for the community to have a show and exercise their free speech.

MTN ended up in the Sixth District Court after a 2005 MTN program hosted by Al Flowers during which Booker Hodges called then-City Council member Don Samuels a “House Negro”, indicating it was time to “kill” such people, according to Minnpost. The show was suspended, but Flowers filed a lawsuit against Don Samuels and the City of Minneapolis and ended up winning $3.

“Basically, the verdict was that the city should not tamper with the free speech on MTN,” said Colby, who said there have been other speech issues over the years.

Then, this year, MTN aired the Tyson Show at 11 p.m. on Sunday nights. The participants were all young African Americans, and the producer included sexual talking and dancing together in different parts of the show. The Tyson Show involved “bumping and grinding,” according to Colby.

According to Colby, City Council member Barbara Johnson called her and said that the show needed to be taken off the air.

In an interview Johnson said she didn’t recall telling Colby the show needed to be taken off the air, but she certain was “disgusted that it was on the air.”

After the phone call, MTN staff reviewed the show, and concluded that it did not in fact break the obscenity law. “We are basically mandated at a federal level,” she said. “If a city council chooses to have these public access channels they need to protect the First Amendment on them.”

Colby responded to Johnson that there was nothing MTN could do about the show. Then, Colby received another phone call from Johnson. “She called me at home at 8 a.m. in the morning,” Colby said. “She was verbally harassing me about the show and what I was going to do about it. I was so startled to have somebody talk to me that early. I was just tongue-tied.” According to Colby, Johnson said that MTN was facilitating prostitution and that she was going to call the cops. Colby told Johnson to go right ahead — the council member had done so before.

Dunlap told TC Daily Planet that there was nothing illegal in the video, although, according to Johnson, Dunlap agreed with her that the show was in very poor taste and “bordered on the obscene.”

Johnson felt the show, like another that she complained about two years ago, promoted a particular business, with the producer saying to the audience to call him if they wanted to be on TV.

On August 2, Colby said, Johnson left a voicemail for Colby, asking what in the MTN charter makes them play mildly obscene programming, and making sure that she gets “this crap off the channel,” according to Colby.

Johnson, in an interview with TC Daily Planet, said her objection to the show had nothing to do with Rybak’s slashing of MTN’s budget. “As a city taxpayer and a cable viewer, I can express my opinion about a show that I found disgusting on our TV station.” Though she thinks the show was not the kind of programming she thinks should be on a publicly owned television station, Johnson said she would never retaliate against a city department. “I’m not stupid,” she said.

John Stiles, Communications Director for Mayor R.T. Rybak, emailed a statement in response to questions about why MTN was being cut, and whether it was in retaliation for specific programming.

“In tough times — when too many people are still unemployed and property values are struggling to recover, when the state and federal governments are dramatically scaling back their commitment to local communities and when residents are rightfully concerned about high property taxes — everyone needs to cut back, including the City of Minneapolis. This is why Mayor Rybak’s 2012 budget proposal holds property taxes flat and makes difficult cuts to nearly every City department and program.”

CORRECTIONS: See sidebar for corrections on the numbers in PEG and franchise fees, and for the city’s explanation of both.

MTN funding from Minneapolis comes in part from the Public, Education and Government (PEG) fees paid to the city by Comcast cable. Last year, MTN received $702,000 from the city, though the city received over $2 million from Comcast in PEG fees and franchise fees, according to Colby. Comcast has about 74,000 subscribers, according to Colby, a number that has remained more or less constant throughout the recession. The mayor proposes to cut MTN’s budget by $250,000 in 2012.

According to Colby, the Comcast PEG fees are slated to double on December 31, 2012. [According to the city, the PEG fees will increase from 56 cents to one dollar on January 1, 2012.] Unlike St. Paul’s public access station, SPNN, which receives PEG fees more directly in the form of a grant, the Minneapolis franchise fees go to the city’s general fund, with only a portion going to MTN, according to Colby. SPNN receives $840,000 in grant money from St. Paul, according to Mike Wassenaar, Executive Director from SPNN.*

City Councilmember Gary Schiff, said he’s not sure what the mayor was thinking in cutting MTN’s funding a year before the Comcast fees double. “MTN is responsible for bringing in all this new revenue,” he said. “If MTN is bringing in revenue as a result of the Comcast contract, they should be receiving benefit of that revenue.” Schiff said he’s concerned about what this potential funding gap could do to MTN’s programming, much of which benefits immigrant and refugee communities. Schiff said MTN is “absolutely worth protecting… We should focus on that gap so we don’t interrupt the quality programming that they’ve won awards for.”

Council Member Cam Gordon, too said he was concerned about the cut in funding to MTN. “One place I think we need to look first is within the [City of Minneapolis] communications department budget itself and perhaps spreading the cut more evenly,” he said in an email.

The budget challenges that MTN is facing in Minneapolis are part of a national trend. “We are fighting this battle at a national level,” Colby said. “From the Republican side, they are taking away the franchise fees to the cities, and redistributing it to the state,” she said.

Sylvia Strobel, Executive Director for Alliance for Community Media (ACM), said: “What we are seeing happen is devastating.” According to Strobel, a number of public access TV stations are seeing funding being yanked out from under them even though they are some of the “few sources of local news and information that still exist.”

Budgets for community television stations tend to be very small, according to Strobel, even though they produce “a phenomenal amount of programming.” Strobel said that Minneapolis model, where cable franchise fees go directly to the city, is more common than the franchise fees going directly to the nonprofit that runs the TV station. When the fees go to the city, Strobel said, “ It’s being absorbed and used for other purposes.” Meanwhile, cable subscriptions are declining, but that doesn’t have as much of an impact as reallocation of funds elsewhere.

This legislative session, ACM will be lobbying for the Community Access Preservation (CAP) Act, which is in the house and has bipartisan support. The act addresses the use of funds from these franchise fees earmarked for equipment, as opposed to operating costs, and to eliminate discriminatory treatment for cable access channels. They’ll be visiting Capital Hill on October 12.

MTN’S budget hearing is scheduled before the Ways and Means Committee, on October 5 at 11:30 AM in the Council Chambers room 317 of City Hall. The hearing is open to the public.

*Corrections, 5 p.m. on 9/28:
(1) Description of St. Paul franchise/PEG fee arrangement updated after speaking with Mike Wassanaar from SPNN.
(2) One quotation regarding obscenity and funding deleted.