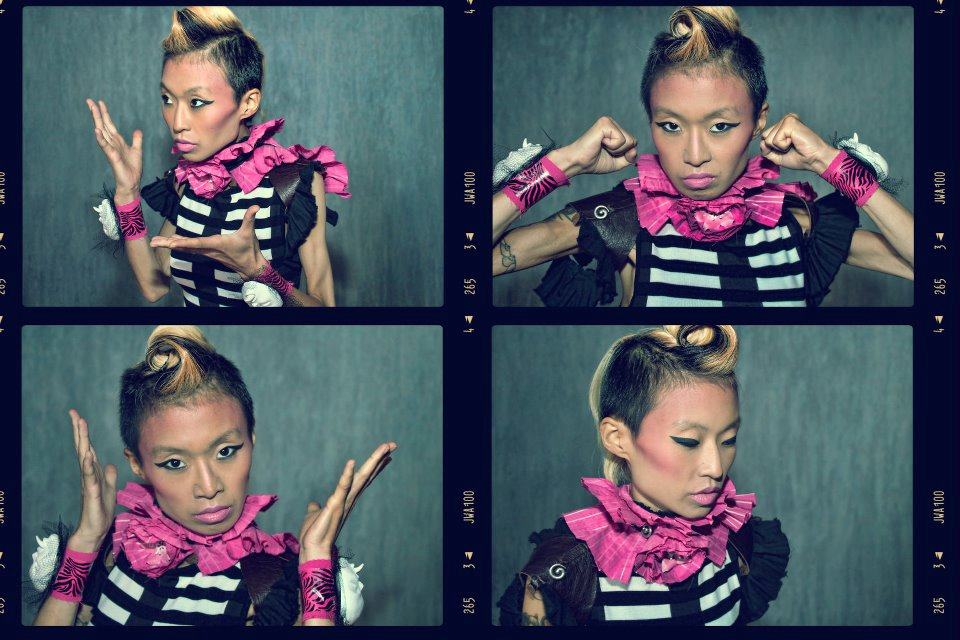 Mayda has a brand new bag. The diminutive dynamo, known far and wide as a funk-rock monster, on the bill at “A Tribe Called Queer: Can We Kick It?” (Patrick’s Cabaret) last month, branched out into spoken word, doing a damned good, dry-witted job of it, waxing humorously about childhood. And Mayda was aces on an acoustic guitar, singing a bit Laura Nyro-style sophisticato to a let stride for “All I Have” and getting bluesy with “Little Ginkgo”.

If you happen not to know the name (don’t feel bad, no one’s perfect), Mayda is a bonafide funk=rock powerhouse as witnessed by her discography: “Stereotype,” “The Interrogation,” “Eyes On The Water,” “Busy Signals” and “Busy Signals Part 2.” And as gigged at such premier venues as New Century Theater, First Avenue, The Cabooze and, come July 10 – 11, the Guthrie for “DeMayda’d,” stretching her wings for a theatrical debut. It’s an orginal one-woman show, revisiting growing up as a Korean adoptee in Minnesota. It’s about identity, reflecting on self. If her set for “A Tribe Called Queer: Can We Kick it?” is any indication, “DeMayda’d” is good-heartedly wise-ass fun, occasionally at her own expense, completely candid.

“I have always been interested in performance,” she said in a email. “Even tried out for parts in high school. Unfortunately I never got parts and there are not many roles for short Asian girls. Instead of waiting around for opportunities and searching for particular roles, I decided to create my own piece. I am naturally driven to be one who shares personal experiences verses teaching or preaching. Theater seemed to be a fun challenge that made sense to my own aesthetics involving serious topics.”

One might wonder what, just because she made her bones performing bellied music, qualifies someone to write for the stage. You, by the same token, would do well to check out on YouTube, the script to “Nightingale” for which she wrote the treatment. It plays like the mini-drama of a woman gone mad. A kick-ass mini-drama every bit as powerful as the music.

“DeMayda’d” certainly comes with legitimacy stamped all over it, produced by Guthrie Theater and Mu Theater, the house that premier director Rick Shiomi built. And it runs in the prestigious Dowling Studio. It’s a good bet this is going to be a night out the audience will enjoy and remember for some time to come.