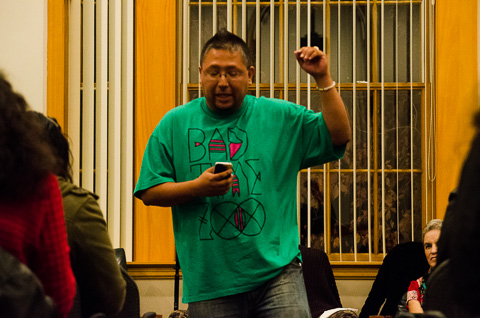 On June 15, 2012 the Department of Homeland Security announced Deferred Action for Childhood Arrival (DACA). Now, individuals who immigrated to the United States as children and who meet certain eligibility requirements can defer deportation for two years. The deferment is subject to renewal, and eligible applicants can also apply for work authorization.

Editor’s note: Anna Hoeschen attended the Mascaras y Milagros Cultural Conversations and submitted two posts: an objective news report and an essay including her personal perspective. She asked which I’d prefer to publish, and I suggested that in the interest of opening a discussion about personal perspective in citizen journalism, we publish both. This blog post features the writer’s personal perspective; click here to read the conventional news report. Please share your own perspective in the comment section, below, or by submitting a response post to jay@tcdailyplanet.net. – Jay Gabler, arts editor

I think DACA is a penny in the pot; I can’t undermine the faint clang of hope that sounds when it falls in the policy piggy bank. Yes, it’s a step in the right direction, but it’s not inclusive or all-encompassing enough to be truly rich. The young people who qualify for DACA, for example, will not be eligible for federal health insurance coverage. Moreover, I can’t help but think of individuals who have limited access to resources or who miss out on eligibility by a narrow margin. The system has flaws, so how are we going to fix it?

Luckily, I gleaned insights on this topic and more from two cultural conversations I attended as part of the Ordway Center for the Performing Arts’ two-week festival Mascaras y Milagros: Mexican Arts in Minnesota. During the festival, the Ordway sponsored a series of art and cultural events that celebrated Mexican art and culture in Minnesota. The “Cultural Conversations” gave community leaders, activists and artists a platform to discuss relevant topics for Mexicans and Latinos.

The first talk I attended, “Removing the Mask: Immigration Redefined,” highlighted the misconceptions surrounding Mexican/Latino immigration in the United States. General Consul Ana Luisa Fajer of the Mexican Consulate prefaced her remarks with a quote by Mexican writer Carlos Fuentes: “Recognize yourself in he and she who are not like you and me.”

She went on to describe the sometimes strenuous relationship between immigrants and local-area residents as “a tale of two cities.” Some Americans may perceive immigrants as breaking the rules and not living in accordance with the law. Mexican immigrants, however, recognize the value of their labor. Collectively, they make significant contributions to the nation’s prosperity and enhance its economic vitality. The notion that immigrants are a burden for the state, Fajer argued, is unfounded, given the value of their contributions.

Both Fajer and Jimmy C. Patiño, Jr., assistant professor in the Department of Chicano Studies at the University of Minnesota, discussed potential solutions for alleviating the broken system. The first step, the speakers argued, would be to do the homework. It starts with engaging in more objective discourse. From there, reform might take shape in the form of lower application fees, moderated education and access to resources, as well as a renewed perspective on issues of race, politics and discrimination. 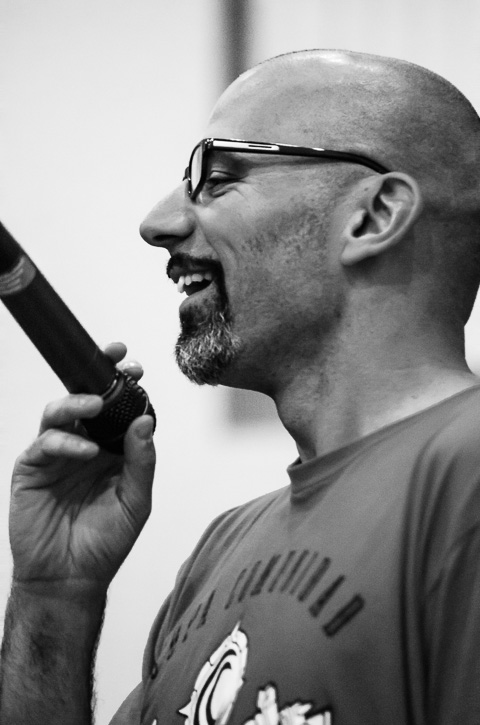 The talk I attended the following night, “Honoring Our Identities,” complemented the scholarly discussion on immigration. The conversation, facilitated by spoken word artist, Lupe Castillo, illuminated the personal experiences of Mexicans and Latinos in the U.S. Las Palabristas are a Twin-Cities based group of spoken word artists. Each shared a few pieces, subsequently revealing that Mexicans and Latinos or however they choose to be identified, can’t be pigeonholed. One was a father, one a grandmother, one a political activist. They drew verbal pictures of what it meant to be an immigrant, to be mixed race, to not know Spanish.

The artists vocalized their frustration and hurt: “You gave us names, because you could not say ours”; “When I am hungry my stomach hurts, and I throw up gang signs.” Some used words to make sense of their experiences; others thought of their writing as a tool for social change. The most important thing, they agreed, was to validate everyone’s personal journey. By sharing their stories, they hope to inspire and empower others.

One personal journey that struck me was that of a young documented immigrant at the conversation I had attended the previous night. He put a personal spin on a broadly-defined problem. “We all live in the grey,” he said, “Immigration is not a black and white issue.” After years of applying for permanent residence, he’s still being funneled through the system.

Young people, like the speaker, have limited opportunities and resources to help them reach their full potential. As non- residents, many youth cannot apply for federal student aid, which bars them from loans and grants that would enable them to go to school. The young speaker at the talk explained that there are intermittent periods when he can’t go to school, because he can’t afford it.

As we prepare for Election Day, perhaps we’re more mindful of issues like immigration. Those of us that are citizens and lucky enough to vote will be able to cast a ballot for the individual we think is best suited for the job. Many people who will be subject to the subsequent legislation won’t have a say. Perhaps, politics isn’t where it ends.

As Patiño explained, we should think of sustainable solutions for the immigration system, it shouldn’t be narrowly defined by the polarizing sides of politics, where you have limited options to either “self-deport” or “deport the ‘gang-bangers.’”

Maybe, instead, we can put our own pennies in the pot. We can educate ourselves. We can change our attitudes. We can redefine what it means to “deserve” to live and work here.

I can look at the loan payment(s!) due each month and put a smile on. I can slip my check in the mailbox, and I can go to work.

Photos: October 19 Cultural Conversation. Photos by Ryan Cutler. Coverage of issues and events affecting Central Corridor communities is funded in part by a grant from the Central Corridor Funders Collaborative.