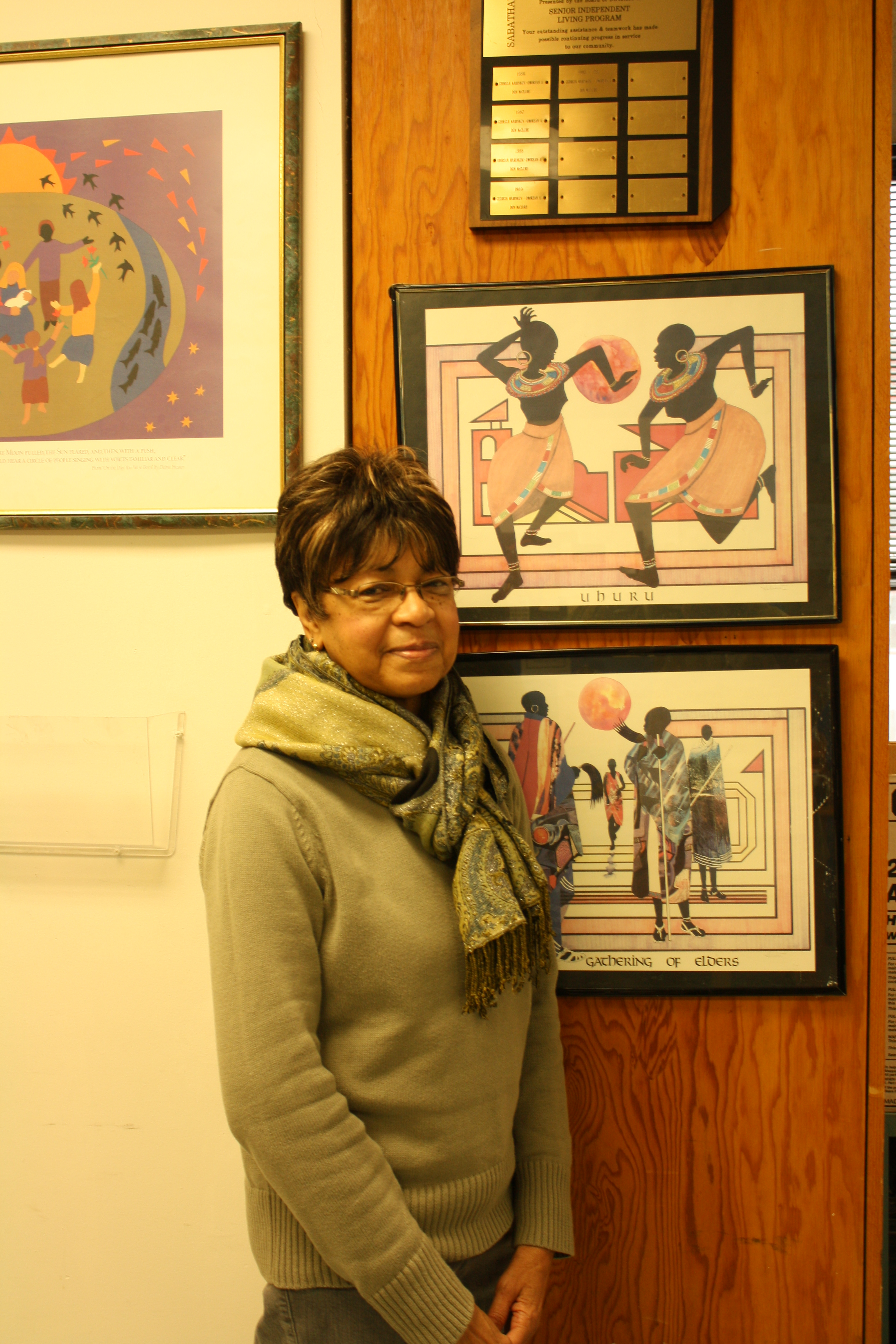 A visibly surprised Mary Pat Washington welcomes me to the coffee area of the Senior Independent Living Center at Sabathani Community Center in South Minneapolis. She is expecting to be interviewed by the Minnesota Spokesman-Recorder for a Black History Month profile — but by Editor-in-Chief Vickie-Evans Nash. Instead it’s just me, a mere writer.

If nothing else gives away the fact that I’m not Nash, the full grey beard certainly does. “No”, I inform her, “I’m not Vickie.” Recovering herself with a warm smile, she laughs, responding, “No, you’re not. I can see that.”

Joining in on the moment is the receptionist and fellow member of the Senior Center, Marcileen Martin, whom I interviewed yesterday. It’s a fine way to break the ice; then Mary and I sit at a table to reflect on a few aspects of her life in the Twin Cities.

She’s retired from Seagate Technology, a leading manufacturer of hard drives and storage solutions, where she helped assemble computers for 33 years. Her responsibility was installing such things as disc drives and floppy drives. She enjoyed the work, but, as nothing advances more swiftly than the computer industry’s relentless practice of planned obsolescence, once the tiny, conveniently portable USB appeared, the comparatively cumbersome floppy drive was on its way out.

“It was good at the time,” she says in a bright tone. “But, as the technology grew, it changed.” Increasingly, it required a stronger knowledge of computers to, in fact, work on assembling computers. “[The workers] at my age started not learning as fast as you normally would. And I worked with a microscope, and leaning over so much, I was beginning to have problems with [my] neck.

“And putting together teeny little wires…” After awhile, enough was just enough. “That’s right”, she says with a laugh.

Mary left Seagate Technology in 1999 and found herself with a need to fill the time on her hands, so “[I’ve been] going back and forth to the Center. Doing volunteer work.” At the Senior Center she is president of the U-Meet-Us Senior Organization. It’s a social club that convenes regularly and has included activities like field trips to gambling casinos, simply having a picnic, playing bridge or attending the theatre, just ways to make new acquaintances and do fun things with the friends you already have.

“I got hooked into it by [former president] Marion Snargrass.” Mary became president and has remained so since she joined, “because”, she jokingly adds, “they can’t find another.” Along with being president, she says, “I also do different stuff for people around here.” Sort of, as the old expression has it, chief cook and bottle washer.

Mary Pat Washington originally hails from a small town in Missouri just outside of St. Louis, moved to California when she married a man in the military (she’s single now and doesn’t much play the dating game) before moving to the Twin Cities 55 years ago at the age of 22. “As a kid, I’d been coming up in the summer to visit family and friends.

“I really didn’t know about the winters until I [relocated].” She sums that experience up with a smile: “It was too late, then. I was already here.”

She’s seen changes here for Black folk over time. “It’s changed quite a bit. Not as much as I would like to see it change, but, it has changed. Different ways of life. Getting more open to Black people. The schools are getting better for kids. I think it’ll eventually get better to where we don’t have to strive or stress so hard to get someplace.”

She’d like to see youngsters fight less. “I think it’s a copycat thing. What they’ve seen. The families, I’d hope they would get away from teaching their kids that.”

I mention gangs, asking what difference she feels that has made. “Oh, my goodness,” she readily responds. “A big difference, really big difference. Because, when I came here, I didn’t know what gangs were.

It’s coming out more each year, and it’s getting worse instead of better. You just don’t know which way go or turn or what to do to stop it. You pray that it will come to an end. You would think, like when this young kid just got sentenced to 28 years, that would make the next one change his mind and say, ‘I don’t want to do that.'”

Mary is referring to 17-year-old Stephon Shannon being sentenced in Hennepin County District Court February 5 for second-degree intentional murder for the benefit of a gang. “But, it’s something they [stay] in,” she laments.

She’s concerned about the state of today’s families. “It’s babies having babies. And [the fact that] your mother and your father wants to be your friend rather than your mentor.”

If we held on to traditional family roles would do better for future? “I do believe that,” Mary says. “If we start parenting like we used to, and teaching our kids what’s right and what’s wrong, it would be a lot better. But, it’s going to take a lot of work to get that back.”

Mary has seen public figures who represent social progress — for instance, Minneapolis Mayor Sharon Sayles Belton and President Obama — and she remembers a time when the best we had to point to was Congressman Adam Clayton Powell. How does she feel about having considerably more Black images in the public light?

“I think it’s great. When Sharon got to be the mayor, I thought that was really a big thing. So, now, it’s great to see more of us.”

Naturally, she has Obama’s back. “He’s doing a great job. Because when he took it over, he didn’t walk into a perfect place. When he started, he already h