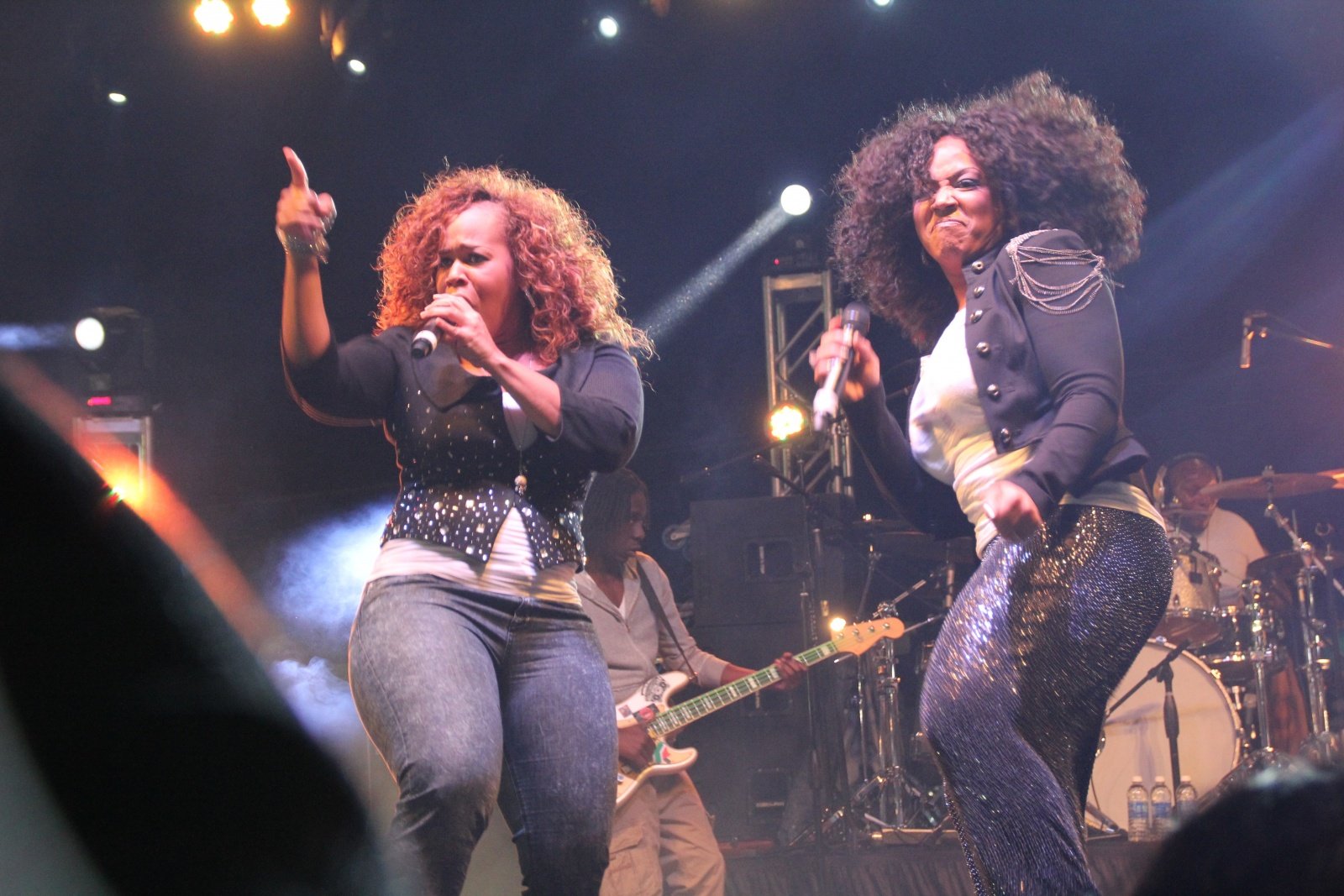 Gospel music will never be the same, not since Mary Mary got their hands on it.

There’s always been a distinct difference between how—and it is not racist to point this out, simply a statement of clearly observable fact—white and black folk do church music, reverential celebration of and tribute to God. It’s a cultural thing. Whites, even at their most upbeat, are comparatively sedate, whether the quiet of, say, “Amazing Grace” as rendered in John Sayles’s film Matewan or the jubilant soundtrack to The Rainmaker, that ancient classic starring Burt Lancaster. Blacks, plain and simple, put feeling in it. Fire. Subtly smoldering or wildly ablaze, there’s no two ways about it, you can tell when passing a church, who’s inside, honoring heartfelt praise in their own custom.

That said, there’s a reason Aretha Franklin caught flack when she burst on the music scene, belting out “Respect.” That style, ultimately embraced as soul, was denounced as heathen, devil music, because it directly drew on an aesthetic that originated in Sunday service and didn’t belong on the radio for, somebody’s finger-poppin’, hip-shakin’ foolishness. Sacreligous irony being that her daddy was renowned Baptist preacher C. L. Franklin. This was about a seperation of, if you will, church and the secular state.

Undaunted, Aretha kept on keepin’ on, all the way to the bank. The airwaves grew rich in R&B artists following suit, including the immortal Otis Redding, who wrote “Respect.” Fast forward to 2000, when siblings Erica and Tina Atkins-Campbell flipped the script, turning an entire concept on its ear. Rather than draw on gospel to fuel a genre devoted to sinful pleasure, homegirls outdid the devil, enlisting R&B, funk, jazz, even neo-soul, attracting an international audience to revel in lyrics that lift up messages of spirituality.

It has worked like a chain gang on overdrive. Go consult their history-topping Billboard’s charts, winnng all kinds of awards and having a self-titled TV series on WE. Or you could’ve witnessed their rapturously received performance August 15th at the Orpheum Theatre in downtown Minneapolis. Talk about raising a joyful noise unto the Lord, workers might still be placing the roof.

The crowd, ready and waiting to let loose, flat out lost it the instant Mary Mary (they’re named, by the by, after Jesus’s mother and Mary Magdalene) walked out of the wings, stepping lively to a pumpin’ band, smiling, waving. They seemed as glad to see the audience as the yelling, hollering and screaming, clapping, dancing audience was to see them. Through the evening, revelers, waving upraised palms, were on their feet more than they were in their seats.

Before the cataract could subside, Mary and Mary hit a stride, each establishing persona, both killing on strong, smooth vocals. And picture-pretty, thicker than curved bricks, looked good as new money. In a word, it was on.

Heading full tilt into “Get Up” set the tone and general, hard-charging, tempo for the show. Most of the selections brought Jacksons era Motown to mind, with underpinnings at one point of, all things, Sly & The Family Stone.  Roughly midway, Mary Mary, took it, traditionally speaking, to church, right where Areatha got hers, wholly holding forth with that old-school gospel. Full throated, raw-edged wailing, eardrum-splitting high notes, testifying and the whole nine.

There were moments when it was as much as come-to-the-Holy Ghost revival as a concert. At all times it was an amazing affair.

They closed as they opened, making sure steadfast admirers knew the appreciation was mutual. Where big-timers routinely have a fit in purple paint if fans take photos, Mary Mary allowed picture taking, even video recording. And, last thing before leaving, posed.  First left-stage, then center-stage and right. Then sashayed off.

There are, to be certain, singularly impressive performances. Beyond that, catching Mary Mary live is one hell of a heavenly experience.