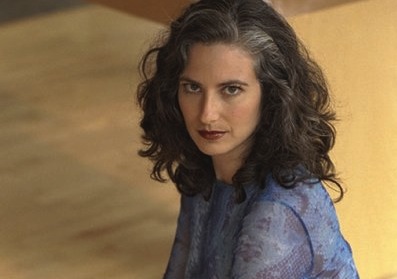 Jazz pianist Mary Louise Knutson makes gorgeous music. And has a pair of beautifully entertaining albums—as well as an enviable track record—to show as evidence. The second release, In the Bubble, sat quite comfortably on the top 50 at JazzWeek for more than four months straight. It’s characteristic of her craft, a sweet shot of laid-back sophisticaton, brightly animated, refreshingly inventive.

Her debut, Call Me When You Get There, which spent two months on JazzWeek’s top 50, is, as the expression goes, the same thing only different. A little. Along with her penchant for veritably painting aural images, she tosses in a hint of gospel on “Call Me When You Get There” and for cuts like “How Will I Know”—which subtly builds, like a spring shower taking its time getting started—and “Meridian,” a fairly strutting foray into virtuosity, gets surprisingly forceful.

One might expect an artist this accomplished to be singularly self-impressed. To the contrary, she’s quite unassuming and most agreeable. Mary Louise Knutson sat at Pow Wow Grounds in South Minneapolis, fresh off the road from a stint with Doc Severinsen, for an informal chat. Articulate, easy on the eyes as her music on the ears with an almost hypnotic gaze (sorry, fellas, her beau is trombonist-producer Michael Nelson of Prince’s famed Hornheads), she is an enjoyable conversationalist.

You’re classically trained. Why are you playing jazz?

I just loved it from the first time I heard it. I grew up only hearing classical, because that’s what I was being fed as a young piano student. I didn’t hear jazz until I went to the Eastman School of Music to study classical piano in probably my sophomore year of high school. There were students at Eastman who were studying jazz, and we were all staying in the same dorm. Classical kids and young jazz kids. Hanging out with the jazz kids [was] much more fun. Then, hearing their music, I was, like, you know, what is this? I want to do this. I got inspired there and when I came back to my high school for the next school year: “We have a jazz band? Can I be in that?” I didn’t know how to play at that level. Usually, everything’s written out on a chart for you. I didn’t know how to improvise, but I sure tried. I was completely inspired by it. Then I realized, years later, that I had been hearing jazz on that children’s show, Mr. Rogers’ Neighborhood. The theme song was being played by a jazz trio. My mom actually had some Errol Garner records, and Nat King Cole. I went on to college and tried to be involved in the jazz ensemble even though I was studying classical. I still wasn’t thinking this was an option for what I would do for the rest of life. It was just fun. As things went on, I was, like, I could actually do this. Instead of being a classical pianist, I could be a jazz pianist. At the end of college I knew, that’s what I’m going to do.

So many performers do paint-by-number jazz and really sound interchangeable. You have a fresh style and the authority to make it your own music.  Most importantly, you’re less interested in showing technique than you are in expressing feeling.

Well, the classical training obviously was about learning technique. I had to break a lot of rules playing jazz. But it made me aware, you know, of the palette of emotions that a person could have. I’m still trying to broaden that. It’s so important. Ahmad Jamal was really good and he’s still alive. He’s really great at using emotion. Not too many jazz musicians will, I should say, draw on dynamics, a really fantastic tool. To just have a palette [to] express yourself. There are so many hues, so many colors we can get to.

You do create images, music listeners practically can see in their minds.

Over the years, it’s a little scary to kind of say what you want to say rather than sound like everybody else. I mean, especially when you’re trying to make a living. You don’t want to have to sound like everyone so you can fit in. You’re grateful when people hear and appreciate what you’re doing. It helps me to keep moving in that direction and be okay with it.

On both Call Me When You Get There and In the Bubble you use three, four drummers. Why?

I have such specific tastes for the originals and for the standards; how they should sound. My [approach to arranging] is so eclectic it’s hard to find one drummer who can play all the styles. Phil Hey is incredible for classic, mainstream jazz. He’s really got that thing down. Let’s see, Gregg Schutte plays sort of a funkier style to cover that bag. And there is, for instance on the song, “Sea of Qi,” I went with Craig Hara. That one was more of an ECM style, like Pat Metheny. He was the only guy in town I could find who can play that. He’s sort of my ringer. I tried about six drummers to get that style. When I’m playing a gig, I can certainly use one drummer for the gig.

You only used one bass player.

Yep. That’s because Gordy [Gordon Johnson] can play everything. He’s kind of a freak that way.

In the studio, you do the producing and arranging, and you’re the artist.

Do you ever have trouble getting the right distance from the material?

All the time. It drives me crazy. That’s one of the hardest things. I’m incredibly nit-picky.

Well, I guess that’s how you get it right.

I sure hope so.