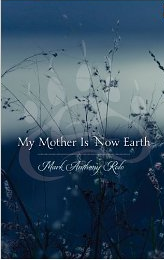 Mark Anthony Rolo’s memoir, which reads like a novel, tells of the struggle of his mother’s final three years. Until I got to the end, and his “Afterword,” I thought this was a novel, with a carefully-drawn central character telling the story from a convincingly child’s-eye perspective.

The story is set in the northern town of Big Falls, Minnesota, which describes itself as “a small, friendly community nestled in the Northern Minnesota wilderness, alongside the scenic Bigfork River.” With a population of 233 in 2009, and a median household income $25,000 below Minnesota’s median, Big Falls is not a thriving community now, nor was it during Rolo’s growing-up years. The book begins with the family’s move to Big Falls from Milwaukee in 1971. His family was poor, and so were their neighbors, and their poverty was not the least bit romantic or picturesque.

Rolo’s mother is Chippewa, but she “does not say much about Bad River—the swamps, mosquitoes, the cold Lake Superior, and how easy it was to get lost in the woods.” She talks more about her sisters in Milwaukee, and there’s a sharp contrast between their laughter and companionship and the isolation of the family, and especially of his mother, in Big Falls. (Like his mother, Rolo is a member of the Bad River Band of Lake Superior Ojibwe.)

Sitting at the kitchen table, she writes long letters to her sisters, throwing away drafts and rewriting better versions. Rolo reads some of those drafts, saved by his father over the years, when he came home from college years later. Eventually, even these are lost.

As he reconstructs the last three years of his mother’s life, which sound also like the last three years of his childhood, he understands “how she must have fought to stay strong, to endure for the sake of her children.” He describes his mother as “elusive,” and part of that must come from her oppression and her depression, and the isolation of a mother with seven children and a husband who suffers with disability, drink and poverty.

His white father’s drinking is a constant factor in the family equation, occasionally exploding into violence, but always subtracting from the already-insufficient funds. Rolo explains his father, who quit school in eighth to support the family when his own father had a heart attack.

Even though my father had to take over the farm, he had his mother never talked much. His youngest brother and sister died of scarlet fever. His mother hated him for that, said he carried the disease home from school.

As a writer, I find Rolo’s decisions about telling the family story particularly compelling. “Somewhere between shame and pride, my siblings have guarded their own share of our history,” he explains, and he has changed most names in the book. Even reconstructing the past is difficult:

I endeavored to write only about real people and actual events that happened from 1971 to 1973. But of course, many memories, especially those of a boy’s, slowly fade or come to an abrupt ending. I needed to reimagine dialogue based on situation and character, to rewrite those letters I knew so well. In order to fill in the lost pages of those three years, I had to finish scenes, staying true to my memories of the time.

Those memories seem sharp and clear, from the scrappy dog named Whisky to the “button-down, short-sleeved rummage sale shirts I would wear at home but never at school.”

Whether the memoir is read as a struggle of women, or Indians, or families in poverty, it’s a moving story with a human complexity that includes and transcends categories.