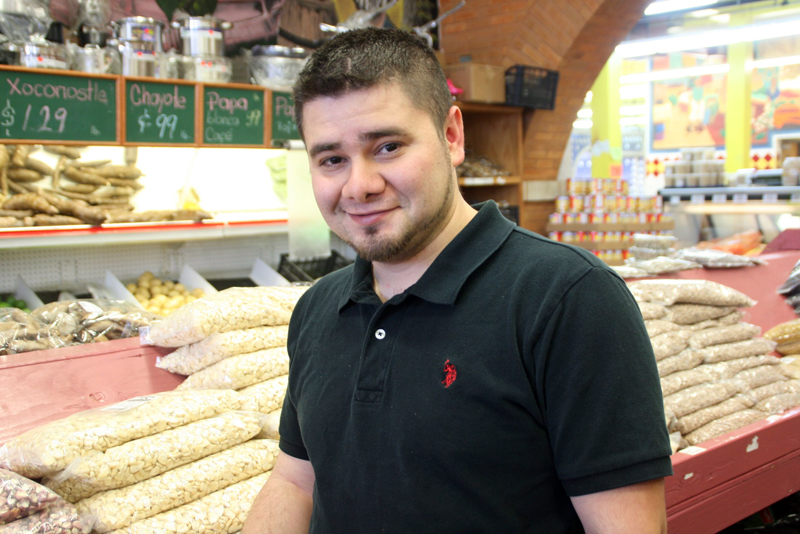 David Perez arrived from Mexico when he was two years old and, like many in his family, he’s been working off and on in the family businesses for years—first as a dishwasher and then as a cook at one of the family restaurants. He’s now the man in charge at Marissa’s Supermercado and Panaderia.

Marissa’s began as a bakery on a corner near the south end of Eat Street in Whittier, years before Eat Street was cool. Even then, the place was bringing in customers from all over the city. Now expanded, it’s a full-service mostly Mexican grocery, meat market and deli, with a few foods from elsewhere in Latin America. Regular customers, says Perez, include immigrants from El Salvador, Cuba, Puerto Rico, Guatemala, even some from China, as well as American-born fans of Mexican food.

But, along with the familiar are some unusual products, offering a chance for culinary risk-takers to have some food adventures. 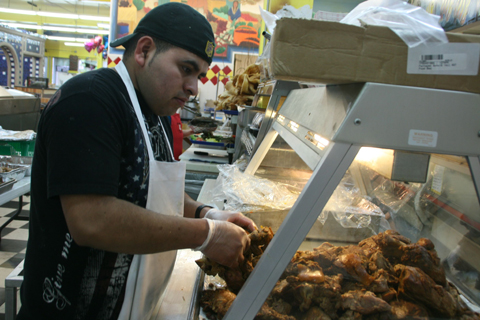 The produce section includes some easily recognizable fruits and vegetables from chayote squashes, potatoes and a variety of fresh chili peppers. But, even Perez couldn’t translate huauzontle or verdolaga for me. It turns our that the former is the herb lambs’ quarters and the latter, purslane, known to most Americans as weeds. They’re really tasty greens and they’re filled with nutrition. 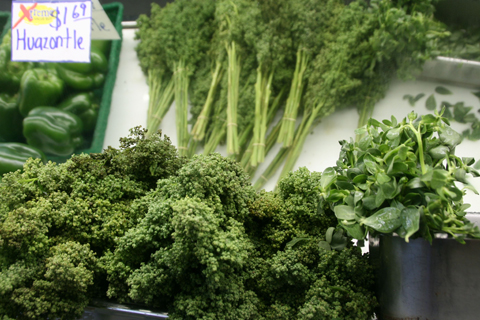 The store also carries fresh garbanzo beans, something I’d never seen for sale. The beans have a taste and texture similar to edamame, and you can shell them, then microwave, blanch or broil them and toss with a little olive oil and salt. If you find shelling them a hassle, leave them in the shell and steam or char them in olive oil and shell while eating. They’re seasonal, Perez said, so get them while you can.

The find of the day were three brands of canned huitlacoche, also known as corn smut or Mexican truffles. It’s one of those foods that the timid won’t consider but a few years ago, in places like California, expensive restaurants were charging big bucks for it. I’d never seen it for sale in Minnesota. 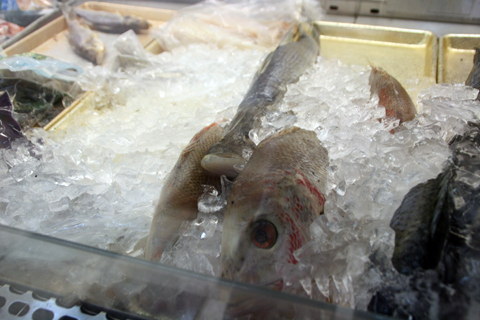 At the end of the store, in the Latin American food freezer, along with frozen yucca and filled Salvadorian pupusas, you can find large bags of choclo desgranado—a kind of shelled giant corn, with kernels nearly an inch long. Popular in Peru and Colombia, it’s used in recipes or boiled, microwaved, fried or roasted and eaten as a snack. Even Perez wasn’t sure how to fix this. “It’s South American and not a lot of Mexicans eat it,” he said. 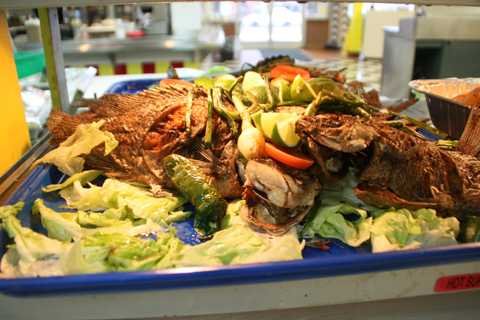 “You should come here on the weekends,” said Perez. “Weekends get crazy. We have fresh cooked carnitas, fried tilapia, quesadilla de sesos and three kinds of homemade hot sauces.” I took him up on his invitation and arrived on a Saturday afternoon. Customers were lined up at the take-out, waiting their turn. I tried the roast pork (simple but delicious) and took home a beautiful Mexican style roast chicken to eat in tacos that evening. 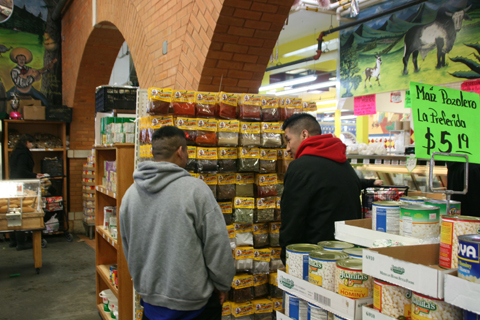 Then, Perez pointed out the basket of sealed styrofoam cups containing something called “The Original Don Chelada Michelada Mix, Beer Booster and Hangover Helper.” Perez seemed astonished that I’ve never hear of this. “Haven’t you ever gone to a restaurant and ordered a michelada?” he asked me. Also called red beer, it’s a popular beer cocktail in parts of the American Southwest and Mexico.

I didn’t try it—I never drink and write—but a friend reported that it was citrusy and earthy, but not spicy, sort of like a taco seasoned beer. “It gives the beer a richer flavor,” he said. “It might make a cheap beer, like Miller, more appealing.” In fact, Miller makes a beer, Miller Chill, that’s especially brewed for making this concoction. The beer, you’ll have to buy elsewhere.

Marissa’s Supermarket and Bakery is located at 2750 Nicollet Avenue on Eat Street in Minneapolis. Everyone is friendly and ready to help. Check out the great murals, too.