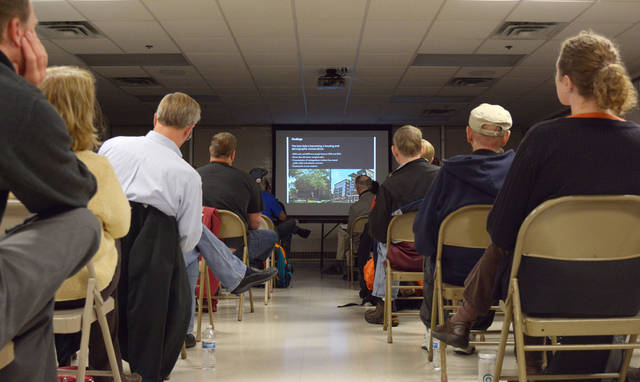 With the Marcy-Holmes neighborhood experiencing rapid change, residents made their final comments on the area’s master plan this week.

About 60 residents approved of the plan overall during the last public meeting Tuesday before the Marcy-Holmes Neighborhood Association votes on it next month. The master plan will guide development in the neighborhood for the next decade.

University of Minnesota alumnus Joe Schaedler said the plan reflected concerns of both long-term residents and students living in the area. However, the neighborhood still faces many challenges as more students move in, he said.

“In four years, in an inhabited neighborhood, you’re not going to care about it as much as someone who’s in there for 20 years,” he said.

The MHNA has said the 2013 plan, prepared by architecture and design consultant Cuningham Group, is “easier to use” and more visual than the previous plan from 2003.

Schaedler, who has lived in the neighborhood for eight years, said he found color-coded maps, which show where most of the change will occur in the coming years, particularly helpful.

Laura Holey, a student in the masters of urban and regional planning program at the Humphrey School of Public Affairs, said the visuals were unclear.

“I just don’t think they spent enough time describing the visuals they were using and how they differentiate from what is codified in the ordinance,” she said.

Holey said most of the language used to describe the plan to residents was too technical, and presenting the document in more common terms would’ve made for a more effective presentation.

Sophie Wallerstedt, a University alumna who has lived in Marcy-Holmes for two years, said the “abstract” language that board members used in the meeting was confusing, but she looks forward to seeing the plan pass.

“I’m really excited to see what comes out of it,” she said.

The focus groups helped to identify positive areas of the community as well as elements that could be improved, Stableski said.

“The idea is really to listen to the community and then try to meld that with the best practice, which people in urban planning know,” he said. “As a result, we’re narrowing in on things that people care about.”

“The consultants and the team have been very responsive when they’ve gotten feedback,” she said.

Stableski said a current University student sat on his committee, and that involving students in the planning process is an important part of the neighborhood’s future.

“That’s the thing, I think, that we need to work on the most,” he said.

MHNA’s board will vote on the master plan at its meeting next month, Pierson said.

If approved, Pierson said the board will forward the document to Minneapolis City Council for approval after a 45-day public comment period.

Stableski said the plan likely won’t face a vote at the city level until February or March.